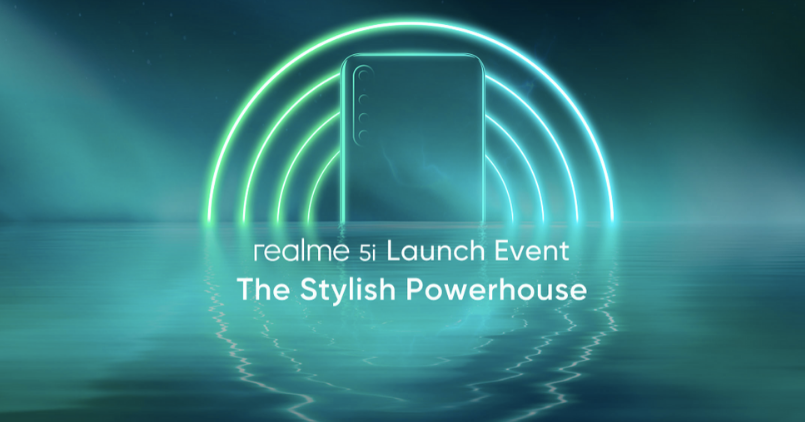 Realme is already gearing up for the first smartphone launch of 2020 in India. The young tech brand has launched a campaign on its website and social, sharing the teaser of the upcoming Realme 5i smartphone. This upcoming Realme handset of 2020 is scheduled to go live on January 9th. Let’s talk about what we know so far about the phone.

Realme 5i – What to expect?

Judging by the name, it will belong to the Realme 5 series lineup introduced late last year in India. It’s a sub Rs 10,000 series, which goes up to Rs 15,000 for the Pro models. So far there are handsets like Realme 5 and Realme 5s in the market with sub Rs 10,000 pricing. We suspect Realme might be introducing a handset in that range.

The Realme 5i is supposed to be powered by a 5000mAh capacity battery, the same as seen on the Realme 5s. There will be an AI quad rear camera setup, with the primary lens likely to be a 12MP lens, instead of a 48MP lens. The other three-lens setup will include an ultra-wide lens, portrait lens, and a macro lens.

Realme hasn’t shared, which model of the Qualcomm Snapdragon it will be using to power this phone. It could be any Snapdragon 600 series SoC. Speaking about the display, it will be housing a 6.5-inch mini-drop fullscreen display, which could be an HD+ or full-HD+ display, depending upon the pricing.

That’s it, there’s no further information available regarding the features and specifications of the phone. What do you guys think of the new upcoming Realme 5i smartphone? Let us know in the comment section below.