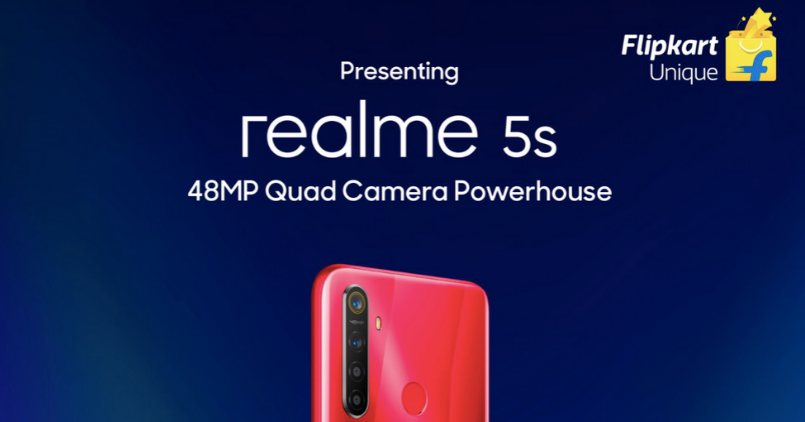 Realme is all set to introduce yet another 48MP camera smartphone in India. The young smartphone maker alongside its first flagship smartphone, X2 Pro, is bringing one more handset. This new Realme smartphone will be called Realme 5s, and it is likely to sit between Realme 5 and Realme 5 Pro. Two of its best new smartphones in entry and mid segments.

What do you expect from the Realme 5s specifications? You can expect it to be powered by quad cameras set up as far as the camera department is concerned. Realme 5s will be coming with 48MP primary per camera setup, it is unknown whether the setup will include a Sony or Samsung sensor. It is likely to be the latter sensor.

Realme has set up a dedicated Realme 5s page on its exclusive online retail partner, Flipkart. This microsite has given us details that you have so far read in this article. There are lots of details missing such as processor, RAM/storage configuration, display, and more. 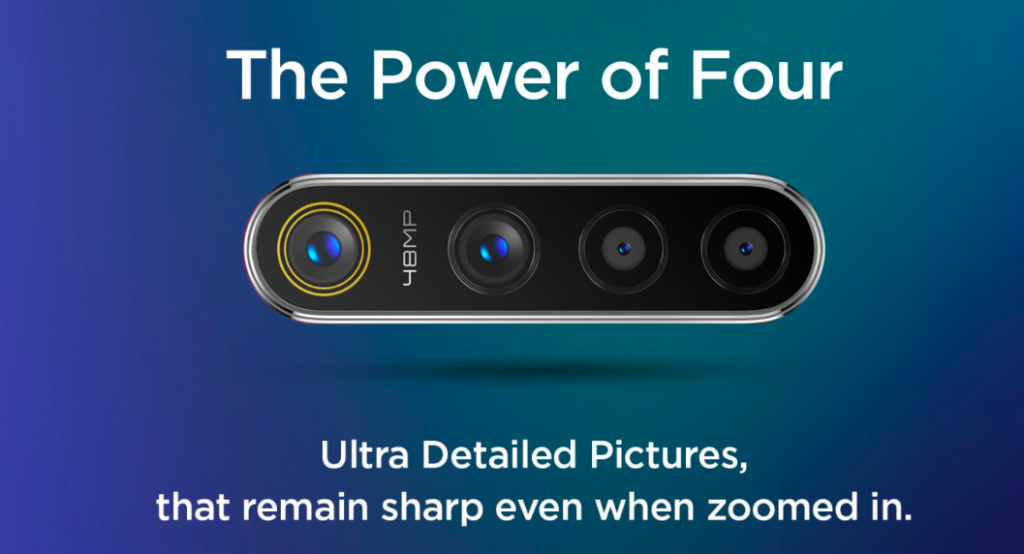 The camera has also showcased the rear side of the phone, which looks an amalgam of the Realme 5 and Realme Pro. And of course, the signature diamond pattern design, which dates back to Realme 1. The teaser shows us the phone in Red, it’s unknown how many more colours it will be released.

What do you guys feel about this new Realme 5s smartphone? Let us know in the comment section below.