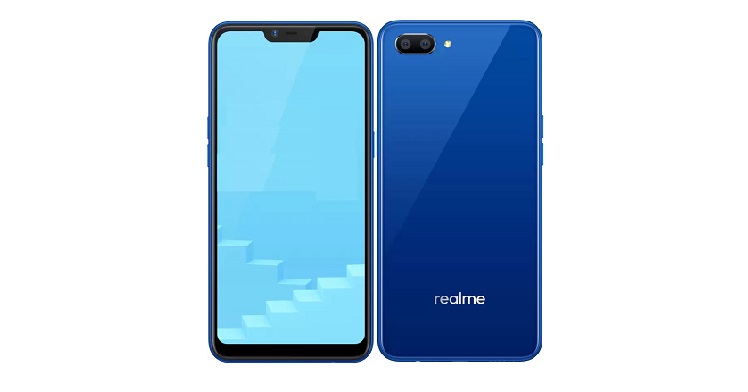 Today, we expected Realme to deliver a world-class mid-range handset to its Indian users, but we didn’t expect the brand to launch a sub Rs 10,000 smartphone. The young brand has launched its second handset for the day, and it’s called Realme C1. Playing right in the field of Xiaomi and Honor phones, Realme has launched its new handset at Rs 6,999. Let’s talk about it below.

Sporting a large 6.2-inch display, which is an HD+ resolution display. Surprisingly, it could be called the cheapest notch display phone in India. With 88.8% screen-to-body ratio that is achieved because of the 19:9 aspect ratio. Talking about the internals of the device, it packs a Qualcomm Snapdragon 450 SoC inside, which is accompanied by a 2GB of RAM and 16GB of internal storage. Note that there is a dedicated microSD card slot, which allows expansion up to 256GB.

In the camera department, it packs a dual rear camera setup of 13MP resolution + 2MP depth sensor. On the front, there is a 5MP selfie camera. Both of these cameras are powered by an AI. Realme teases the design of its latest handset, it comes with 12 layers of nanoscale composite material, meaning it has a reflective design.

It runs on Android 8.1 Oreo-based ColorOS 5.1, which is said to be feature-rich in terms of customization. Apart from utilizing the AI capabilities in the camera department for capturing shots, it offers an AI face Unlock as well. With an absence of a fingerprint sensor, it needed to have at least one biometric security layer. And that is provided by face unlock. All this is powered by a massive 4230 mAh capacity battery.