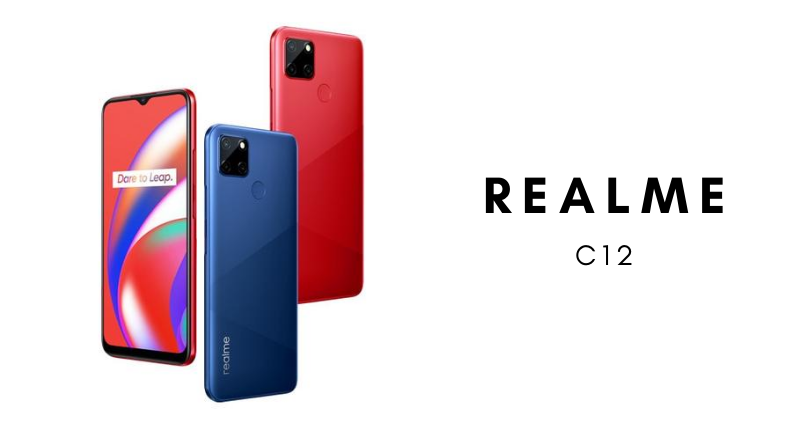 Realme has been on a streak in terms of devices and launches in India as well as all around the world. The brand is going to add two new devices to its already diverse portfolio with the new C12 and C15 in India. Today, the specifications of the Realme C12 have been announced, so, let us discuss the same since it will be launching in India on the 18th of August.

The realme C12 sports a 6.2-inch HD+ display with a mini-drop notch, which is realme’s branding for a waterdrop notch. It has a screen-to-body ratio of 88.7% and an aspect ratio of 20:9. The device comes with the new Geometric gradient design which is somewhat reminiscent of the iconic design language present on older realme handsets. As for performance, the device is equipped with the new Helio G35 processor from Mediatek with 3GB of RAM and 32GB of internal storage.

The realme C12 is available in only one variant, which is the 3+32 GB variant. It is priced at 18,99,000 Indonesian Rupiah (Approx 9,500 INR) and is available in Indonesia for now, with a launch scheduled in India on the 18th of August. What are your thoughts on the device? Would you buy it when it comes to India? Let us know in the comments below.