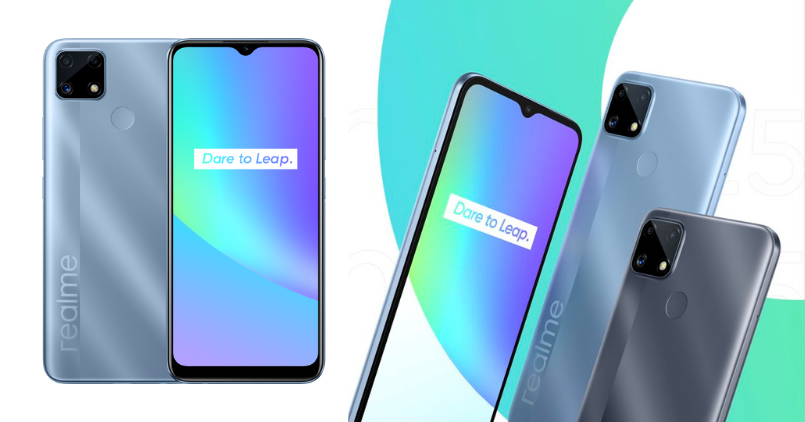 realme C25 is the latest budget offering from the company launched in India. It comes as part of the new realme C series smartphones, which includes realme C20 and C21 as well. The C25 is the higher-end model in the lot featuring a gaming processor from MediaTek and a bigger battery. The device comes in two variants and starts at Rs 9,999.

The realme C25 comprises a 6.5-inches dewdrop notch display with 1600 x 720 resolution and a screen to body ratio of 88.7%. It further comes with TÜV Rheinland certification. The display encloses in a dual-tone finished back, which the company calls it a geometric design inspired by the ocean’s surface. Hence the colour variants here include Watery Blue and Watery Grey. The device equips a rear-mounted fingerprint sensor, for authentication. 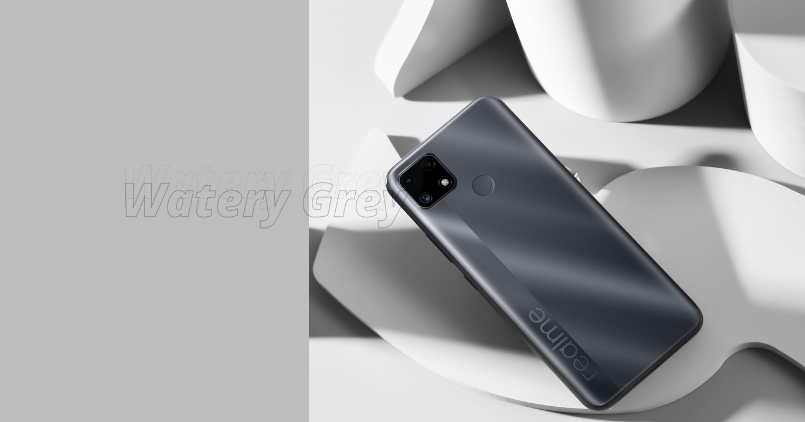 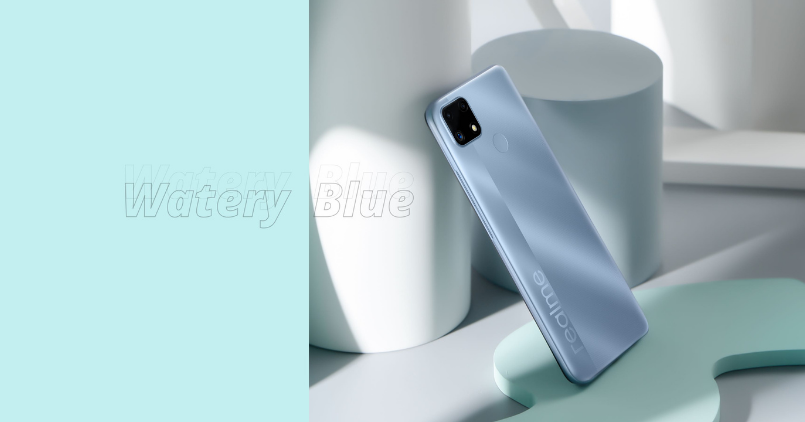 The realme C25 under the hood packs in a MediaTek Helio G70 SoC, which is a gaming processor from the company built on a 12nm process. The octa-core processor uses Cortex A75 cores with promised clock speeds of up to 2.0GHz. On the storage front, the realme C25 features up to 4GB of RAM and 128GB of onboard storage. There’s microSD expansion support too. The device runs on Android 11 with realme UI 2.0 running on top.

The device equips a triple camera system in a square module featured at the back. There’s a 13MP f/1.8 aperture camera coupled with a 2MP f/2.4 B&W lens and a 2MP f/2.4 macro lens. It features modes supporting HDR, Slo-mo, NightScape, to name a few. For video, the rear cameras support recording up to 1080p at 30/60fps. The front carries an 8MP f/2.0 selfie shooter with modes including HDR, Panoramic, and Portrait as well.

The realme C25 equips a large 6000mAh battery that supports 18W quick charge. The other connectivity options on the device include dual-band Wi-Fi, a 3.5mm headphone jack, Type-C, and Bluetooth 5.0.

With the base variant (4GB+64GB) starting at Rs 9,999, the larger 4GB+128GB is priced at Rs 10,999. The device will be available through the realme India website and Flipkart. The first sale of it starts on April 16th at noon.