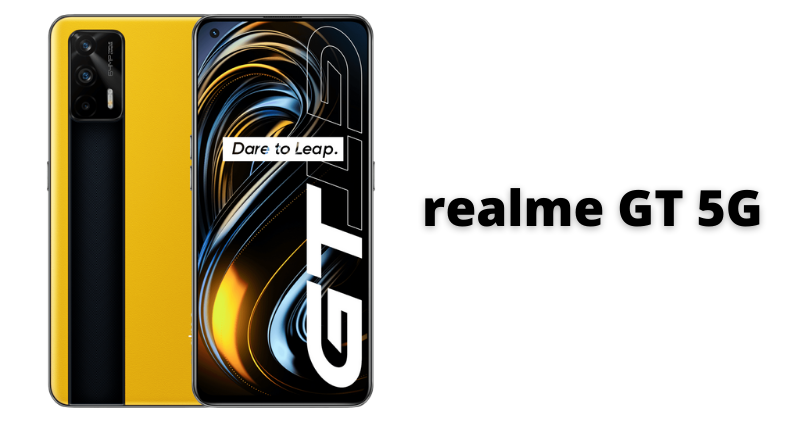 realme GT 5G is the first flagship phone from the company to feature a Snapdragon 888 processor; which is now launched in China. This makes the device 5G capable along with delivering the industry’s leading performance capabilities. The Indian launch of the device is still unclear at the moment; however, the China launch showcases what the new flagship has got to offer. It is bringing in big numbers be it in the display, storage, connectivity as well as cameras.

The realme GT equips a 6.43-inches display, which has got a punch hole cut out on the top left corner. It is a super AMOLED panel with Full HD+ resolution that further supports 120Hz refresh rates as well. The touch sampling rates go all the way up to 360Hz. The screen to body ratio is around 91.7% and further features a 100% P3 wide colour gamut. 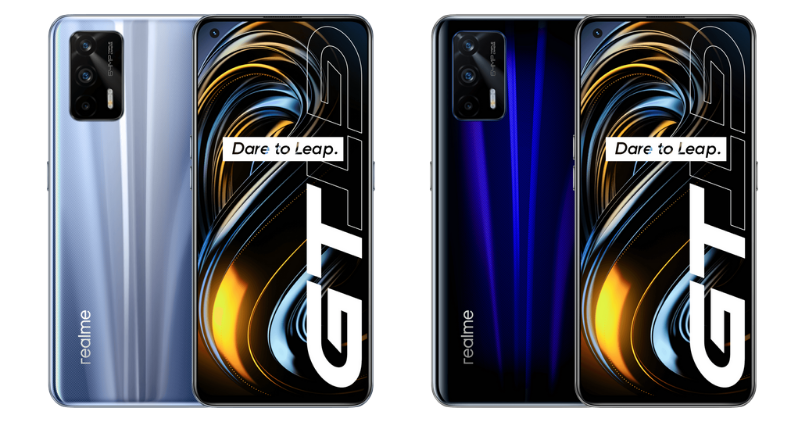 This display encloses a 3D glass body and makes the device around 186g, the company implies. There’s another variant called God of War edition (Chinese translated) that brings in a combination of texture finish including a plain leather material on the rear.

As suggested earlier, Qualcomm’s Snapdragon 888 SoC powers the realme GT. The 5nm process built SoC is an octa-core processor with clock speeds of up to 2.84Ghz. For graphics, it has an Adreno 660 GPU. realme is also introducing 3D tempered cooling underneath, which is a combination of stainless steel and copper. The internal water circulation is further said to be helping in heat dissipation during extensive gameplay.

realme GT packs in a mediocre 4500mAh battery capacity, which is considered a tad bit less considering the current flagship standards and what’s the device is packing underneath. However, it still supports realme’s 65W fast charging solution.

The other highlights of the device include stereo dual speakers with Dolby Atmos and Hi-Res audio certification. There’s a dedicated GT mode, which when activated promises enhanced image quality, 4D vibration and further offers dynamic effects including sound. It also enables a 120Hz refresh rate and gives an advantage faster game boot. 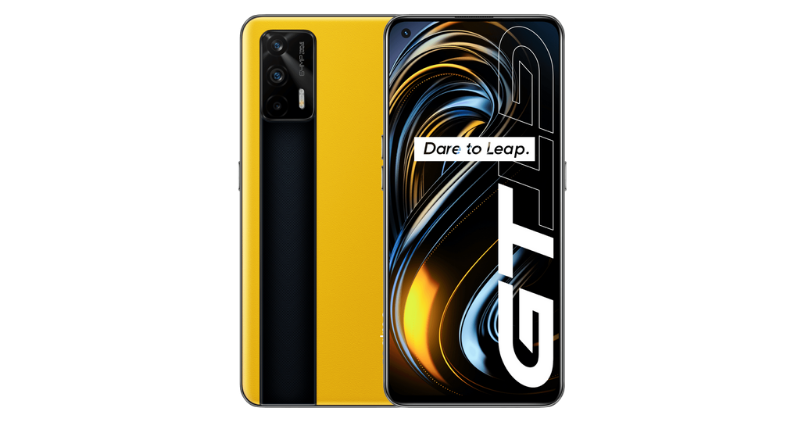 The realme GT retails at CNY 2799 (Rs 31,500 approx.) for the 8GB+128GB variant. It costs CNY 3299 (Rs 37,100) for the larger 12GB+256GB variant. The colour options of the device comprise — Dawn Yellow, Deep Sea Blue, and Galactic Silver. These are currently available for purchase in Chinese markets, and global launch is still awaited.