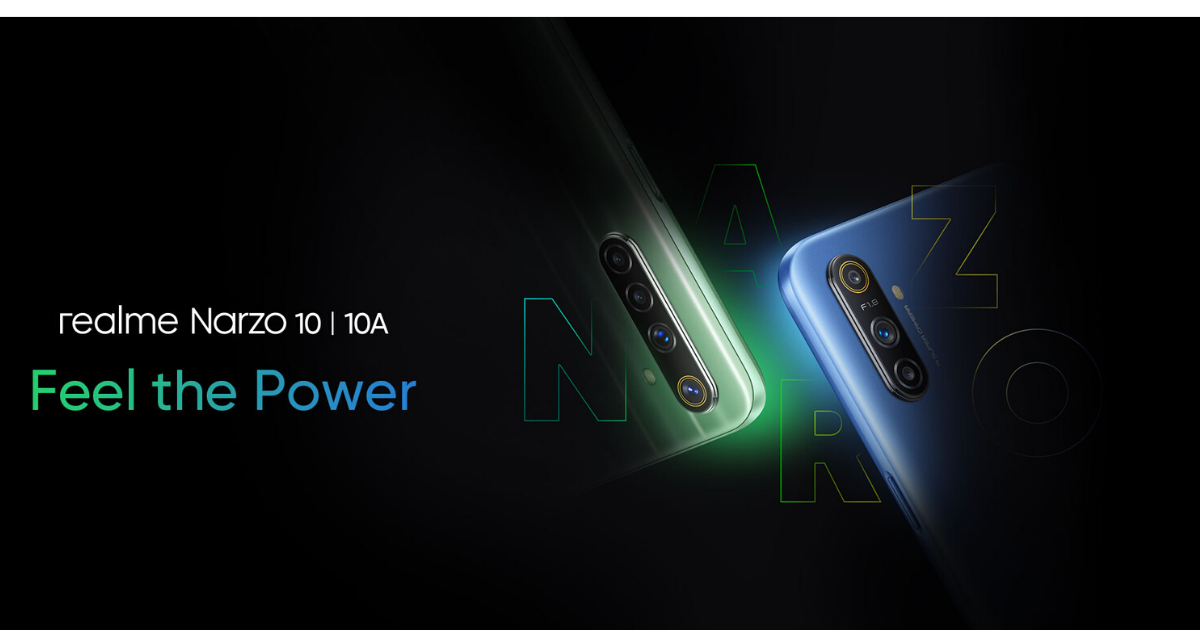 Indian smartphone brand Realme is all set to launch a brand-new series in the sub-continent in the coming week. The company will finally pull the curtains off of two phones in the youth-centric Narzo series, namely the Realme Narzo 10 and the Realme Narzo 10A. The smartphones were initially scheduled to be launched in the month of March, however, the company had to delay the event owing to the nation-wide lockdown.

Guys, here comes the news that you all have been waiting for!#realmeNarzo is back, so get ready to #FeelThePower!
Watch the online video streaming live on 21st April at 12:30PM.https://t.co/TNdsEY8ZVS pic.twitter.com/ih9B19zQta

In a recent Twitter post, the company’s CEO, Madhav Sheth stated that the company will now launch the aforementioned devices on the 21st of April. The company will telecast the launch event on its YouTube channel.

To recap, the Realme Narzo 10 and the Realme Narzo 10A will be youth-focussed smartphones. The Realme Narzo 10 will reportedly ship with a 48MP quad-camera setup at the back, whereas the Narzo 10A will come equipped with a triple-camera setup on the rear. Both the smartphones in the Narzo series will ship with a 6.5-inch panel. The display will feature a water-drop notch, amounting to a screen-to-body ratio of 89.8 percent. The handsets will also come equipped with a 5,000mAh battery, with support for fast-charging too.  As for the CPU, the company has teased a gaming-oriented processor for both the phones.

The Realme Narzo 10 and the Narzo 10A are expected to be priced under the Rs 10K mark. However, owing to the GST hike, the handsets could launch at a slightly higher price point too. Do let us know your guesses for the smartphones expected pricing in the comments below and stay tuned to our blog for more updates on the same.