Home | Tech News  | Realme UI based on Android 11 Preview released, take a look at the changelog

Realme UI based on Android 11 Preview released, take a look at the changelog 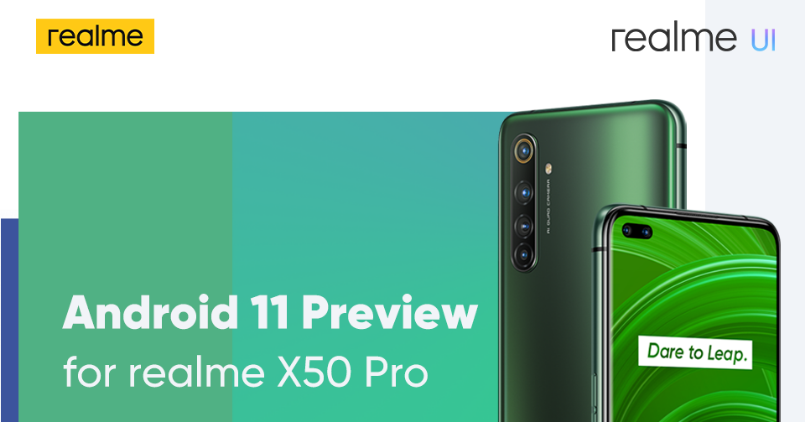 If you were taking note of what was going on in the tech world yesterday, you undoubtedly heard about the latest version of Android being rolled out, Android 11. Post the announcement major brands instantly started pushing out the update to their flagship phones. Realme took a different route with the brand launching Android 11 alongside it’s UI’s update, realme UI 2.0. This meant that there were many new features being rolled out. What are they? Let us discuss in brief.

realme provided the new and updated realme UI 2.0 update to 100 users of its flagship, the realme X50 Pro. The major headlining feature is a newer version of Android, with there being small updates to the UI as well. The update includes support for 3rd party icon packs, something that was not available for realme users. To add to that, there are now three different dark modes, based on intensity.

Installing a massive 3.2GB Realme UI 2.0 update on top of Android 11. In the change log, I found the updates to camera app pretty useful. Plus, there are some much needed changes implemented as well. Particularly, the support for 3rd party icon packs.

There is also a new Optimized Night charging feature, which will charge your device slowly if left to charge overnight. The brand has also added minor additions to the launcher, weather widgets, gaming mode, system features. As for the camera, some interesting features such as level and grid mode for proper composition, lens stain detection, inertial zoom during videos.

All these new features are quite interesting, but, it will currently be limited to the realme X50 Pro. The brand has started hinting at an event regarding the new UI update, with the device support being revealed in the same event. So, we will have to wait for the event to know the devices that are going to receive this new update.

What are your thoughts on the new realme UI 2.0 update? Let us know in the comments below.