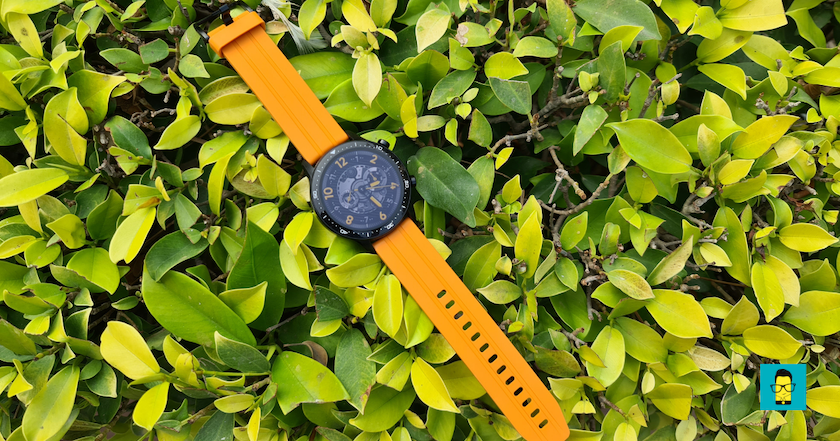 Realme is the fastest tech brand, which quickly ventured into smart lifestyle products after a successful introduction of a range of smartphone series in India. In 2018, they announced their first smartphone, and 2019 saw realme introducing their smart band and then an affordable smartwatch. Now December 2020 marks the introduction of realme’s first premium smartwatch. Meet Realme Watch S Pro, realme’s latest offering in its AIoT ecosystem bound by its app realme LINK. This brand has no intention of slowing down anytime soon. Neither do we.

Recently, realme sent us their brand new Watch S Pro for review and here’s why we think it’s the smartwatch that deserves to be on your wrist.

Realme’s new smartwatch is a showstopper! For one, this wearable is extremely sleek and has a sporty dial with a minimalist touch, allowing buyers to dress it up or down. Secondly, you can pick up the S Pro with a colourful strap, including Black, Blue, Green, and Orange. They add to the wearable’s flaunt factor. That being said, it’s interesting to note that you won’t be chained to a strap choice should you pick the smartwatch as the unit features rapid-release pins. They allow buyers to sift through different straps effortlessly. All said and done, Realme has done a pretty good job with the design of the S Pro. 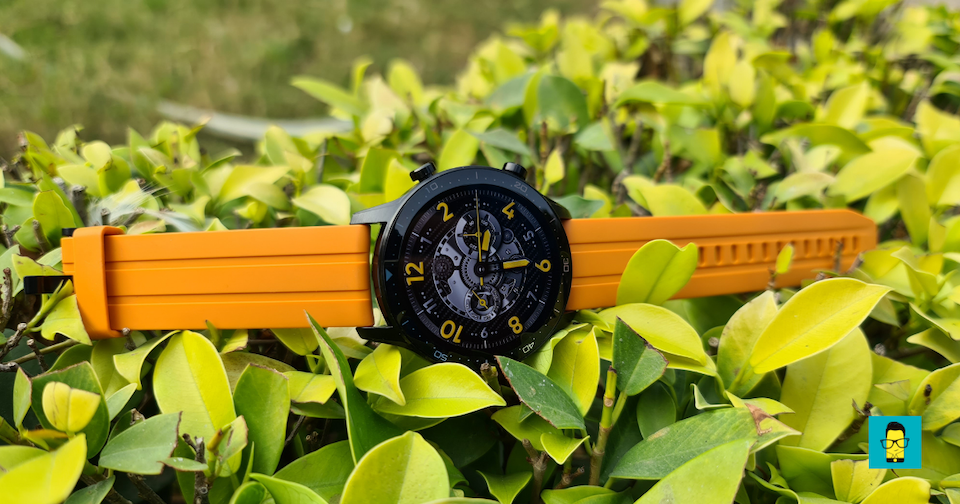 The Realme Watch S Pro ships with dual physical buttons, cleverly placed for convenient access on either hand. The buttons are used to go back to the home from any screen. While the top crown also functions as a power on or off button, the bottom crown gives direct access to the workout modes. Apart from that, buyers will get a heart rate monitor on the wearable’s underside. Barring that, the Realme watch is void of any toggles, which furthers the S Pro’s minimalist aesthetics. 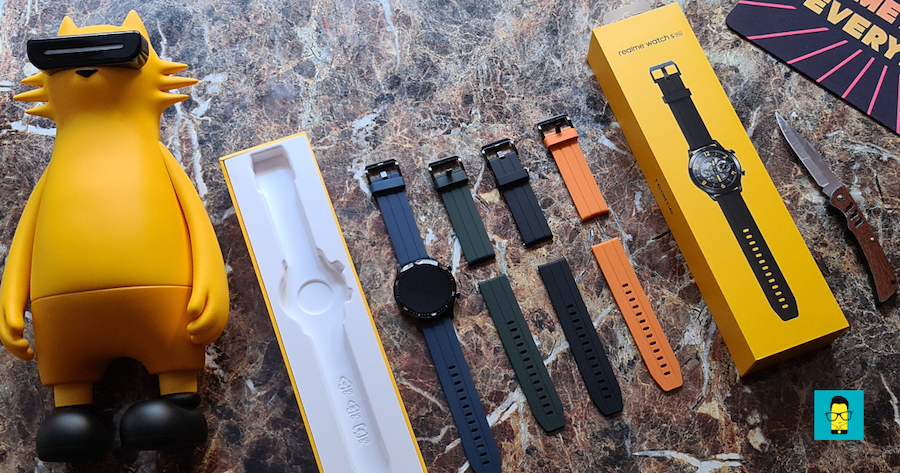 Thanks in part to its svelte chassis, the Realme Watch S pro is absolutely comfortable to wear. Moreover, the durable silicone straps give your skin room to breathe. Speaking about the weight, it could’ve been lighter when compared to the competition from Xiaomi and Amazfit. Nonetheless, it’s still comfortable to wear the smartwatch to bed at night. I’d also, like to point out that, S Pro’s crest didn’t bite my wrists when I was doing push-ups or my regular wrist exercises.

Also, the S Pro is water-resistant up to 50m, so you can sweat it out in this lockdown without worrying about damaging the smartwatch.

The Realme Watch S Pro ships with a 1.39-inch AMOLED display, which is plenty sharp and bright for day to day usage. Moreover, the screen is bordered by lean bezels, ensuring you get a lot of screen real estate without making display big and bulky. You will also get always-on display functionality, which at the time of reviewing the watch hasn’t been rolled out by the brand. Thankfully, the “raise to wake” feature is available to make up for the unavailability of AOD display. And it works every time without amiss! 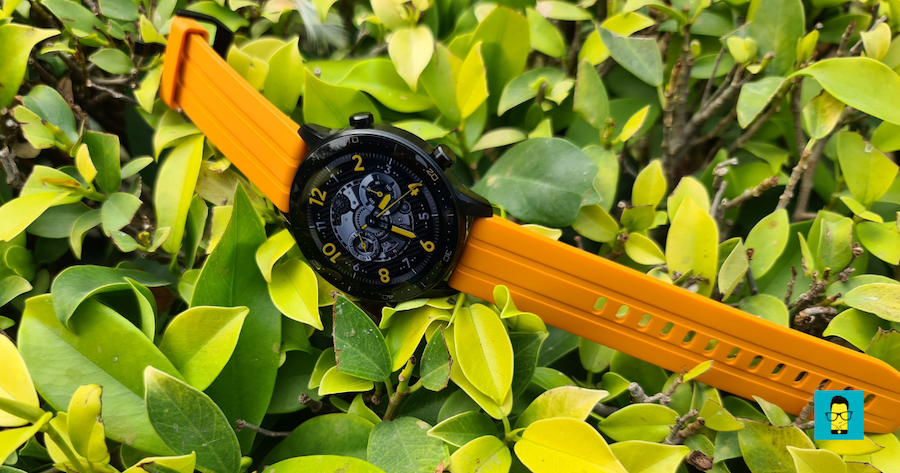 Realme also teases the availability of 100+ watch faces during the launch event. And guess what, it was already rolled out via OTA. Further, the realme LINK app allows you to customise watch faces according to your needs. You can apply wallpapers from your phone on to the wearable.

Much like its siblings, the Realme Watch S Pro also runs on a proprietary unnamed OS which simply put, is as barebones as it gets. Unlike competing smart watches, the S Pro doesn’t come with the support of third-party apps which somewhat limits the functionality of the smartwatch. Such as you can’t reply to the notifications, you can’t accept the call, since there’s also no built-in microphone. Furthermore, the proprietary OS means you can’t load your favourite fitness apps like Strava, My Fitness Pal, Google Fit, or more such popular fitness apps. Well, only if it was a Wear OS-enabled smartwatch, it would have been a force to reckon with. 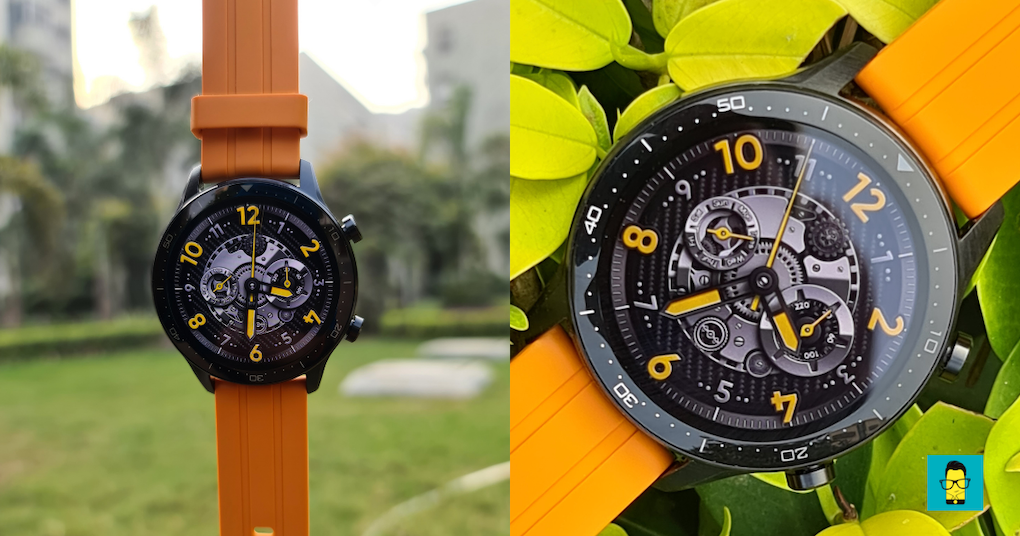 One upside of the lightweight overlay is that you’ll scarcely notice any lag or stutter whilst navigating through the user interface. Speaking of which, the S Pro offers touch-based controls to go about the UI and a swipe to the left, or the right will let you access the step counter, the heart-rate monitor, and more. A swipe up from the bottom on the home screen brings up the watch’s menu from where you can access all the 15 apps. Whereas a swipe in the downwards direction pulls up the notification shade. The quick-action toggles are accessible with a swipe left from the home screen. A single tap on the crown or the physical button will take you back to the home screen and a long-press is used to end a workout or an activity.

Speaking about the realme LINK apps’ interface, I felt it has a clean design as it presented me with my fitness stats front and centre. The downside, however, is that the smartwatch takes a hot minute to sync data with the app. The scenery remains unchanged should you want to update the watch face, which ideally shouldn’t be the case. Moving on, the app lets you hand-pick which services can push notifications over to your wrist. It’s easy to configure. I noticed the watch would buzz my wrist as soon as I was getting a message, there wasn’t a noticeable delay in serving the notification. But unfortunately, there’s no way to revert back to the notifications through the smartwatch, which is a bummer.

Compared to Fitbit Versa 2 which retails for a couple of thousand bucks more and offers voice dictation as well as custom quick replies, the Watch S Pro did leave me desiring for more.

The Realme Watch S Pro can track 15 different activities, the likes of which include Outdoor Run, Indoor Run, Outdoor Walk, Indoor Walk, Outdoor Cycling, Spinning, Hiking, Swimming, Basketball, Yoga, Rowing, Elliptical, Cricket, Strength Training, and Free workout. Further, to support your outdoor adventures, it comes with built-in GPS, which latched onto my location within 15 seconds. Correspondingly, it lets you map routes using  Watch S Pro without having to carry your phone when you are out on a run or cycling. The step tracking was accurate for the most part too, and the smartwatch didn’t factor in ghosts steps either, which is good. 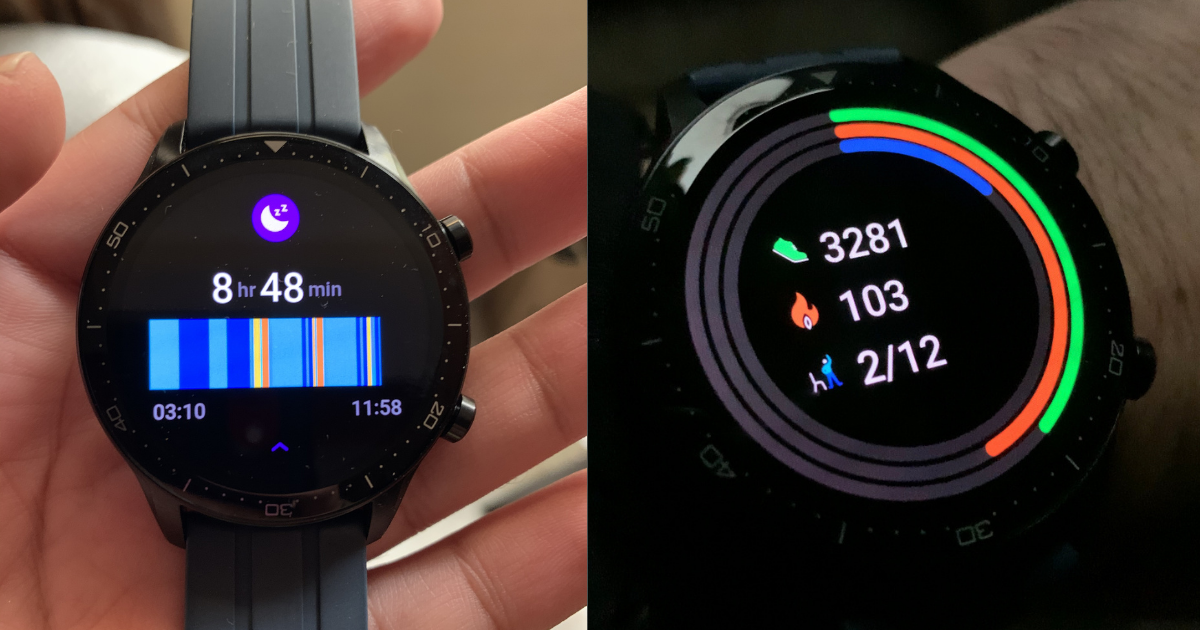 The Watch S Pro also lets you track your swimming routines, although I couldn’t quite put the feature to test since it’s shivering cold in Delhi right now. Realme has introduced something called SWOLF score, which apparently is used by professional swimmers to monitor their efficiency. Swim Golf or SWOLF is obtained by adding together the number of strokes taken in the pool length, and the time it took to swim that length.

Interestingly enough, the watch starts acting up should water droplets hit the display, which is why the company restricts touch-screen usage when swimming. Speaking about sleep tracking, the Watch S Pro can provide insights into user’s REM sleep and helps you map sleeping patterns. You get to work with metrics like deep sleep, light sleep, REM value, and Awake minutes. Further, it’s all presented in percentage so you get a better idea of your sleep behaviours. What’s more, it also maps your heart rate during sleep.

That being said, Realme’s smartwatch has rarely disappointed us in the battery department and the new Watch S Pro is no exception either. The smartwatch advertises a two-week battery life and during my stint with the wearable, I comfortably got 6 days with more than 50% juice remaining to exploit. It should last for six more days, adding up to 12 days usage. I kept 24-hour heart rate monitoring and a bunch of other features turned on. I extensively used the watch to access notifications and a range of its features during the review period. Suffice it to say, the Watch S Pro will spend more time strapped to your wrist rather than staying put on a charger.

The Realme Watch S Pro is a fairly premium smartwatch for the price it’s launched in India today. The wearable offers extremely good fitness tracking features, a gorgeous AMOLED display, and class-leading battery life. Further, adding to the mix is the fabulous design, which is flaunt worthy. 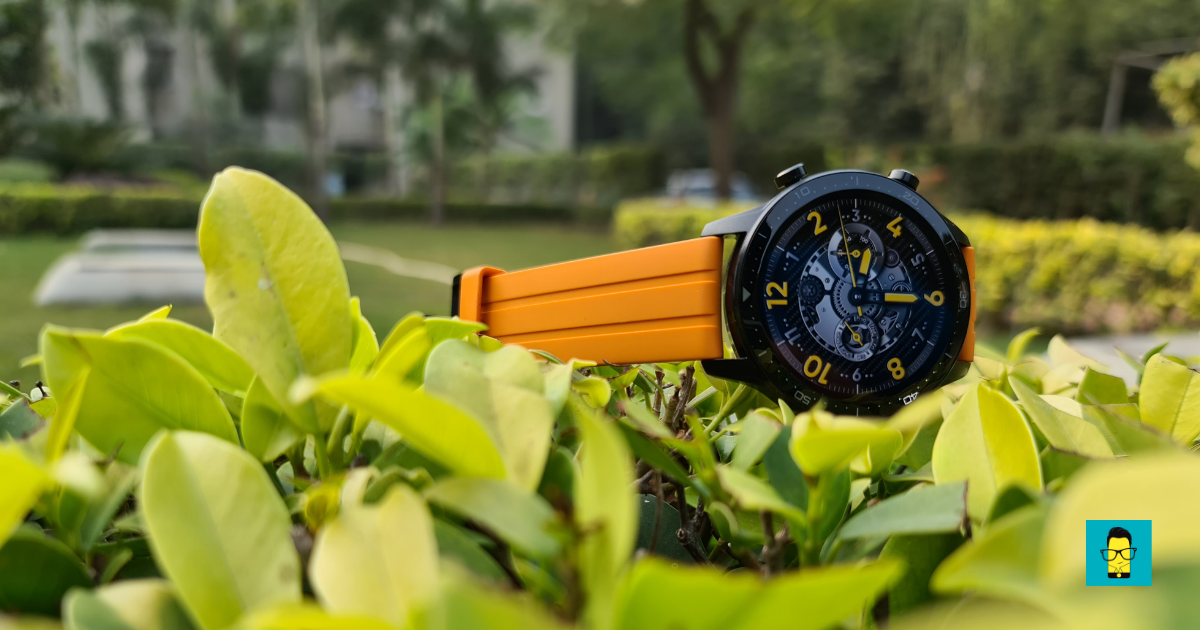 Now, if you don’t care much for third-party app support in the first place then, by all means, the Watch S Pro is a sterling buy. If not, then you might want to look at what else the market has to offer.

Next, we will be comparing Realme Watch S Pro with Mi Watch Revolve. Let us know in the comment section, what do you want to know in this full comparison.