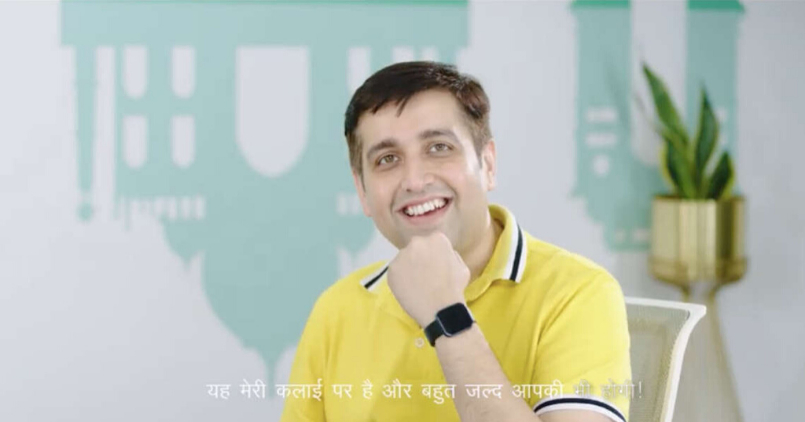 Realme recently announced its all-new Narzo series of phones in India after more than a month’s delay amid the lockdown. Now the brand is gearing up for yet another launch. Madhav Seth, CEO of Realme, recently teased a new IoT product launch. The wordplay in his latest tweet suggests that there could be a smartwatch coming from Realme. It is likely to be dubbed as Realme Watch.

Interestingly, this is not the first time we are hearing about the Realme Launch. In his #AskMadhav video series, the CEO was seen wearing what appeared to be a Realme Watch. This episode dates back to a day before lockdown started in India, i.e. March 25th.

When is the Realme Watch coming to India? At the moment, the release date hasn’t been revealed by the brand. While we wait on the unveil date, it is widely reported that Realme’s next product launch in India will coincide with its China launch event, where the brand is purported to announce up to eight new products.

Watch me!
Are you ready to join our journey in becoming India’s Most Popular Tech-Lifestyle Brand?
Our next AIoT products are on the way?
RT to show your excitement. pic.twitter.com/3Ny6EEDMi4

What do we know about the Realme Watch?

Well, thanks to the extensive render and key specifications leak by XDA Developers, we know a lot about this upcoming Realme wearable. The said watch is believed to flaunt a 1.4-inch LCD with 320 x 320 pixels resolution.

Speaking about the battery details, the watch will be packing a 160mAh capacity battery. As per the leak, the battery life will reportedly last up to 7 days with 24-hour heart rate monitoring. The charging pins are supposed to be on the back of the watch.

The upcoming Realme Watch is purported to have an IP68 rating, which will make it a water and dust resistant. If that’s true, it will add value to the durability factor of the said watch. The connectivity features could include Bluetooth 5.0 support and a definite companionship with the Realme Link app.

As far as the interface is concerned, it will reportedly have a custom UI with five different watch faces and Hindi language support. The watch is believed to boost features like sleep tracker, step counter, activity tracker, and more.

We expect more information reveals as the company moves forward with the teasers for its next product launch. What do you guys think of the Realme Watch’s India pricing will be? Let us know in the comment section below.