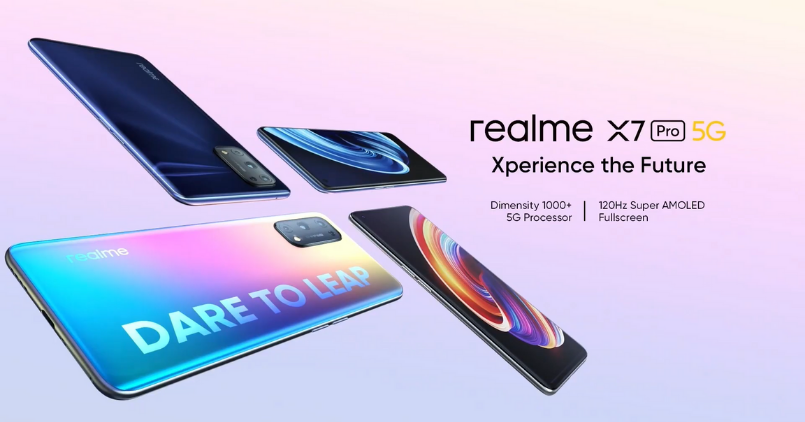 Realme X7 Pro 5G is the latest flagship smartphone under its newly announced realme X7 5G series. The company has launched its first 5G smartphone under realme X series, and the X7 series comes as the second iteration to it. While the 5G series has seen its launch in China, last year, the realme X7 5G and the X7 Pro 5G are the new devices now available in the country. The former acts as the entrant to the 5G series with Dimensity 800U SoC and the realme X7 Pro 5G come as the true flagship with more premium features.

Right off the bat, the realme X7 Pro 5G comes in two new colour variants — Fantasy and Mystic Black. The latter comprises a convex lens texture, featuring ‘layer’ and ‘triangular’ effects. Meanwhile, the Fantasy colour variant uses a mix of Double-Grain, Double-Plated, and Anti-Glare textured finish on the rear. The Double-Grain and Double Plated combine to create a multi-layered texture that further creates a flow of psychedelic colour, and AG finishing creates a tactile texture on the back, the company suggests.

On the front, there’s a 6.55-inches Super AMOLED punch-hole display with Full HD+ resolution. It further comes with a 120Hz refresh rate (the touch sampling rate is as high as 240Hz). The display achieves a maximum brightness of up to 1200 nits and screen to body ratio 91.6%. On top of it, there’s Corning Gorilla Glass 5 protection as well.

Under the hood, the realme X7 Pro 5G equips a MediaTek Diminesiy 1000+ 5G chipset. The octa-core processor built on 7nm process clocks speeds up to 2.6GHz and for graphics, it uses an ARM Mali-G77 MC9 GPU. The storage option includes an 8GB of RAM (LPDDR4x) escorted with 128GB (UFS 2.1) of onboard storage. The software on the device includes Android 10-based realme UI, and the 2.0 version of it is said to be arriving soon. 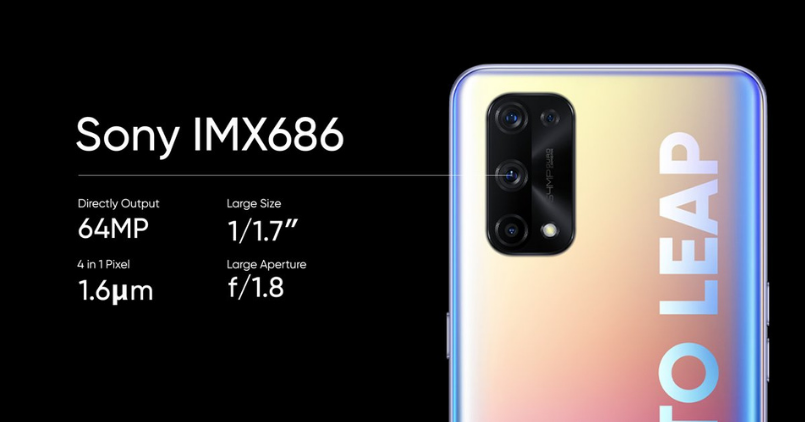 On the front, the realme X7 Pro 5G equips a 32MP selfie shooter in the punch hole cutout, which also has an 80-degree field of view (FoV) and f/2.45 aperture. It supports slow-mo recording up to 1080p at 120fps alongside standard video recording at 30fps for 1080p. The selfie camera also features a bunch of modes Portrait Mode, Timelapse, Front Panoramic, Beauty Mode, HDR, for example.

The realme X7 Pro 5G features a 4500mAh battery capacity, which is a dual cell battery. It charges through USB Type-C and supports the company’s 65W SuperDart charge technology, which claims to top up the battery to 100% in no more than thirty-five minutes. The device further supports reverse OTG charging with 2.5W output. 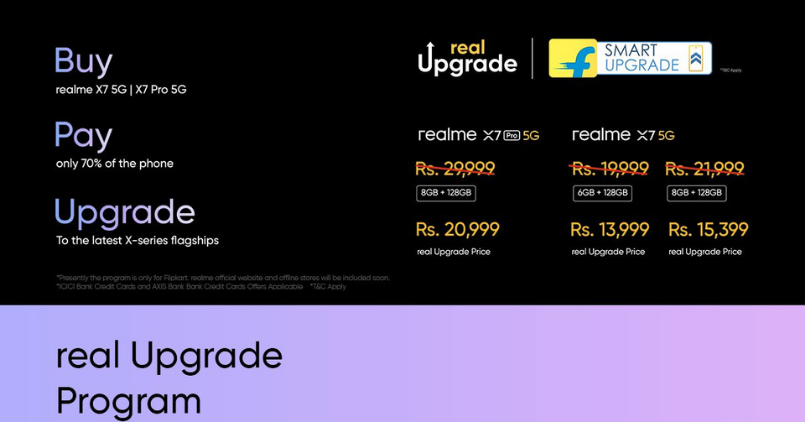