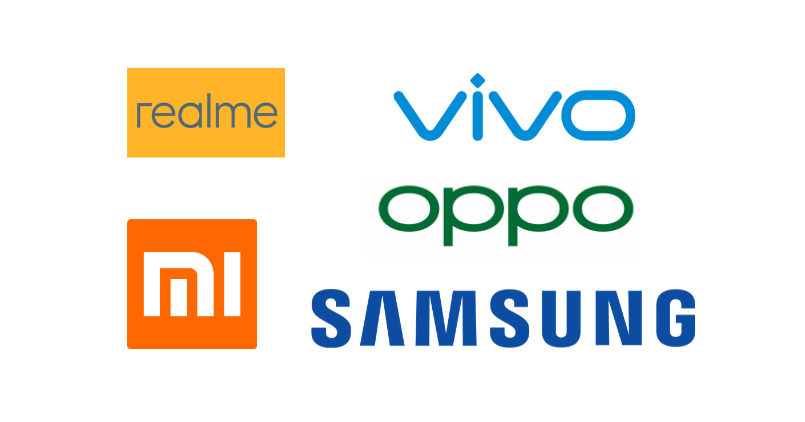 According to an IDC report of smartphone market share in India for the last quarter, Realme’s smartphone shipments have declined significantly from 16.74% in a festive month (September) to 9.3% in November and 8.23% in December. Whereas Xiaomi and Samsung have shown consistent growth post-festive month. There could be multiple reasons involved behind these numbers for the brands mentioned above.

The International Data Corporation’s Associate Research Manager, Upasana Joshi, shares this report depicting the drop in the market share of this young technology company, which once showcased 800% year-on-year growth, as reported by Counterpoint Research for the Q3 2019 numbers. But unfortunately, the Q4 2019 numbers seem to be not in favour of the young brand.

While talking about the other popular smartphone brands like Samsung and Xiaomi, they have seemed to shown growth. Samsung managed to get 16.19% in September 2019, 19.85% in October 2019 and 21.08% in November. The South Korean brand’s online shares also rocketed to 18.77% from 10.3% in September to November.

Samsung’s Galaxy M30s, which was a fairly good package in sub Rs 15,000 has helped garnered these numbers for the brand. Especially online sales figures. Relatively, Samsung’s Galaxy M series has done a lot of good to the brand when compared with its Galaxy A series line-up.

Coming to Xiaomi’s market share, the Chinese technology giant sold more than 1 million units of its Redmi Note 8 series, which was announced just in time for the festive season. Due to constant sale periods, and price cut for its most of the handsets, the brand has managed to sell millions of units post-festive season as well. Unfortunately, there are no numbers shared for the Xiaomi’s market share in those respective months mentioned above.

As far as the Vivo and OPPO’s market shares are concerned, both brands managed to revive their shares over the course of the months in question here. Currently, Vivo is sitting at 16.92% in November 2019 and 11.12% in November 2019 for OPPO.

Currently, all these top five brands (not mentioned according to market share) – Samsung, Xiaomi, Realme, OPPO, and Vivo, are offering heavy discounts on its entire range. The e-commerce platforms, Flipkart and Amazon are running Republic Day Sales. There is a wait going on for brands like Realme and Redmi to release their next smartphones in India.

Xiaomi especially seems to be being absent from the market as far as the smartphone launch is concerned. What do you guys think will be Xiaomi’s first smartphone launch in India for this year? Let us know in the comment section below.