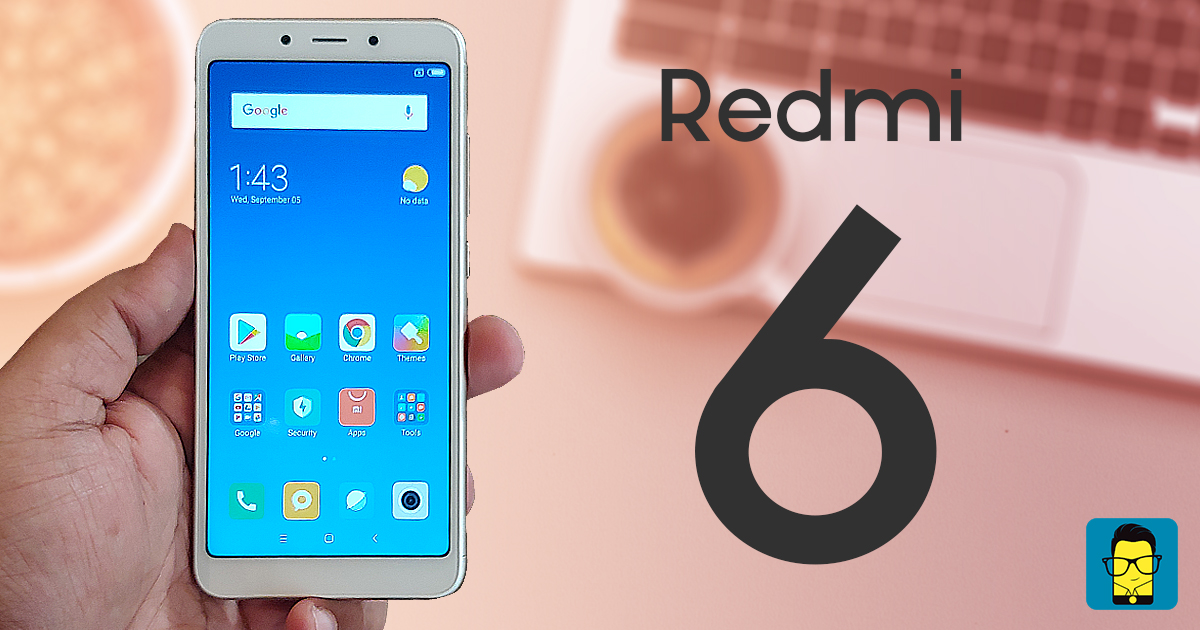 Didn’t Xiaomi launch the Redmi 5 in March in India? Wow, the company is making more phones than I can keep a track of. Anyway, we have the Redmi 6 now. Before the launch, I did my preliminary specs comparison check of the Redmi 6 with the Redmi 5, and it just left me confused. The only tangible upgrades – at least on paper – are the new dual cameras on the rear and the upgraded RAM+storage variants. Maybe, I wasn’t looking closely.

Well, I did take a look at the Redmi 6 at the launch in New Delhi. There’s more to the story. Let’s discuss. 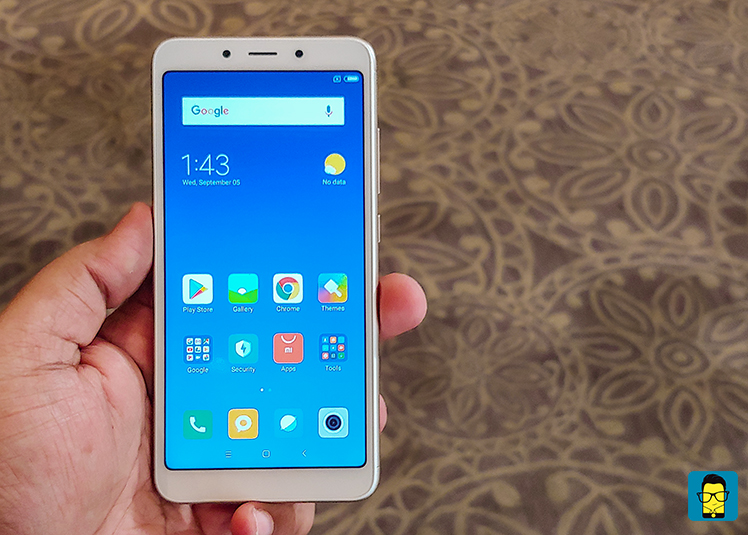 I don’t know what happened here, but Xiaomi has ended up reducing the physical footprint of the Redmi 6 compared to the Redmi 5. You now get a phone that is defined by its 5.45-inch display on the front. This makes the Redmi 6 smaller and lighter than the Redmi 5. But, not everything is hunky dory. The Redmi 5 is chunkier at 8.3mm thickness. I didn’t think much of the added girth, though. It felt fine to me.

The other design change that I noticed is that the Redmi 6, despite the 18:9 aspect ratio HD+ IPS LCD panel, has slightly thicker bezels compared to its predecessor. It is immediately apparent. The screen-to-body ratio has gone down from 75.9% on the Redmi 5 to 72.7% on the Redmi 6. Honestly, I am just glad the phone doesn’t have a notch. #LittleJoysofLife 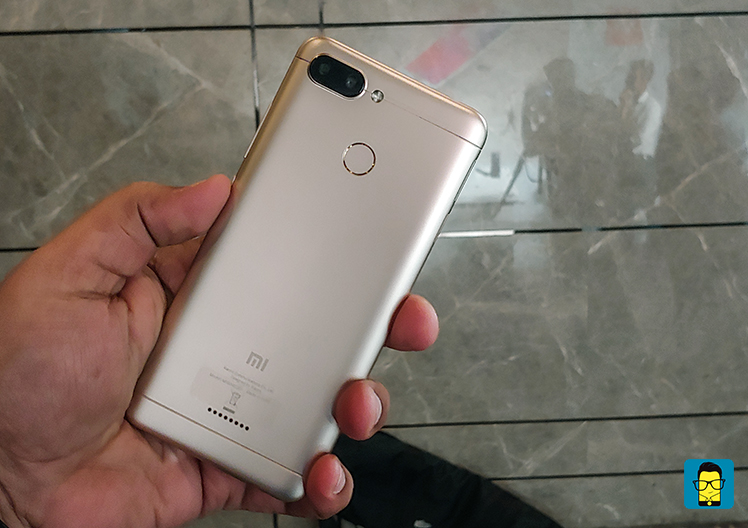 The Redmi 6 is made of aluminium and has plastic caps on the top and the bottom for antenna signals. I think it has the wherewithal to take some beating. Also on the rear is the fingerprint scanner and the phone has the option to use face unlock as well.

Redmi 6: a few issues with the design

One of the design changes that has irked me the most is that Xiaomi has moved the speaker on the Redmi 5 from the bottom to the rear on the Redmi 6. This means that the sound is bound to get muffled when placed on a surface. Also, the company has removed the infrared port from this phone for some odd reason. Things one has to do to afford dual cameras in a phone at a budget price, I guess.

Just like the Redmi 6A, the Redmi 6 also has two separate slots. One that accepts a Nano-SIM and a Micro-SD card, and another that exclusively accepts a Nano-SIM card. Perhaps, the biggest update to the Redmi 6 has to be the fact that it supports Dual VoLTE, Dual Standby. I am sure a lot of you guys are grinning from ear-to-ear after listening to this fact. 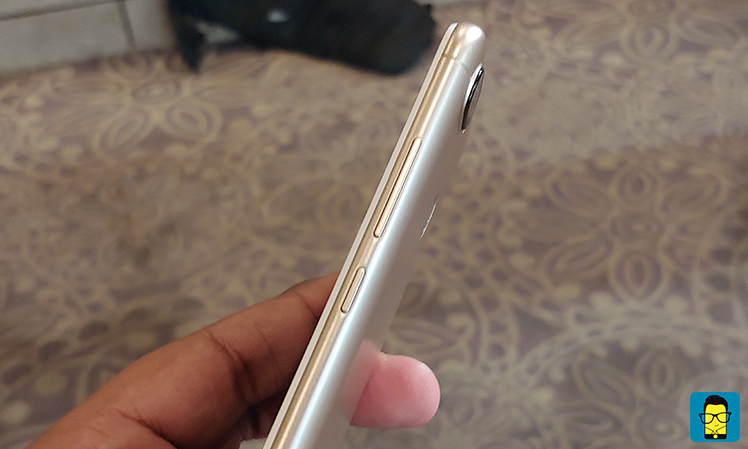 Overall, the Redmi 6’s new design is a result of an upgraded set of priorities and cost-cutting measure to include other components.

Redmi 6: the new MediaTek processor is not really an upgrade

The Redmi 6 now has a MediaTek Helio P22 processor, which is an octa-core processor with four Cortex A53 cores clocked at 2GHz each, and four low-powered Cortex A53 cores clocked at 1.5GHz each. Everyone must be wondering why Xiaomi moved from Snapdragon 450 to Helio P22. My educated guess is that MediaTek processors are more cost effective, which helps Xiaomi upgrade the camera specs and the storage and RAM of the base variant. So essentially, now you get 3 gigs of RAM and 32GB of storage as the base variant and 3GB/64GB config in the top-end one. This is better than the 2GB/16GB and 3GB/32GB configuration of the Redmi 5. 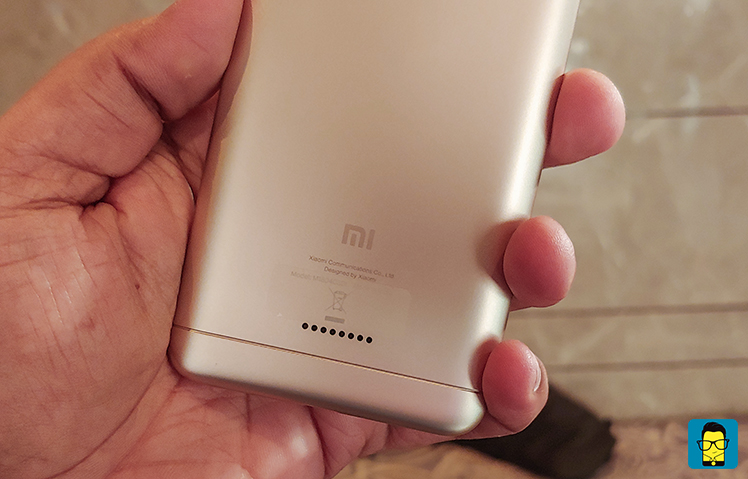 The phone was pretty responsive in the limited time I spent with it there but I need more time to figure out if it is good enough for daily usage. Oh, you also get the same 3000mAh battery, which Xiaomi claims will last longer. Another theory, we need to put to the test.

The Redmi 6 comes with dual rear cameras. The primary camera is a 12MP sensor with a large 1.25-micron pixel size. The secondary 5MP camera is mostly a depth sensor. The phone also has EIS now in video recording, so that is an advantage. And on the front, 5MP shooter. All of which, I am yet to test. So stay tuned for that. 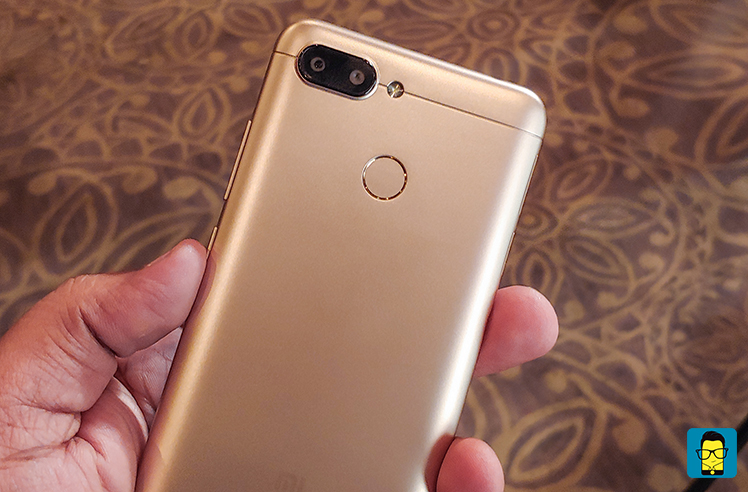 The Redmi 6 is a curious beast. I am convinced that Redmi 5 users do not need to upgrade to the Redmi 6. Unless you really want Dual 4G and dual cameras. Should you want to buy one – the 3GB/32GB variant will set you back by Rs 7,999 and the 3GB/64GB variant will set you back by Rs 9,499. Wait for our full review of the phone. Until then, just let us know what you think about it in the comments section below.