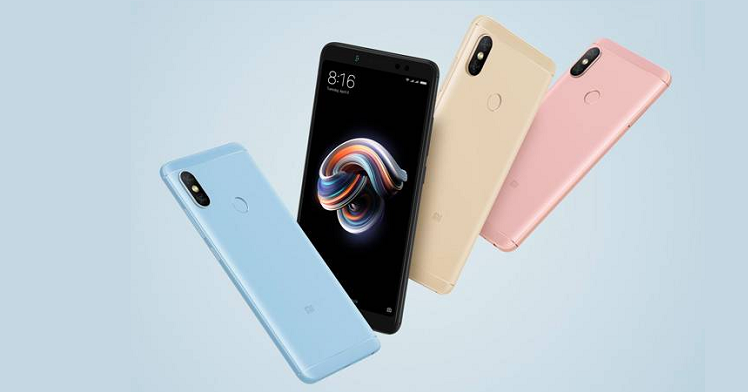 The Redmi Note 5 Pro was announced in February this year in India and it was ahead of the Chinese launch which happened later. Now, information regarding the Redmi Note 6 Pro has started to creep up to the surface of the Internet with well-known tipster Roland Quandt posting some details about the device on his Twitter handle today. The handset had recently appeared at the Federal Communications Commission in the US signalling that this could be the first Redmi Note to debut in the US.

As per Quandt’s post, the phone is coming in 3GB/32GB, 4GB/64GB variants, and will be priced 200 – 250 Euros. This is a bit steep but the source is talking about European pricing which is always a bit more than Indian and Chinese levels. He also says the handset will be available in Gold, Blue or Black but also in more other shades. What is worth noting is that the Note 5 Pro starts with 4GB + 64GB combination and is a higher-end device than the Redmi Note 5 which usually has less RAM and storage. Now, either this means there will be no Redmi Note 6 this year which is unlikely or Quandt is referring to the Redmi Note 6 also as the Redmi Note 6 Pro.

Also read: Nokia 6.1 Plus vs Mi A2 vs Redmi Note 5 Pro camera comparison

Since the Redmi Note 5 Pro launched in February, it is not quite time for the Note 6 Pro to go official, unless of course, Xiaomi wills it to. A year-end launch would be a more realistic prediction. Until then, enjoy the leaks.