Home | Tech News  | Redmi is now a sub-brand of Xiaomi, and a 48MP Redmi phone is set for launch on January 10

Redmi is now a sub-brand of Xiaomi, and a 48MP Redmi phone is set for launch on January 10 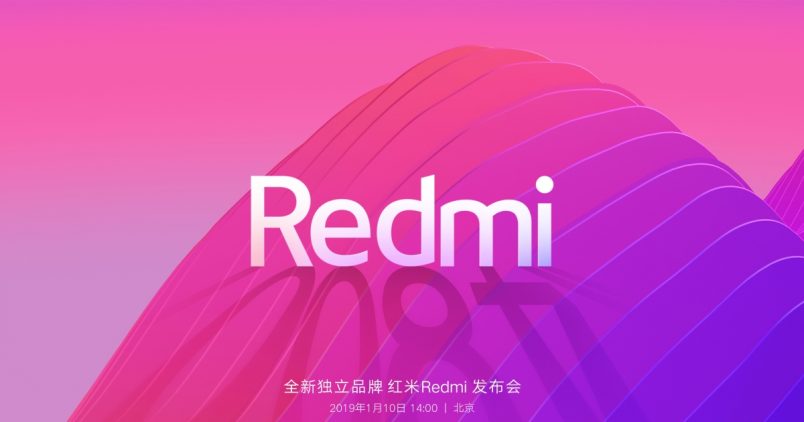 Xiaomi’s Redmi line up of products have been serving them pretty well. In fact, it was the Redmi series that earned them the crown of the budget king in the Indian smartphone market. Now, Xiaomi has decided to capitalize on this and has made Redmi a separate entity in itself.

Redmi now a sub-brand of Xiaomi

Sub-brands are nothing new. Huawei has its Honor brand while Oppo has the Realme brand. And now, Xiaomi, which already has Poco as a sub-brand, has turned Redmi as another sub-brand. Xiaomi announced this on their official website, alongside a new teaser. What’s more, is that the company’s CEO, Lei Jun, took to Weibo to announce that a new Redmi device is launching in China on January 10, while unveiling a new logo. While replying to a user’s comment, Jun stated that the reason for the individual branding is different markets. Redmi series focuses on the ultimate price/performance ratio and is e-commerce friendly while Mi series focuses more on mid to high-end segments and focus on new retail as well.

As shown in the poster, the shadow reads out to be 4800. This is the standard notation used in China to represent the camera megapixels, where 4800 refer to 48MP. Jun has stated that this will be a flagship-grade smartphone for the Redmi brand. Rumors about a 48MP camera smartphone from Xiaomi under the Redmi tag have been rife for a long time. While not much is known, the word on the street is that it would come with the Snapdragon 675 SoC. Chances are, that it will be called the Redmi Pro 2. Additionally, reports suggest that the new model will carry the display hole for selfie camera design up front in the top-left side.

The new Redmi device is scheduled for launch on January 10. Stay tuned to Mr. Phone for all the updates and buzz in the smartphone world.