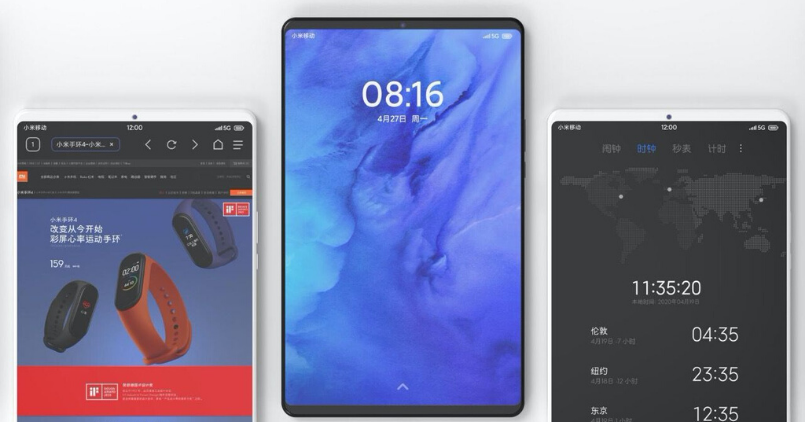 Xiaomi’s Redmi is all said to launch its all-new Android tablet on April 27. The handset manufacturer will be launching a tablet dubbed as Redmi Pad 5G. As the name suggests, it will be a 5G connectivity enabled device. This is probably Xiaomi’s first Redmi branded Android tablet. The specifications of the tablet leaked online when a Weibo user posted it. Let’s talk about the leaked specifications below.

Redmi Pad 5G – What to expect?

The upcoming tablet is supposed to pack a 90Hz refresh rate display, according to the leaked poster. As from the looks at it, there will be minimal bezels on top and bottom. It is believed to be powered by a Snapdragon 765 SoC, which Qualcomm’s most powerful mid-range chipset. Expect a power-packed performance and gaming on this device.

The Redmi Pad 5G will be running on the MIUI 12 for Pad out of the box. On April 27, the company is said to unveil the next version of the MIUI.  Talking further about the Redmi Pad 5G, it is also expected to support 30W fast charging. Unfortunately, the battery capacity is unknown.

As far as the audio experience is concerned, it is said to pack 4 speakers system. The rear camera setup could be powered by a 48MP lens with AI support. The dual 5G bands – SA and NSA will make sure strong connectivity. Talking about the price tag, as per the poster, it is said to retail for 1999 Yuan. Its unknot, the RAM and storage models that’ll be available.

Coming April 27, we shall see this device being launched. Would you be interested in seeing this in India? Let us know in the comment section below.