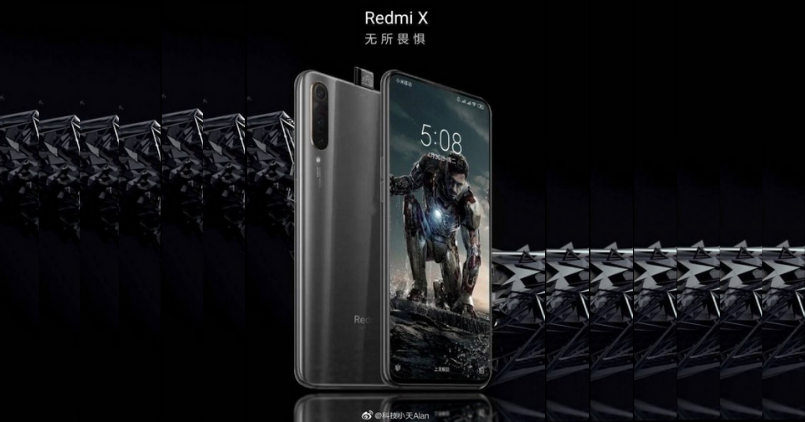 Lu Weibing, General Manager of Redmi has confirmed on his Weibo profile that the Redmi flagship won’t be called Redmi X. Unfortunately, the Redmi X poster leak is fake. Thus, confirming our suspicion. On further investigation, Beebom found that someone has slapped Vivo NEX’s pop-up selfie camera on a Xiaomi Mi 9.

A leaked poster on Weibo gives us a fair idea on what to expect. And it doesn’t look like a flagship smartphone. This Redmi Smartphone being dubbed as Redmi X, but I’m not ready to call it by that name. While this leaked poster may have given us the first clear look of the upcoming phone. It leaves us hanging in the dry with no specs mention.

The important takeaway from this leaked poster is that there are three new features coming first time on a Redmi phone. First is a pop-up selfie camera, second is a triple rear camera, and third is a first bezel-less full front display. Further, the handset seems to sport a glass black. 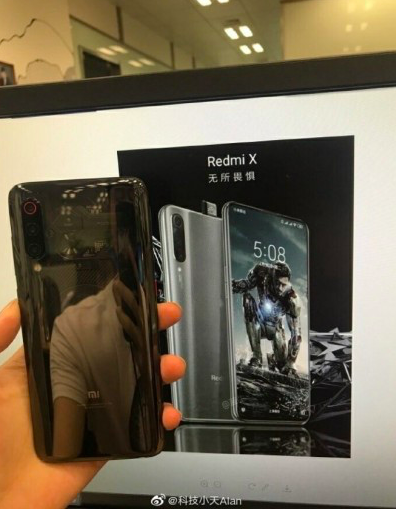 What do you guys think of the leaked poster? Does this Redmi X smartphone look flagship phone to you? Let us know in the comment section below.

A new video has been shared by Redmi on its official Weibo handle. It teases an upcoming Redmi smartphone, which is likely to pack a pop-up selfie camera. This video is probably made in collaboration with Marvel, as the video features Avengers: Endgame characters. Plus, highlighting the recently released Redmi phones as well.

Redmi Smartphone with Flagship Specs: Could it be a possibility?

With pop-up selfie integration, this could be Redmi’s first notchless smartphone in the market. This mysterious Redmi phone is also believed to be its flagship smartphone that has been doing rumour rounds for quite a while. Even though after strongly denying the possibility of a flagship Redmi smartphone. We have been seeing many rumours indicating there is one in the works. And this may be that same Redmi handset.

As per its caption posted alongside this video teaser, Redmi roughly uses the word, “Flagship”. While the exact name of the phone is still unknown, it is wildly believed that the phone could be powered by Snapdragon 855. Thus, making its flagship product.

So far rumours claims that Redmi smartphone could pack 6.39-inch display triple rear camera setup (48MP + 13MP + 8MP), 32MP selfie camera, up to 8GB of RAM, and up to 128GB storage. The availability of this rumoured notchless display phone is unknown.

Also read: Redmi flagship smartphone with Snapdragon 855 SoC might be in the works

But with this teaser out, we may very well see the announcement date soon from the brand. Stay tuned in for updates regarding this unnamed Redmi phone.