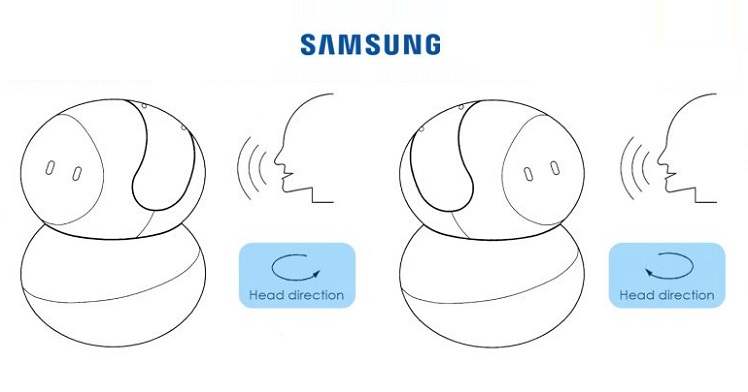 Samsung might be late to party with its Bixby smart AI assistant, but it has been catching up rapidly. With a competition from Google Assistant and Alexa Assistant being its primary competitors. The most significant product that Bixby has to catch as soon as possible is physical smart speaker offering. Where its primary competitor excels with a range of smart speakers.

Which is why it made sense for Samsung to announce the official entry into smart speaker category with Bixby smart speaker. While this announcement was done alongside Samsung Galaxy S9 launch earlier this year, the first look at the device arrived now in a form of a leak.

In search information regarding Bixby smart speakers, LetGoDigital stumbled upon the patent filled by Samsung. This patent was apparently submitted last year sometime in November and got published online on May 31st. It describes a smart speaker named Bixby Smart Speaker.

What are the Bixby Smart Speaker specifications? 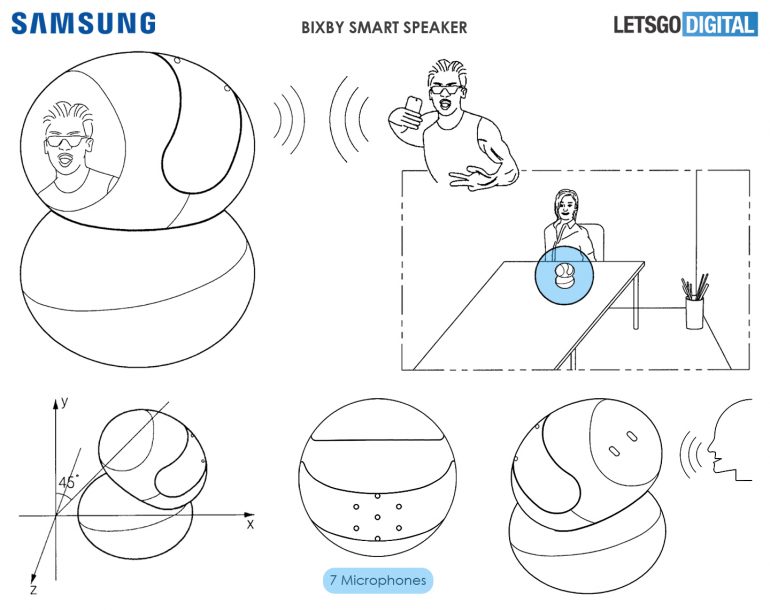 From the looks at a patent, there are a couple of specifications that are stated to come on this device. Starting with seven speakers appears to be made of two connected parts, where the upper portion can be swivel 360-degree. These seven microphones, placed on the top part, will receive sound information separately. The patent is already grated in company’s home country, South Korea.

This AI-enabled speaker from Samsung will also sport a camera, which is unlike any other speaker in the market right now. It will be able to recognize the user by their faces. Talking about the screen, it could be LCD, LED, or OLED panel, it will be placed on the top part of the speaker.

It is unknown when it would be announced and which countries would be initially getting the release except for its homeland. The smart speaker market is still in its nascent stage in India. And if Samsung has plans to release this Bixby smart speaker in India. Then, they might have to polish their Bixby AI as it has limited capabilities in India.