Samsung Exynos 9820 is here, comes with support for 8K@30fps and tri-cluster architecture 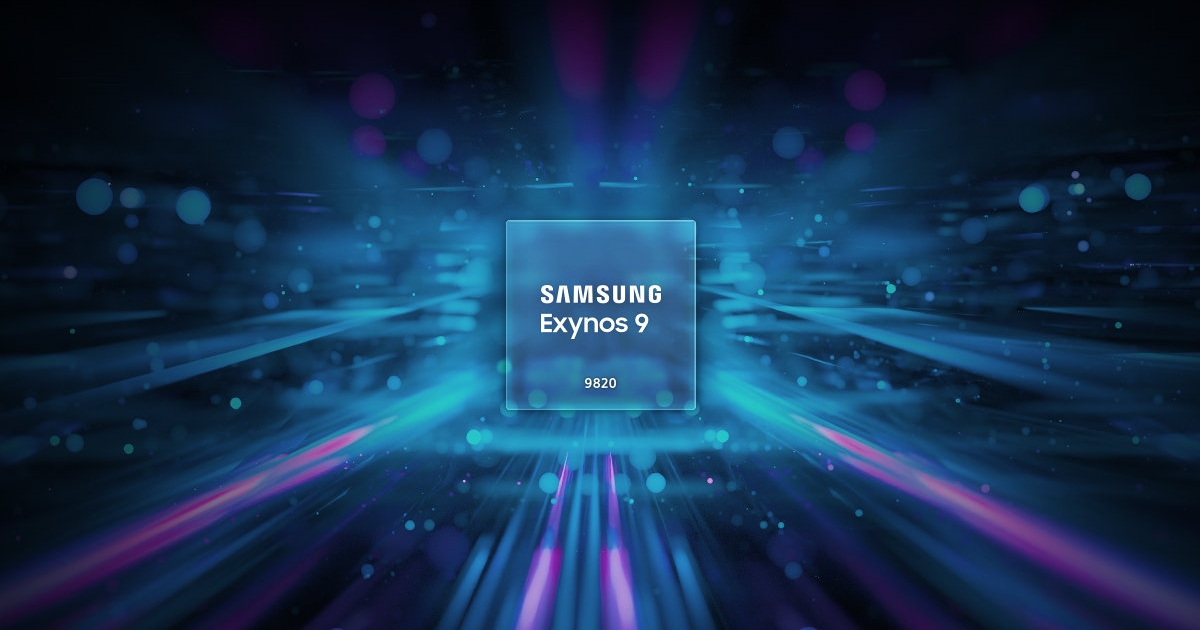 After launching the Infinity Flex Display last week, Samsung is once again in the news. And once again, it’s for a great measure. The Korean giant is known to produce some heavyweight chipsets under its Exynos branding. The company had previously tweeted the arrival of its Exynos 9820 chipset. Well, the time is here, and the Exynos 9820 is here.

The #Exynos9820, an intelligent powerhouse for the mobile future. Learn more about #TheNextExynos: https://t.co/W9x5T1TvXq pic.twitter.com/NvmeQp01nR

One of the highlights of the new Samsung Exynos 9820 chipset is the use of the on-board NPU. The Exynos chipset comes with an integrated Neural Processing Unit (NPU) that brings better AI performance. 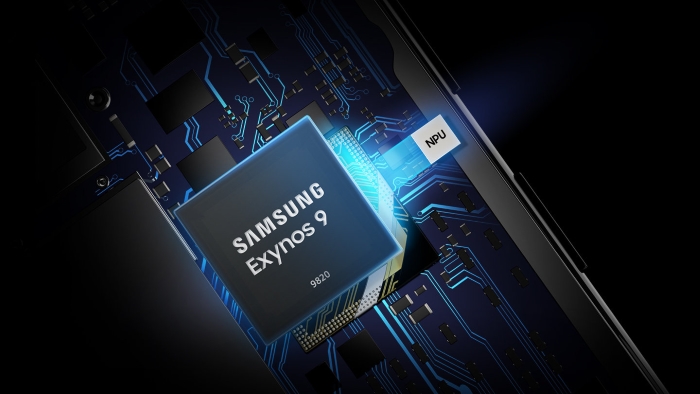 The addition of an NPU aids in better AI features and implementations. As such, one can expect better image processing, advanced AR features, and more.

The new Samsung Exynos 9820 chipset is based on a tri-cluster architecture. It consists of two custom cores for ultimate processing power paired alongside two Cortex-A75 cores for optimal performance. Lastly, there are also four Cortex-A55 cores for greater efficiency. All combined, the chipset is stated to offer up to 20 percent boost in performance. 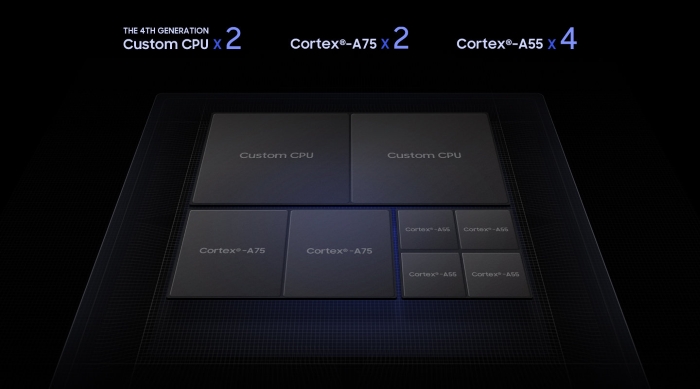 As for battery life, it boosts the power efficiency by up to 40 percent. This is also due to the new 8nm architecture. It reduces the overall power consumption by 10 percent compared to 10nm LPP process. What’s more is that the Exynos 9820 also optimizes power consumption of CPU and GPU through reduced operating voltage, idle, and leakage power.

The Samsung Exynos 9820 brings massive improvements on the camera front. The chipset is said to support encoding and decoding of 8K videos at 30fps. However, if you’re a fan of 4K recording, the chipset also supports 4K UHD @150fps.

Speaking about the actual sensor support, Samsung claims that the chipset can handle 22MP setups on both rear and front end. Additionally, it can also support a dual camera setup of 16MP+16MP.

Apart from the highlighted features, there is a ton more that the new Exynos 9820 brings to the table. The chipset comes with the company’s LTE-Advanced Pro modem. This modem supports LTE Category 20 to offer downlink speed of up to 2.0Gbps. As such, you can even make use of Multiple-Output (MIMO), 256-QAM (Quadrature Amplitude Modulation), and Enhanced Licensed-Assisted Access (eLAA) technologies.

If you’re a fan of gaming, the Samsung Exynos 9820 comes with the Mali-G76 MP12 GPU. It is the same GPU which is sported on high-performance gaming devices, such as the Honor Play. Compared to the Exynos 9810 that made use of the Mali-G72 MP12 GPU, the Exynos 9820 offers better performance. Samsung claims it offers up to 40 percent performance improvement and 35 percent enhancement in power efficiency.

Lastly, if security is a major concern for you, Samsung has that front covered as well. The Exynos 9820 chipset uses physically unclonable function (PUF) to store and manage personal data. This prevents the data from foreign access and keeps it safe.

Personally, I found the 8K@30fps to be the best feature of the Exynos 9820. But what about you? What was your favorite feature? Let us know in the comments down below.