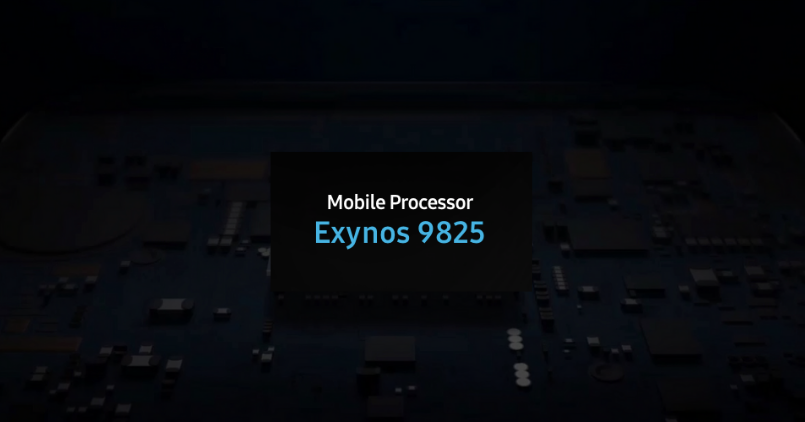 Samsung has introduced its latest high-end processor, which is said to power the upcoming Galaxy Note 10 series. The Exynos 9825 is the company’s 7nm process based chipset, which is an upgrade to the Exynos 9820 8nm processor. Hours before the Samsung Unpacked event, this has been officially announced on the company’s official website.

The in-house built processor, Exynos 9825 is built on the 7nm EUV process node and is an upgrade to the 8nm based Exynos 9820 chipset with faster Mali-G76 MP12 GPU.

The new processor is said to offer improved gaming experience and graphics performance. Plus, it is said to be a power-efficient package. And that’s why the brand teases that its new processor is more about improving efficiency rather than pushing the benchmark numbers significantly higher.

If you go through the details of the CPU, GPU, Memory, Camera, Video, and LTE support, you wouldn’t find much difference between the 9825 and 9820. As all the aspects remained the same, but the process node is different. Samsung hasn’t explicitly mentioned the clock speeds on the upgraded processor. But it is assumed to remain the same.

The LTE modem is the Shannon 5000 with Cat.20 downlink and Cat.13 uplink. Note that the 5G connectivity can only be achieved when it is paired with Exynos Modem 5100. And you would be seeing that in the upcoming Galaxy Note 10+ 5G model.

What do you guys think of the upgraded Samsung Exynos 9825 processor? Let us know in the comment section below.