Samsung Galaxy A10 with 6.2-inch Infinity-V display and 3400mAh battery is official in India 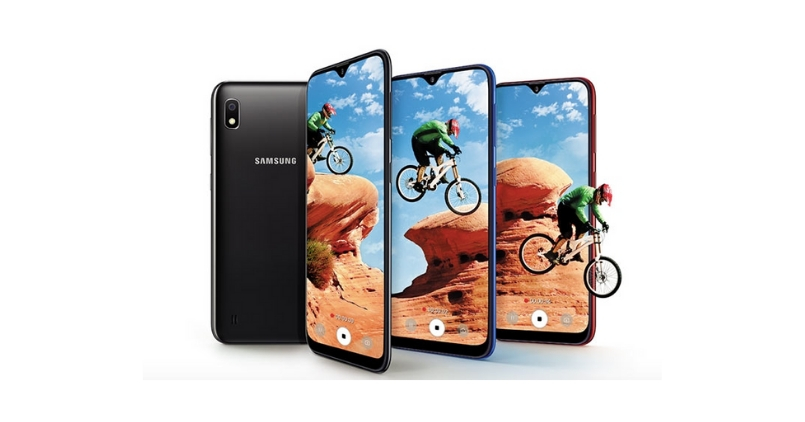 Samsung has made yet another smartphone official in India. After releasing its mid-range Galaxy M30 smartphone in the country yesterday at Rs 14,999. The South Korean giant has introduced its much-awaited Galaxy A- series entry-level handset official. It’s dubbed as Samsung Galaxy A10, let’s talk about the specifications, pricing, and availability in India.

Samsung has a new Galaxy A-series handset in India to showcase. The handset is quietly listed on Samsung India’s official website. Sporting an Infinity-V display with 6.2-inch and HD+ resolution, it brings a large size to the entry-level segment, which is a first in its line-up.

Talking about the internals of the Galaxy A10, it is powered by an Exynos 7884, which is an Octa-core processor, clocking at 1.35 GHz. It will be accompanied with a 2GB of RAM and 32GB of internal storage, which can be expanded via microSD card slot up to 512GB.

On the camera department, it has a single 13MP rear camera sensor with f/1.9 aperture size. The selfie shooter on the front housed inside the notch is of 5MP resolution. The company tells that its new entry-level phone would be running on Android 9 Pie based One UI. That’s interesting since One UI has been so far on the premium range of the company. All this is powered by a 3400mAh capacity.

Samsung Galaxy A10 price, and availability in India

The pricing of the Galaxy A10 is at Rs 8,490. It will be available in Blue, Black, and Red colours starting March 2nd.

What do you guys think of the Galaxy A10 in India? Let us know in the comment section below.