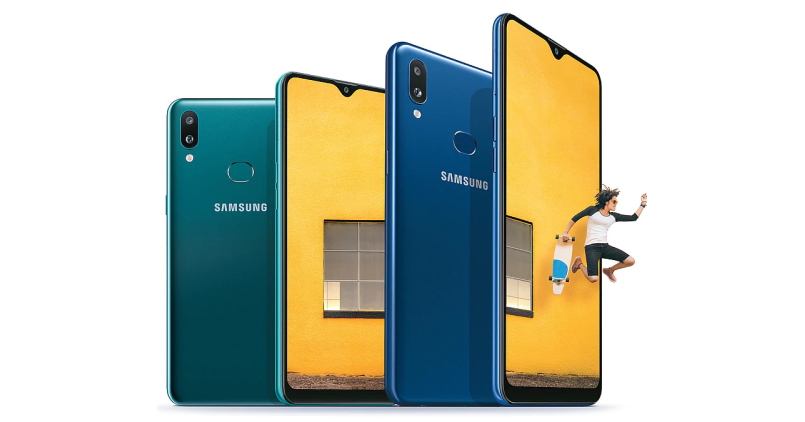 Samsung has launched its new smartphone in India, it is called Samsung Galaxy A10s. It will retail in the country in 3 color variants including Blue, Green, and Black. It is said to be an upgrade to the Galaxy A10, which was announced earlier this year. Let’s learn about the full specifications and features as well as pricing and availability of the Galaxy A10s.

Talking about the display of the Samsung Galaxy A10s, it is a 6.2-inches display with a resolution of 720 x 1520 pixels. This means the pixel density of the screen is at 277 ppi. It is a PLS panel, which comes with a 19.5:9 aspect ratio. The company teases that its display has a Capacitive and Multi-touch. It is called as an Infinity-V display.

The Samsung Galaxy A10s is powered by an unknown Exynos chipset, which is an octa-core processor. It is accompanied by up to 3GB of RAM and 32GB of internal storage capacity. It will be running on the Android 9.0 Pie-based One UI. Note that the external storage is expandable. It does come with a fingerprint sensor and Face unlock feature. As far as the battery life is concerned, its 4000mAh battery juice claims a day’s life.

Take a look at the detail specifications of the new Samsung Galaxy A10s smartphone in the table below.

The launch price of the Samsung Galaxy A10s is Rs. 9,499 for the 2GB+32GB variant. The 3GB+32GB variant has been priced at Rs. 10,499. The device will go on sale starting August 28 and will be available for purchase via online retailers, retail stores, the Samsung India E-Shop, and Samsung Opera House.