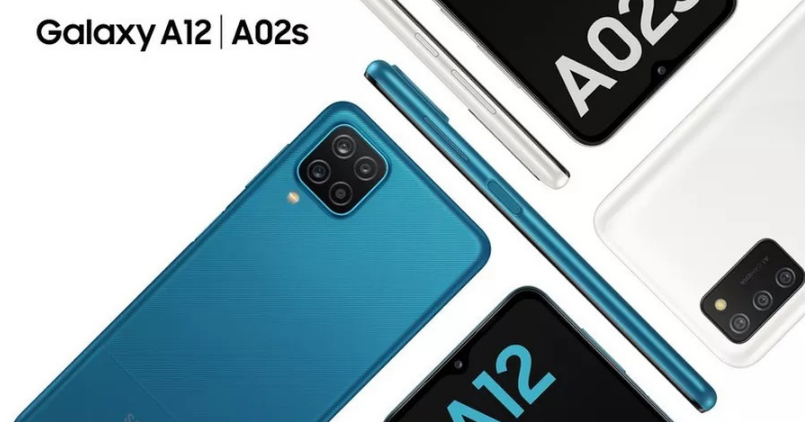 Samsung Galaxy A12 — Design and Specs 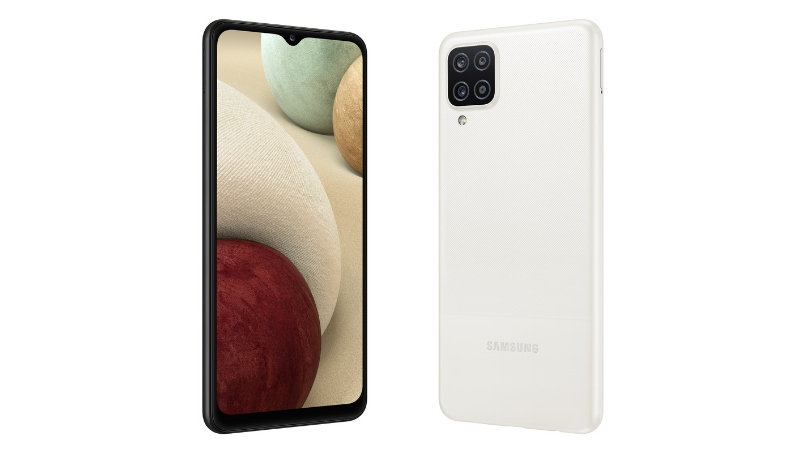 Under the hood, the Galaxy A12 equips MediaTek Helio P35 chipset. It is an octa-core processor that can achieve clock speeds of up to 2.3GHz. In terms of memory, the A12 comes with 3/4/6GB of RAM combined with either 32GB or 64GB or 128GB of onboard storage. Also, there’s microSD expansion for up to 1TB.

Samsung Galaxy A12 — Cameras and Battery

The Galaxy A12 packs in quadruple cameras on the rear in a square module. There’s 48MP f/2.0 acting as a primary camera along with a 5MP ultra-wide-angle camera. Besides, there are 2MP macro and depth sensors as well. The selfie shooter on the front carries an 8MP sensor with f/2.0 aperture.

The Galaxy A02s appears identical to the Galaxy A12 on the front. However, the rears appear with different textured finishes. The front of the Galaxy A02s also comes with 6.5-inches HD+ LCD Infinity V display. Similar to the A12, the Galaxy A02s even opts for a side-mounted fingerprint sensor, for authentication. 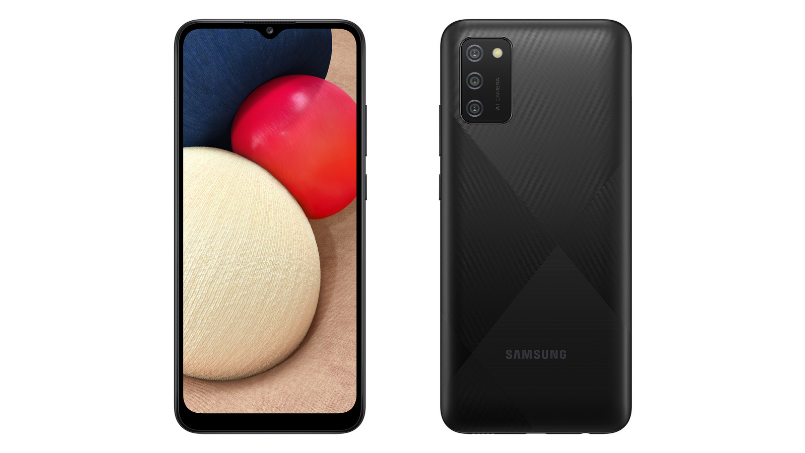 The Galaxy A02s features triple rear cameras with a 13MP acting as the primary sensor. Also, there are 2MP macro and 2MP depth sensors. On the front, there’s 5MP f/2.2 selfie shooter.

The Galaxy A12 starts €179 (Rs 15,800 approx.) and will be available from January 4th, 2021. The Galaxy A02s retails at €150 (Rs 13,200 approx.) and will be available from February 15th. The availability of these Samsung Galaxy A series of phones might vary from country to country in terms of pricing and storage options as well. The Galaxy A12 comes in three colour variants — Black, White, Blue and the Galaxy A02s comes in Black and White colour variants.