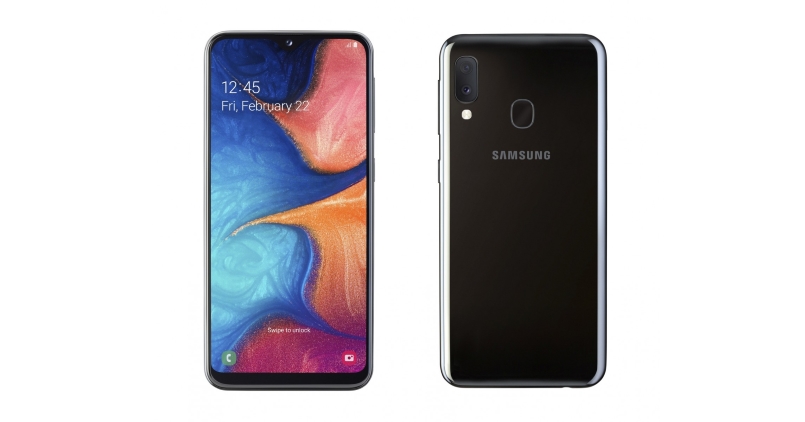 Samsung has launched its latest smartphone in the A-series, called the Galaxy A20e. The Samsung Galaxy A20e is the sibling of the previously launched Galaxy A20. Let’s take a detailed look at the device.

Talking about the display of the Samsung Galaxy A20e, it is a 5.8-inches display with a resolution of 720 x 1,560px. It is an LCD panel, which comes with a brightness level of 430 nits. The Infinity V notch is still here though, similar to the Galaxy A20.

The Samsung Galaxy A20e is powered by an Exynos 7884 SoC. It is accompanied by 3GB of RAM and 32GB of internal storage capacity. It will be running on the Samsung OneUI (Android 9.0 Pie). It comes with a physical fingerprint sensor at the back. As far as the battery life is concerned, its 3000mAh battery juice claims a day’s life. It supports 15W fast charging technology.

Take a look at the detail specifications of the new Samsung Galaxy A20e smartphone in the table below.

The Samsung Galaxy A20e will be available in Black and White, but pricing and exact dates are yet to be confirmed. Stay tuned to Mr. Phone for all the updates in the smartphone world.