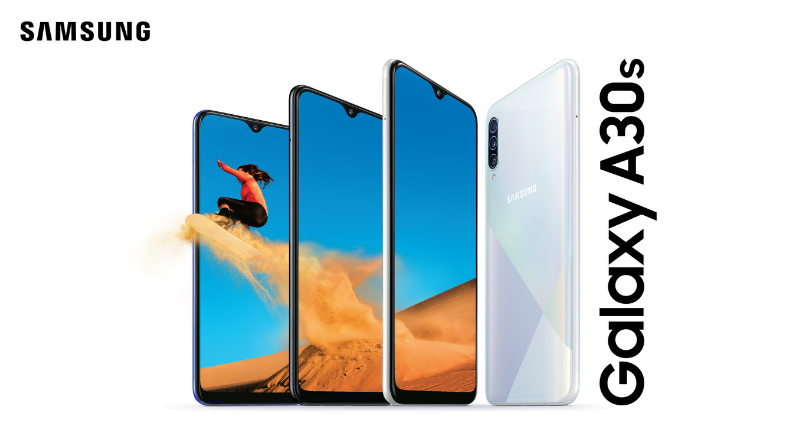 The upgraded Galaxy A30s comes with improved internal storage of 128GB which is also expandable via microSD. The company has previously launched the 4GB/64GB variant which is priced at Rs.14,999. In terms of features, you get a 6.4-inch HD+ Super AMOLED Infinity-V display. The device is powered by an octa-core Exynos 7904 processor coupled with Mali-G71 GPU.

The Galaxy A30s features a triple camera setup with a 25MP primary lens, a 5MP depth sensor, and an 8MP ultra-wide-angle lens. For selfies, you get a 16MP shooter at the front. The phone has a 4000mAh battery and you get a 15W Adaptive Fast Charger in the box. The connectivity options include a 3.5mm headphone jack, FM Radio, Dual VoLTE, Wi-Fi, Bluetooth 5 and USB Type-C.

The A30s is currently available at offline stores but you will be able to purchase the smartphone from Amazon.in soon. You get three colour options – Prime Crush White, Prism Crush Black, and Prism Crush Violet.

What are your thoughts about Samsung Galaxy A30s? Tell us in the comments below.