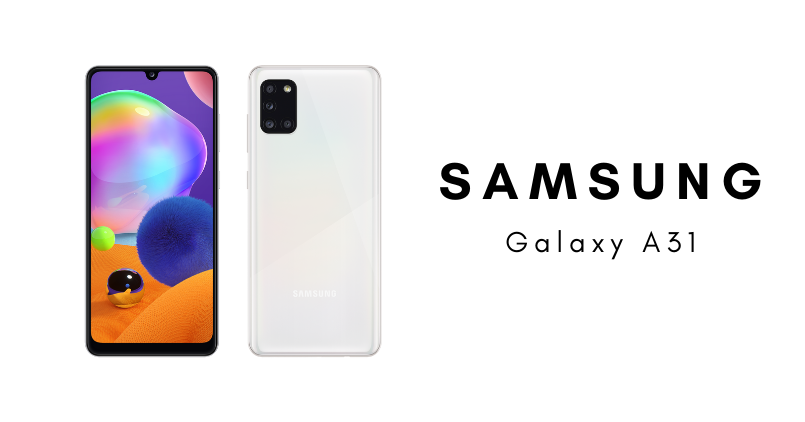 Samsung has launched yet another smartphone in its A-Series for the year. So far the company has unveiled A51, A71, A11, and A41. Now the Galaxy A31 has also been launched, which makes a total of five phones in this series for 2020. The new Galaxy A31 packs a Mediatek processor. Probably the rarest of rare Samsung species with an Helio processor in its heart. Let’s talk about the Galaxy A31 specifications and features.

Sporting a 6.4-inch Full-HD+ Super AMOLED Infinity-U display. This is business as usual for Samsung, they have been offering the AMOLED display handsets for quite a time now. And it’s a good thing. It weighs at 185g and has a thickness of 8.6mm.

As we mentioned above about the processor, the Galaxy A31 uses a MediaTek chipset. It’s an Helio P65 SoC, which clocks at 2.0 GHz. It is a 12nm process based chipset having two Cortex A75, and six Cortex A55 setup. The RAM and storage configuration includes 4GB + 64GB, and 6GB + 128GB. The storage can be expandable via MicroSD card slot.

It has a quadruple rear camera setup where the primary lens is of 48MP having f/2.0 aperture. Followed by an 8MP ultra-wide-angle lens with f/2.2 aperture. There are two 5MP resolution lenses, where one is a macro lens and the other is a depth sensor. They both have an f/2.4 aperture lens. On the front, you see a 20MP selfie camera with f/2.2 aperture.

All this is powered by a 5000mAh capacity battery with 15W fast charging support. It will have standard connectivity features as you see on other Samsung smartphones in this series. As far as biometric security is concerned, it has an on-screen fingerprint sensor.

The Galaxy A31 will be available in four colours including black, red, blue, and white colours. Unfortunately, the brand hasn’t unveiled the pricing and availability of its all-new A-series handset.