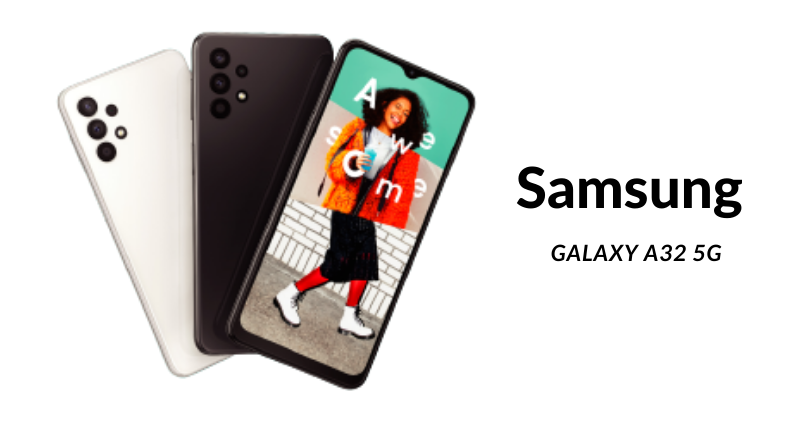 Samsung Galaxy A32 5G is the next mid-range smartphone launched in the European market. The Galaxy A32 5G starts at €279 (Rs 24,800 approx.) for 64GB storage variant and the larger 128GB variant retails at €299 (Rs 26,600 approx.). This makes the cheapest 5G Galaxy A series smartphone from Samsung yet. The Galaxy A32 5G comes with new flush rear cameras design on the back and a dewdrop notch, on the front. The device features in four colour variants comprising — Awesome Black, White, Blue and Violet.

The Galaxy A32 5G features a 6.5-inches HD+ Infinity V display, which encloses in a fairly minimal design with soft edges around corners. The device further equips a new side-mounted fingerprint sensor, for authentication. 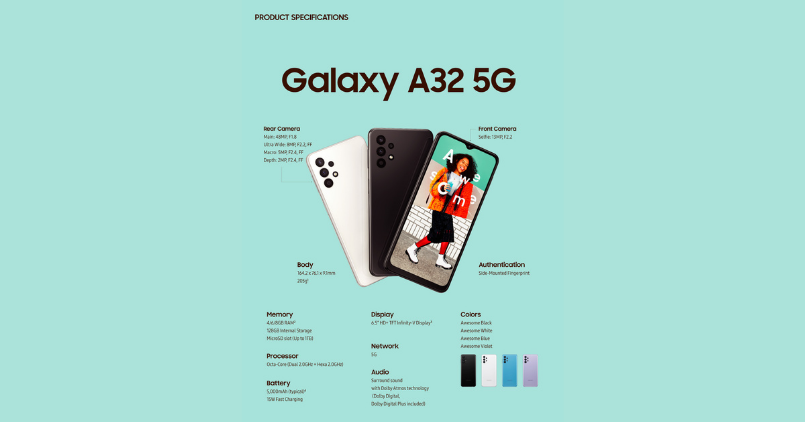 Under the hood, the Galaxy A32 is equipping an unspecified octa-core processor, which is 5G capable and also achieves clock speeds of up to 2.0GHz. However, leaked rumours imply that it is a MediaTek Dimensity 720 chipset. In terms of storage, the device differs as per region, the official specs, however, reveal it comes in either 4/6/8GB of RAM accompanied by either 64/128GB of internal storage.

The other highlights of the device include a bigger 5000mAh battery that comes with 15W fast charge support. For audio, the device equips Dolby Atmos certification.