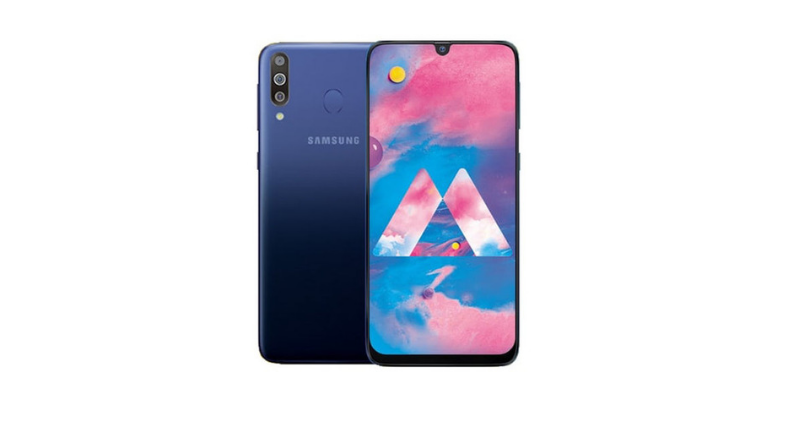 Samsung has launched its new smartphone in China, it is called Samsung Galaxy A40s. The new handset from the brand is priced at Rs 15,500 approximately. It will retail in the country in 2 colours variants including Black and Blue. The handset will be made out of Metal. It is said to sport an 8.4mm thickness and Weight at 175 grams. The first thing that you’ll notice about it the striking similarity with Samsung’s Galaxy M30, which is available in India.

Talking about the display of the Samsung Galaxy A40s, it is a 6.4-inches display with a resolution of 1080 x 2340 pixels. This means the pixel density of the screen is at 404 ppi. It is a Super AMOLED panel, dubbed as Infinity-U display as it sports a U-shaped notch. The screen-to-body ratio of the device is at 83.95%. The company teases that its display has a Capacitive, Multi-touch.

The Samsung Galaxy A40s is powered by a Samsung Exynos 7 Octa 7904 chipset, which comes with 8 Cores and clocks at 1.8 GHz. It is accompanied by a 6GB of RAM and 64GB of internal storage capacity. It will be running on the Android 9.0 Pie based interface. Note that the external storage is expandable. It comes with a rear-mounted fingerprint sensor. As far as the battery life is concerned, its 5000mAh battery juice claims a day’s life. With the support of 15W fast charging.

Take a look at the detail specifications of the new Samsung Galaxy A40s smartphone in the table below.

The launch price of the Samsung Galaxy A40s smartphone is at 1499 yuan, which is approximately Rs 15,500. The purchase availability is unknown as the handset is not yet listed on the official website of the company in China.