Home | Tech News  | Samsung Galaxy A42 will be its most affordable 5G smartphone, to come with AMOLED display and quadruple rear cameras

Samsung Galaxy A42 will be its most affordable 5G smartphone, to come with AMOLED display and quadruple rear cameras 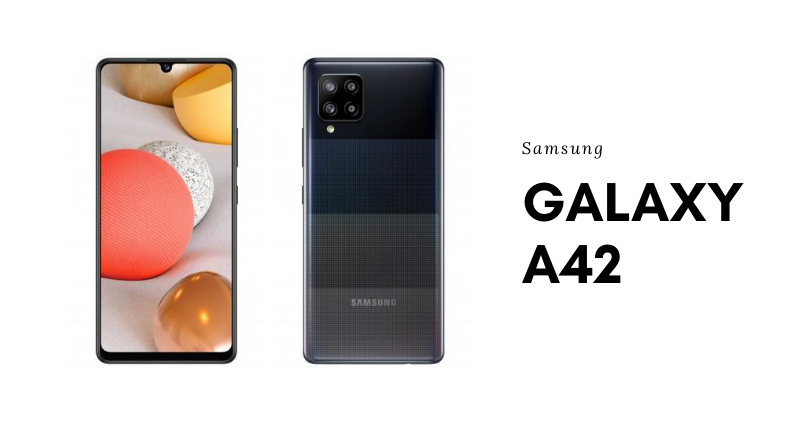 Samsung has announced its latest Galaxy A series handset at its online event, #LifeUnstoppable. The South Korean giant has unveiled its most affordable 5G smartphone. Dubbed as Galaxy A42, it will come with an AMOLED display and quadruple rear cameras. Not much have been officially unveiled by the brand, let’s talk about what has been.

It will reportedly offer a 6.6-inch Super AMOLED display. While the resolution is unknown, the phone is likely to sport an FHD+ resolution display, like its predecessor, A41. Another feature that could be carried from A41 is the under-screen fingerprint sensor. Further, the waterdrop notch design as well.

On the back, you can notice a quadruple square mannered camera setup. It is not too distinctive from its A31, but there is absolutely a fourth camera, unlike A31. The exact camera details are not revealed by the brand yet. As far as the network connectivity is concerned, it is believed to pack a 5G network support.

Unfortunately, no further details are available for the handset. We will have to wait for that. There’s no word when Samsung is planning to launch this handset.  Except for the fact that it’s supposed to be made available later this year. Looks like it may be quite the time as it makes it ways to the market.

What do you guys think of the upcoming Galaxy A42 5G? Let us know in the comment section below.