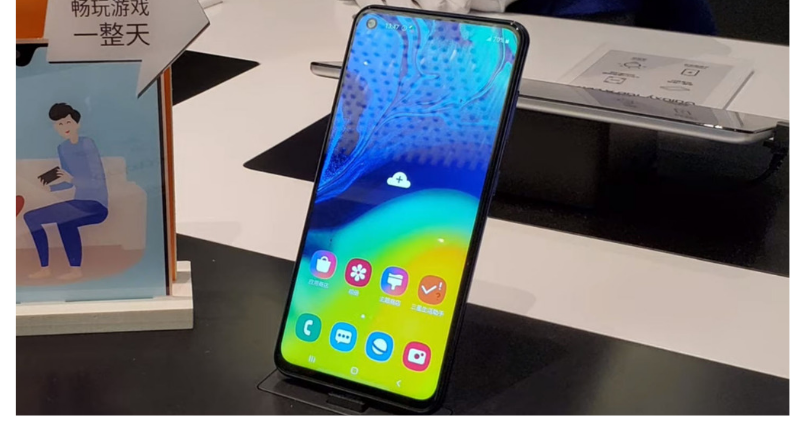 Samsung has launched its new smartphone in China, it is called Samsung Galaxy A60. The new handset from the brand is priced at 1999 Yuan, which roughly translates to Rs 20,700. It will retail in the country in 2 colours variants including Black, Green.

Talking about the display of the Samsung Galaxy A60, it is a 6.3-inches display with a resolution of 1080 x 2340 pixels. This means the pixel density of the screen is at 396 ppi. It is an LCD panel, which comes with a 19.5:9 aspect ratio. The screen-to-body ratio of the device is at 92%. The company teases the impressive bezel-less design on this one as it sports a punch-hole design dubbed as Infinity-O display. Interestingly, the whole display is used as a speaker, where the company utilises the technology dubbed as Screen Cast sound technology. It is similar to the LG G8 ThinQ.

As far as the camera department is concerned, it packs a triple rear camera setup. Where the primary rear camera is of the 32.0MP (f/1.7) and the secondary rear camera is of 8.0MP (ultra-wide lens). There is a third lens with 5MP resolution acting as a depth sensor. It comes with Touch-to-focus and Autofocus technology. The rear camera is supported by a LED flash. For selfies, you can make use of the 32MP front camera.

The Samsung Galaxy A60 is powered by a Qualcomm Snapdragon 675 chipset, which comes with 8 Cores and clocks at 2.0 GHz. It is accompanied by a 6GB of RAM and 128GB of internal storage capacity. It will be running on the Android 9.0 Pie based custom UI. Note that the external storage is expandable. It comes with a rear-mounted fingerprint sensor. As far as the battery life is concerned, its 3500mAh battery juice claims a day’s life. It comes with a USB type-C port.

Take a look at the detail specifications of the new Samsung Galaxy A60 smartphone in the table below.

The launch price of the Samsung Galaxy A60 smartphone is at Rs 20,700 approximately. The handset is yet to go live on the company’s official website in China. The availability of the phone is unknown as of now. But we shall keep you posted if and when we learn about it.