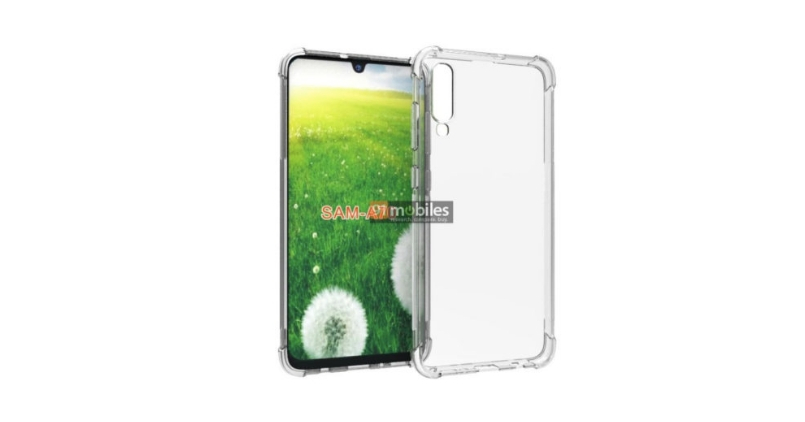 Samsung is not stopping! The brand has been constantly releasing its handsets round the clock, with as much as 10 handsets have been officially released so far and the Q1 2019 is not yet finished. The South Korean handset maker is believed to be working on yet another Galaxy A-series dubbed as Galaxy A70. Let’s talk about it below.

Samsung Galaxy A70: What do we know so far? 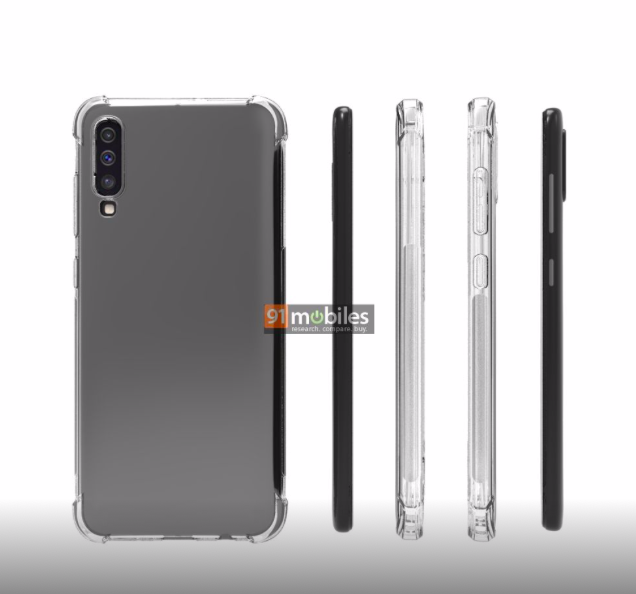 All thanks to the images posted by 91Mobiles we now know how the Galaxy A70 would look like. The latest in the Galaxy A series is said to feature a triple rear camera setup as per the case render reveal. There is no cutout provided for the physical rear-mounted fingerprint sensor. It only indicates that Samsung could be offering an in-display fingerprint sensor, just like it has on Galaxy A50.

Talking about the design of the Samsung Galaxy A70, it is said to offer volume rocker and power button on the right side. It is highly unlikely to sport a side-mounted fingerprint sensor as seen on the Galaxy S10e. With a cutout for the 3.5mm audio jack, the brand is not going to remove the audio jack anytime soon from its handsets unlike many have parted away. 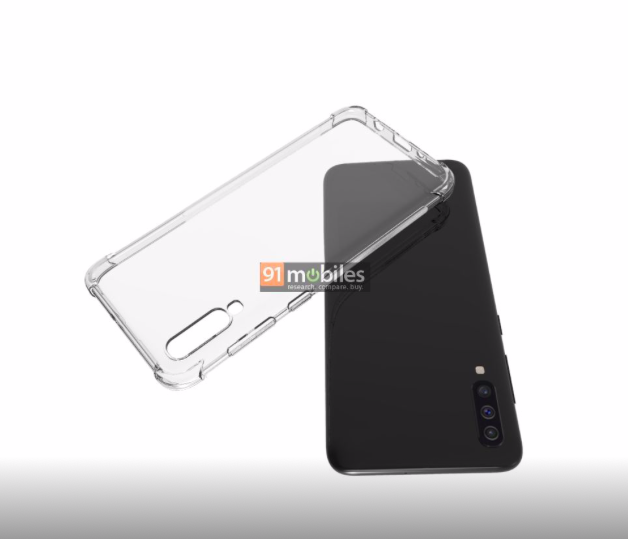 The report states that Samsung could again use the plastic material and not rely on making the device sandwiched between two glass panels. It seems to be common across the Galaxy A series phone released so far.

Notably, this isn’t the first handset in the series to come with an in-display fingerprint sensor. The brand has been definitely showing off by including trendy/premium features to its entry and mid-range handsets, which includes the Galaxy M and Galaxy A series handsets released so far in India. 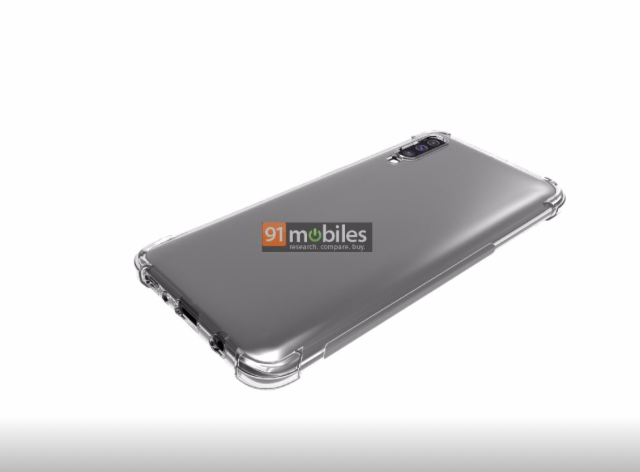 In related news, the Galaxy A20, Galaxy A40, Galaxy A60, and Galaxy 90 are some of the devices that have been officially confirmed by the Samsung Galaxy UK as they appeared on the website.