Samsung Galaxy A9 2018 with quadruple rear cameras launched in India 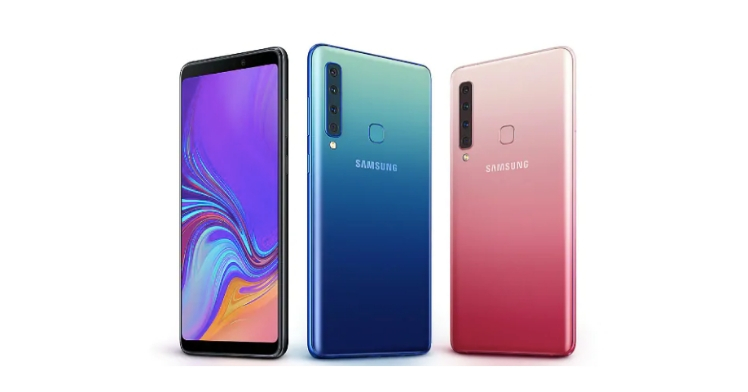 The world’s first quad-rear camera smartphone has arrived in India. Samsung, has made its Galaxy A9 2018 smartphone with four rear camera official in the country. The handset will retail in India starting at Rs 36,999 for 6GB and Rs 39,999 for 8GB model. It will be available on all leading online stores in India including Amazon, Flipkart, PayTM Mall, as well as on Samsung’s e-store. Let’s talk about the Samsung Galaxy A9 2018 specifications below.

Sporting a 6.3-inches Super AMOLED display, which has an 18.5:9 aspect ratio and comes with a 2220 x 1080 pixel resolution. For all the notch haters, there isn’t any kind of notch design here. Which is really Samsung’s forte. It will be available in three colour variants including Caviar Black, Lemonade Blue, and Bubblegum Pink.

Talking about the internals, it will be retailing in India with a Qualcomm Snapdragon 660 processor, which will be accompanied by up to 8GB of RAM. It will offer a 128GB of internal storage, which can be expanded up to 512GB via microSD card slot. It will be running on Android 8.0 Oreo-based Samsung user interface.

Coming to the highlight of the Samsung Galaxy A9 2018, its camera department would be sporting four rear cameras set up. The modules include a 24MP primary lens with f/1.7 aperture and a secondary ultra-wide lens with f/2.4 aperture. There is a third telephoto lens which offers 2X optical zoom. The fourth lens will have a 5MP resolution with f/2.2 aperture and it will act as a depth sensor. On the front, you’d get a 24MP selfie snapper with a f/2.0 aperture lens.

As far as the connectivity features are concerned, it will have a Bluetooth 5.0 support, 3.5mm audio jack, USB Type-C 2.0, NFC, and GPS support. In terms of biometric security, there is a rear mounted fingerprint sensor. All this would be powered by a 3800mAh capacity battery.

Would you be buying the Samsung Galaxy A9 2018 smartphone once its available for purchase in India? Let us know in the comment section.