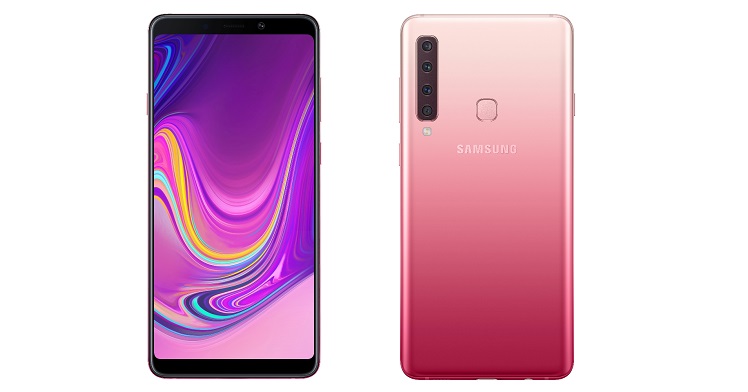 Smartphone OEMs have been in a tussle since the beginning of 2018 to one-up each other in the camera game since Huawei released an industry first triple camera P20 Pro. Now, we’re in the fourth quarter of the year and Samsung has released the Galaxy A9 (2018) with four rear cameras. Yes, you read that right, count the front camera and its five in total. All those cameras don’t come very cheap though as the smartphone maker has slapped a EUR 599 (roughly Rs. 51,300) price tag on the premium mid-ranger.

Let’s first describe the camera specs by saying that the recent leak was bang on target. Besides those camera sensors, the Galaxy A9 (2018) has a 6.3-inch full-HD+ (1080×2220 pixels) Super AMOLED Infinity Display. Under the hood, it’s powered by a respectable Snapdragon 660 SoC clocked at 2.2GHz, connected to either 6GB/8GB of RAM. It has 128GB of inbuilt storage expandable to 512GB. The handset has a rear fingerprint reader and NFC with support for Samsung Pay. It also has a 3.5mm headphone jack and a 3,800mAh fast charge-ready battery.

The handset will start selling in November in a gradient Bubblegum Pink, Caviar Black, and Lemonade Blue colour variants. The Indian launch date or price tag is still unknown as of yet but we will inform you of the same as soon as there is something official.