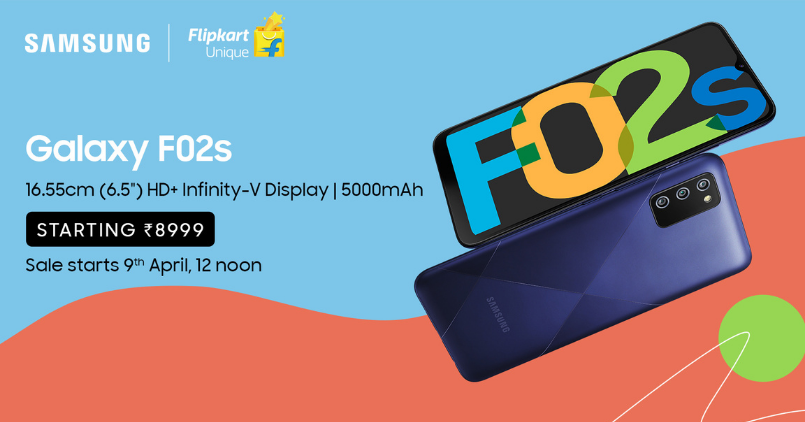 Samsung Galaxy F02s is the latest budget offering from the company launched in India at Rs. The device has been announced along with the new Galaxy F12, under the Galaxy F series, from Samsung. The device hosts a bigger screen, a bigger battery, and a budget centric Snapdragon processor. And, it comes with Dolby Atmos support (for wired connection only). It features two storage variants and starts at Rs 8,999, for the base variant.

The Galaxy F02s comes with a 6.5-inches, which is Infinity-V display that features HD+ resolution. It has an aspect ratio of 20:9 that claims to give a better viewing experience during gaming, and video playback like movies or web series. On the rear part, the Galaxy F02s features a diamond-cut design and features three colour variants including — Diamond Blue, Diamond White, and Diamond Black. 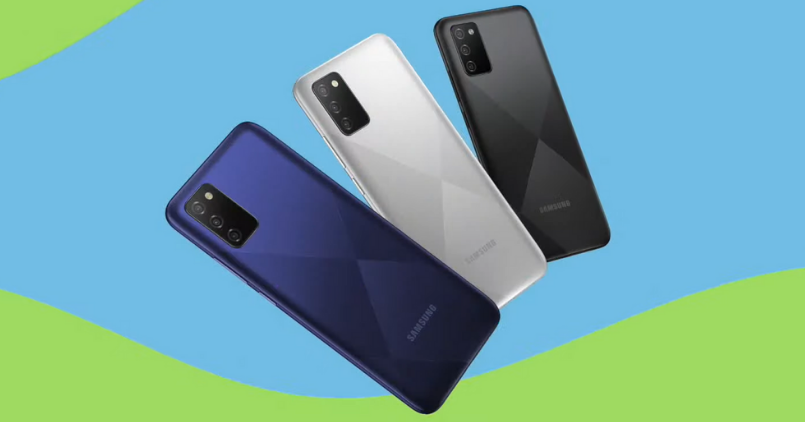 The device underneath has a Snapdragon 450 SoC coupled with up to 4GB of RAM (LPDDR4x), and up to 64GB of onboard storage. The Galaxy F02s runs on OneUI 2.5 out of the box, which is based on Android 10.

The battery on the device is of a 5000mAh capacity with support to the company’s 15W adaptive fast-charge technology, which also means the adapter comes with the retail packaging.

The Galaxy F02s starts at Rs 8,999 for the 3GB+32GB variant, and the larger 6GB+64GB costs Rs 9,999. The sale of the device starts on April 9th, and it will be available for purchase on the Samsung India website, Flipkart, and all leading retail stores across India.