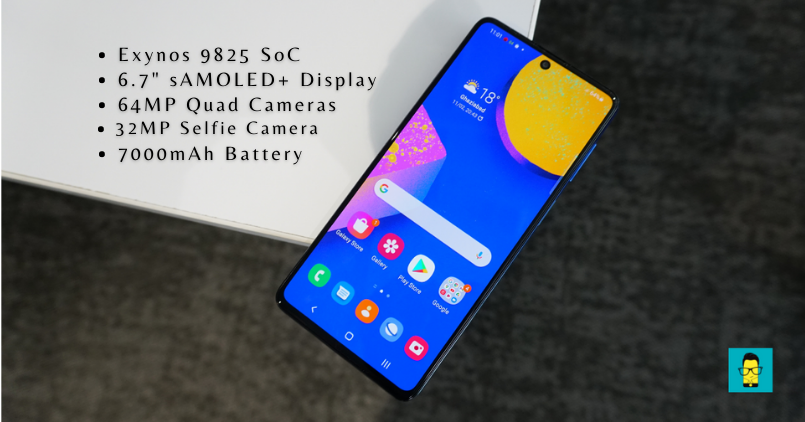 Samsung Galaxy F62 is the latest smartphone launched in the country that brings flagship processors and a massive battery to the mid-range segment. The Galaxy F62 packs in an Exynos processor, which was a flagship processor that powered the Galaxy Note 10 series in several regions including India. The Galaxy F62 pricing starts at Rs 23,999 (6GB+128GB), and Rs 25,999 for the larger 8GB+128GB varaint. The devices will be available for purchase through Flipkart, Samsung store, Reliance Digital, and other retail stores starting from February 22nd. Also if you’re a ICICI bank credit/debit card user you can get this device for as low as Rs 21,499 on Flipkart, as the bank is offering an instant Rs 2,500 discount. 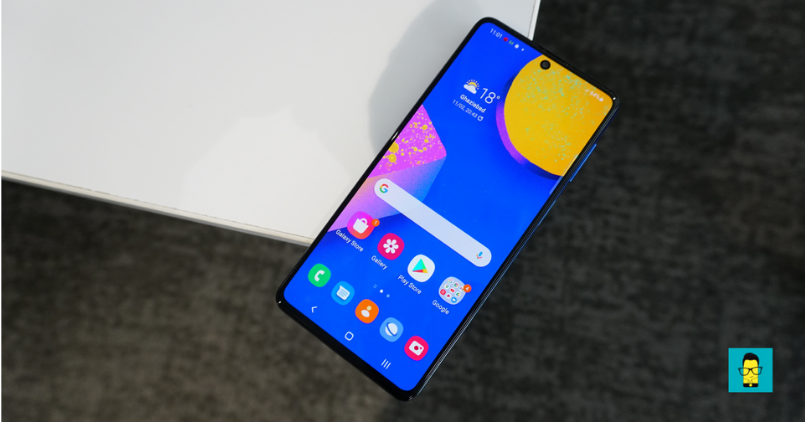 The Galaxy F62 features a punch-hole display, also called Infinity-O display, developed by Samsung. It is a bigger 6.7-inches sAMOLED+ display that can showcase 16 million colours, the brightness of up to 420nits, and has a contrast ratio of 1000000:1. The punch hole display further achieves a screen to body ratio of 86% and comes with Corning Gorilla Glass 3 protection on top.

The display encloses in a pattern metalised gradation back, which the company calls it a laser gradient design. The device comes in three colour variants — Laser Green, Laser Grey, and Laser Blue. For authentication, the Galaxy F62 equips a side-mounted fingerprint sensor. 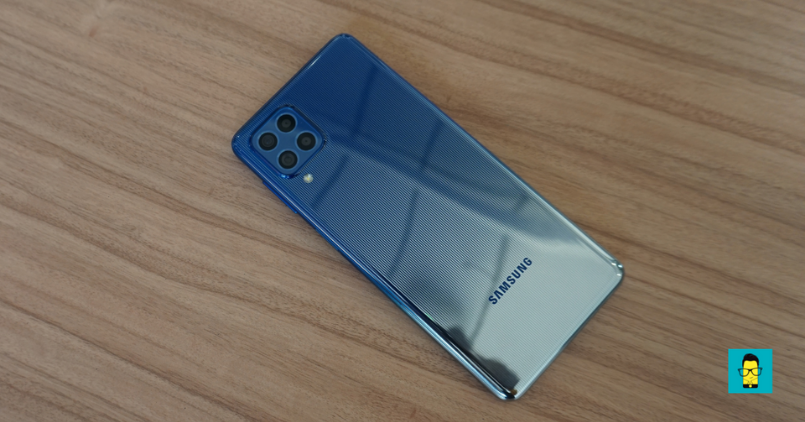 The flagship Exynos 9825 is at the heart of the Galaxy F62 is a 7nm process built SoC utilising four Cortex A55 cores, two Cortex A75 cores, and two M4 cores that can achieve clock speeds of up to 2.73GHz. For graphics, it utilises Mali G76 GPU. The chipset directly competes with Snapdragon 765 and Mediatek Dimensity 800U chipsets in the segment.

In comparison with the 765, the flagship chipset claims to perform 32% better in single-core performance, and 36% better in the multi-core (citing Geekbench scores), according to Samsung. Further brings 26% in CPU and 86% improvements in GPU as per Antutu. The provided scores of these benchmark tests include — the Antutu 8 score >452000, >2400 Geekbench score, and 68 GFXBench 5 score.

On the storage front, the device features either 6GB or 8GB of RAM and 128GB of onboard storage. The software of the device involves Android 11-based OneUI Core 3.1 out of the box. 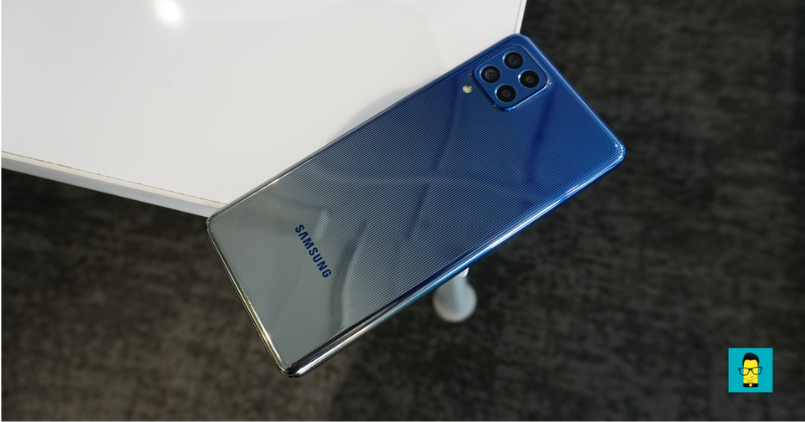 On the front, there’s 32MP sensor housing in the punch hole, which also supports Night mode and supports video recording up to 4K at 30fps. 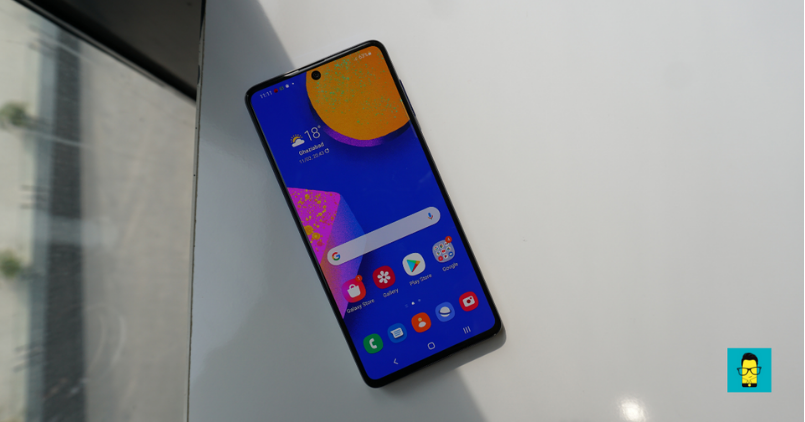 The Galaxy F62 packs in a monstrous 7000mAh battery capacity that supports Samsung’s 25W fast charging. It further features Wired Powershare, meaning the ability to share the power through reverse wired charging (USB Type C-to-C). The company is also including a 25W fast charge adapter in the phone’s retail packaging.