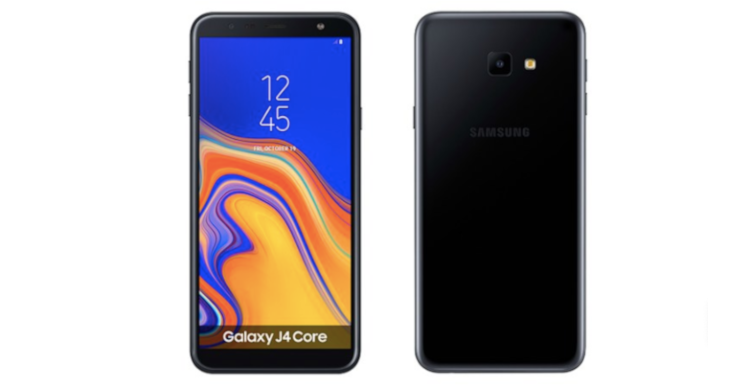 Last we heard Samsung releasing an Android Go-enabled smartphone was in August. The South Korean manufacturer has now introduced its second Android Go handset in India. And it is dubbed as Galaxy J4 Core. The first was J2 Core in case you don’t remember.

The new J4 Core is the bigger sibling and sports larger display and battery capacity for starters. Let’s talk about the full specifications of the Galaxy J4 Core. It runs on Android Go edition of the Android 8.1 Oreo, which is a toned down version and houses lighter apps. And is meant to offer smoother user experience at low-end hardware.

Talking about the internals, it packs a quad-core SoC which clocks at 1.4GHz. It is coupled with a 1GB of RAM. These kind of specifications are unseen even on the handsets in this range. The smartphone flaunts an 8MP on the rear with a f/2.2 aperture. On the front, it has a 5MP shooter for selfies, which houses a f/2.2 aperture lens. Both the camera modules are supported by an LED flash for low-light photography.

There will be a 16GB of internal storage on this Samsung Galaxy J4 Core smartphone, which can be further expanded via microSD card slot up to 512GB. As far as the connectivity features go, it offers 4G VoLTE, Wi-Fi, Bluetooth 4.2, GPS and a micro USB port. The battery capacity on this phone is at 3300mAh. The screen on this device is of 6-inch size and offers 1480 x 720-pixel resolution (HD+).

Also read: Samsung’s One UI will make it easy for you to use large display devices

Unfortunately, the company hasn’t shared the J4 Core price in India. We expect it to be below Rs 10,000. To put things in perspective, its smaller sibling, the J2 Core retails in India for Rs 5,990. Would you be going for the J4 Core or you don’t care about Samsung budget phones at all? Give us your feedback in the comment section below.