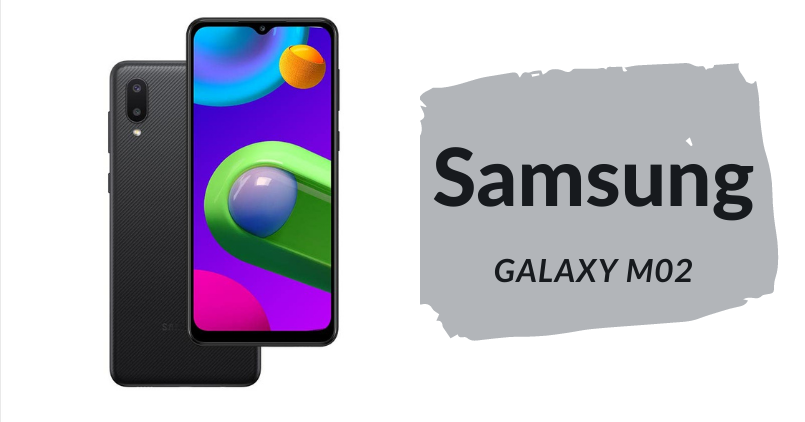 Samsung Galaxy M02 is now official in the country. The new budget phone adds to the current Samsung’s Galaxy M series lineup, which has seen the Galaxy M02s launch, early January 2021. The Galaxy M02 comes as a follow up to the Galaxy M02s, but slightly a toned version, albeit sharing some of the identical specifications. For instance, both feature the same Infinity-V displays, same front and rear cameras, and as well as the same battery capacities.

The Galaxy M02 comes with a bigger 6.5-inches HD+ display. It is an Infinity-V display, in house developed by Samsung, and it beholds the selfie shooter. The display encloses in a textured finish on the back, which slightly resembles a carbon fibre finish.

The device is powered by a MediaTek MT6739W SoC, which is a quad-core processor with clock speeds of up to 1.5GHz. For storage, the device attains either 2GB or 3GB of RAM and 32GB of onboard storage. Samsung is also offering an expandable storage option for up to 1TB through a microSD card. The device ships with Android 10-based OneUI 3.0 out of the box.

For optics, the Galaxy M02 comprises dual rear camera module on the back, featuring a 13MP primary sensor coupled with a 2MP macro sensor. The rear camera can shoot up to 1080p at 30fps. On the front, the budget Samsung phone houses a 5MP selfie shooter.
The device packs in a larger 5,000mAh battery that charges through MicroUSB. The other connectivity options of the device include Wi-Fi, Bluetooth (v5.0), 4G, GPS, and a 3.5mm headphone jack. 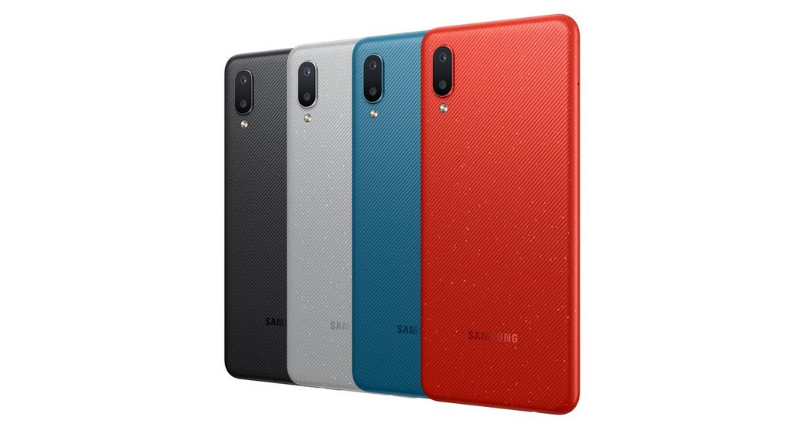 Unlike the M02s, the Galaxy M02, as suggested earlier is a cheaper offering, which starts at Rs 6,999. As part of the introductory offer, Samsung is offering the device for Rs 6,799. The device will be available for purchase on Amazon India, Samsung.com, and other offline retail stores, starting from February 9th. The Galaxy M02 features four colour variants comprising — Black, Grey, Blue and Red.