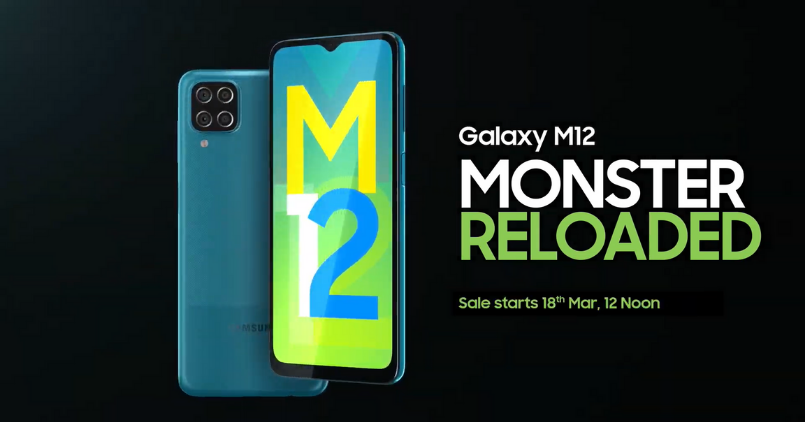 Samsung Galaxy M12 is now official in India. The company’s latest budget offering comes with a few of the highlight features in the segment like a higher refresh rate display, monstrous battery, bigger display and also quad-rear cameras. The M12 comes as the predecessor to the Galaxy M11, launched last year. This phone adds to the current Galaxy M series lineup, which recently completed two years in the industry. As part of the celebration, Samsung is offering Galaxy M series devices cashback offers as part of ‘Samsung Carnival days’ (from March 9th-12th).

The Galaxy M12 comes with a dewdrop notch (Infinity-V) display that measures 6.5-inches. It features HD+ resolution with 90Hz refresh rates and makes it one of the affordable smartphones with high refresh rate displays. It further attains Widevine L1 certification that supports high definition streaming on OTT platforms, like Netflix. For protection, the display gets Corning Gorilla Glass protection on top. The display encloses in a Haze and Matte finish on the back that promises a comfortable grip. It features three colour variants including — Black, White, and Blue. For authentication, it utilises a side-mounted fingerprint sensor. 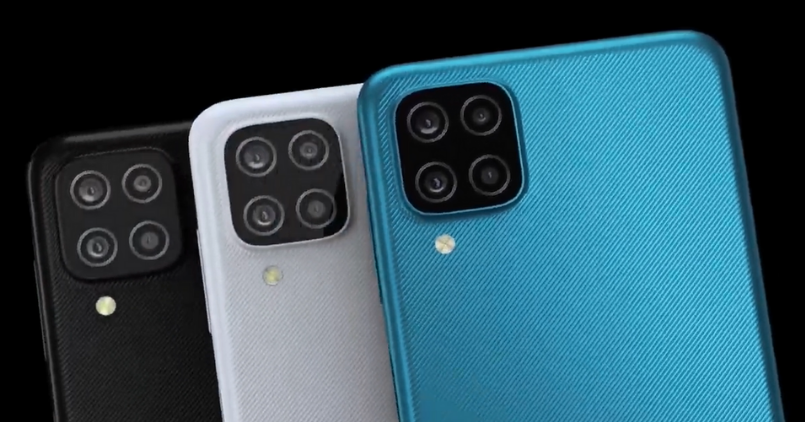 The Galaxy M12 happens to be the first device in the segment featuring Samsung’s Exynos 850 processor. The SoC is built on 8nm process FinFET technology; comprising Cortex A55 CPU, and Mali-G52 MP1 GPU. The device comes with up to 6GB of RAM (LPDDR4x) and up to 128GB of onboard storage (eMMC). There’s a microSD expansion option available for up to 1TB.

In terms of software, the Galaxy M12 ships with Android 11 based OneUI 3.1 out of the box, which additionally comes with one-handed navigation and Night mode as well.

The Galaxy M12 features a quadruple-camera setup on the rear. There’s a 48MP f/2.0 sensor acting as the primary camera, which is Samsung’s ISOCELL GM2 sensor. It is accompanied by a 5MP ultra-wide camera with a 123-degree field of view; further, there are two 2MP depth and 2MP macro cameras. On the front, the device equips an 8MP selfie shooter with features including Selfie focus and Smart beauty modes. 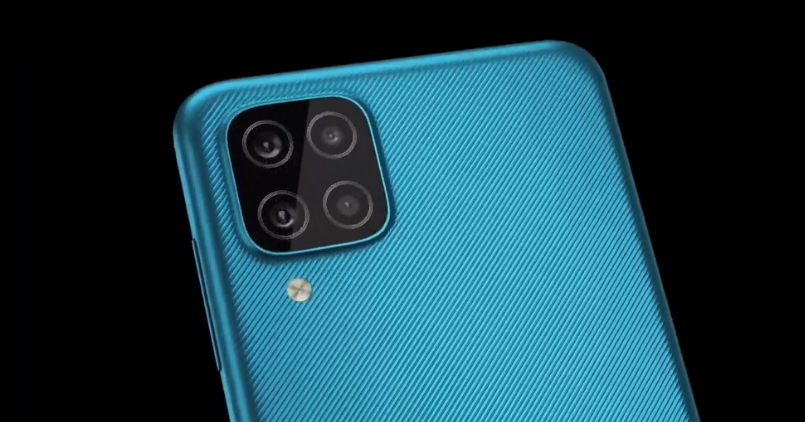 The Galaxy M12 packs in a monstrous 6000mAh battery capacity, under the hood. The battery life when translated to the consumption of content; promises to deliver up to 110 hours of music playback or up to 23 hours of video playback, for instance. The monstrous battery also supports 15W fast charging with the respective adapter provided in the box.

The Galaxy M12 pricing starts at Rs 10,999 for the 4GB+64GB variant, and the larger 6GB+128GB model comes at Rs 13,499. The device goes on sale starting from March 18th; it will be available for purchase through Samsung.com, Amazon India, and select retail stores across the country.