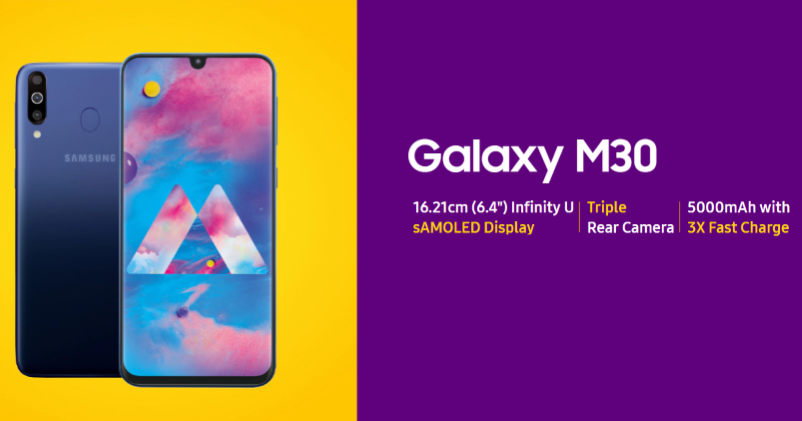 After launching the Samsung Galaxy M10 and Galaxy M20, Samsung has launched its new smartphone in India. It is called Samsung Galaxy M30. The new handset from the brand is priced at Rs. 14,999.

The Samsung Galaxy M30 is powered by a Samsung Exynos 7904 chipset, which comes with 8 Cores and clocks at 1.8 GHz. It is accompanied by up to 6GB of RAM and up to 128GB of internal storage capacity. You can expand it via a microSD card up to 512GB. It will be running on Samsung Experience based on Android 8.1 Oreo. It comes with a fingerprint sensor at the back. As far as the battery life is concerned, its 5000mAh battery juice claims two day’s life.

Take a look at the detail specifications of the new Samsung Galaxy M30 smartphone in the table below.