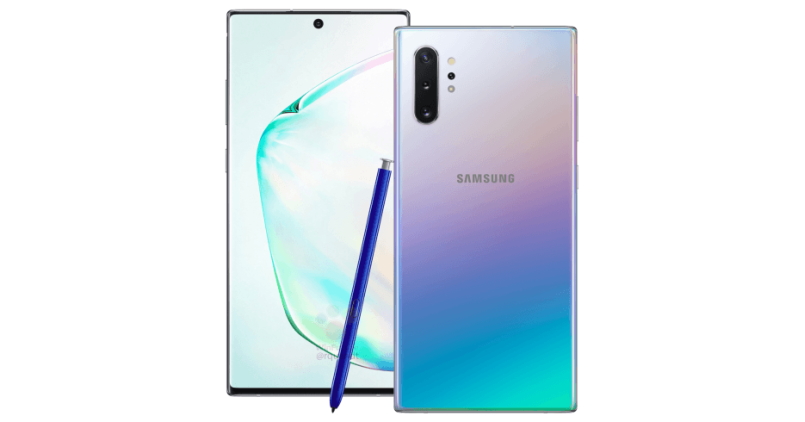 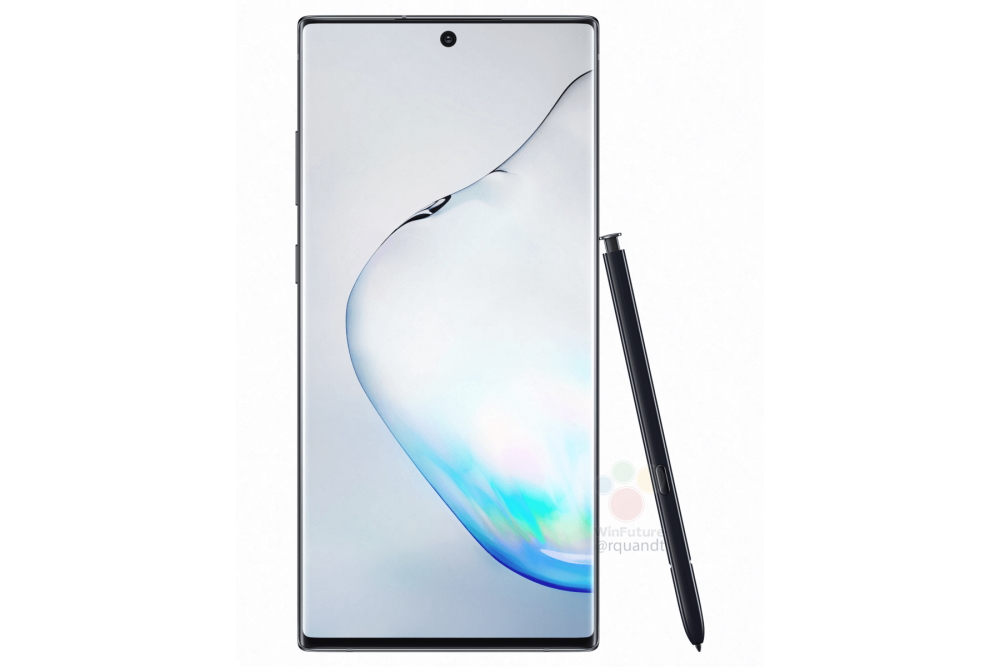 Starting off with the display, the device is said to come with a 6.8-inch infinity display. It will make use of Dynamic OLED technology and achieves a pixel density of 498 PPI with a resolution of 3040×1440 pixels. It also comes with support for HDR10 + and will come with a coating of Corning Gorilla Glass 6 for impact and scratch resistance. It will be an Infinity-O display, owing to the selfie camera cutout at the top.

The Galaxy Note 10 Plus is expected to be a great smartphone in terms of mobile photography. Let’s talk about the rear cameras first. First off, there is a primary 12MP sensor. It comes with three variable apertures, namely from f/1.5 to f/1.8 and f/2.4. Next up, is a wide-angle sensor with a 16MP resolution and f/2.2 aperture. The third sensor is a telescopic lens of 12MP resolution and f/2.1 aperture. What separates the Note 10 Plus from the standard Note 10 is that it will also come with a 3D ToF sensor.

The camera will be able to record videos at 4K 60FPS along with HDR10+. As for the front camera, the device features a 10MP f/2.2 sensor with dual-pixel autofocus and HDR10 + support. While there is no dedicated flash, the screen itself will illuminate to provide a front flash.

Under the hood, the Note 10 Plus is likely to feature the latest Exynos 9825 SoC from Samsung. It is a tri-cluster octa-core processor with clusters of 2.7GHz + 2.4GHz + 1.4GHz. There will also be a Snapdragon variant for select markets. However, we don’t know whether it would be the Snapdragon 855 or the 855 Plus SoC. The Note 10 Plus also offers 12GB of RAM and 256GB of internal storage. Reports suggest that variants with 512GB and 1TB of internal storage are also planned. Speaking about storage, it will come with UFS 3.0 file system. Additionally, users will also get a microSD card slot. Note that this feature will only be available on the Note 10 Plus. You also get Bluetooth 5.0, NFC, and for the first time, WiFi 6 as well. There will also be stereo speakers from AKG as well as support for Dolby Atmos.

The Galaxy Note 10 Plus will come with a beefy 4,300mAh battery, that should aid the kind of hardware it packs in. It also comes with support for 45W fast charging. However, reports do suggest that the charger in the box will only be able to output at 25W. Apart from that, the device will also come with support for fast wireless charging up to 20W. And that’s not all. You also get 15W of PowerShare to wirelessly charge your accessories or other smartphones using your Note 10 Plus.

The highlight of the Galaxy Note series throughout the years has undoubtedly been the S-Pen. The Galaxy Note 10 Plus is no different. This time around, the S-Pen also comes with gestures. It allows you to operate the smartphone without even touching the screen. The pen has 4096 pressure levels and should also be able to get wet thanks to IP68 certification. As for the latency, the S-Pen offers a latency of less than 70ms.