Samsung Galaxy Note 9 Vs Apple iPhone X: which phone should you buy? 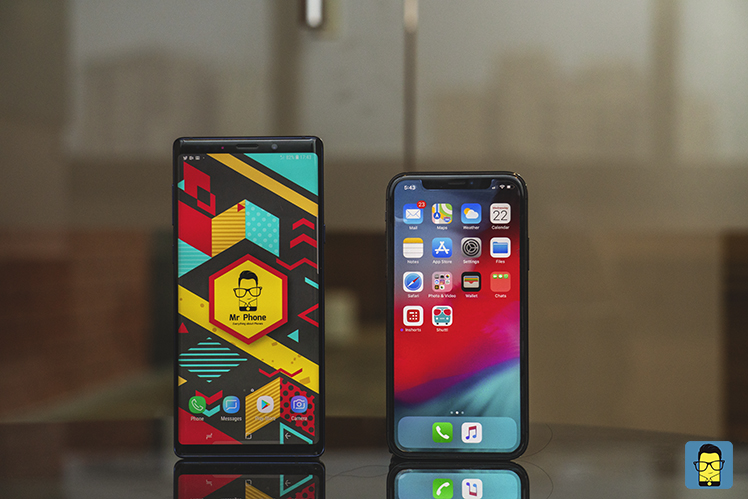 The premium smartphone market is getting redefined thanks to the brands like OnePlus. Nowadays when you go to the market for shopping a flagship smartphone, the price segment isn’t what it used to be two years. With the rise in affordable flagship phones, it will never be the same again. But there still exists a segment which is ruled by the two brands, Apple and Samsung. With its recent entrant Note 9, Samsung has once again challenged the high-end king, Apple iPhone X.

Today, we are here to establish which phone you should be buying if you’re at the crossroads between these two phones. Let’s dive into details.

There is no point in finding out the winner here since both of the handsets have their own comforts. Where the Samsung’s Note 9 is something of a rock star in the realm of large phones, the Apple iPhone X is probably the best comfortable phone you could buy today. The primary difference in terms of build is that Note 9 utilises the Aluminium frame, whereas the iPhone X’s frame is built using Stainless steel. But of course, both the phones come with glass body on both sides. As far as the IP rating is concerned, Samsung beats the Apple with its IP68 rating compared to the IP67. 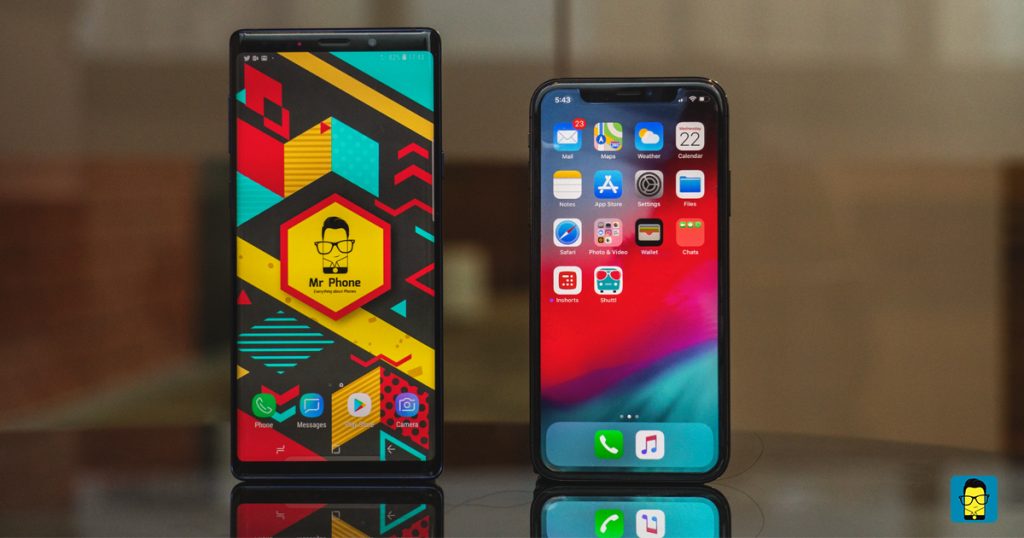 One thing is certain on these two handsets, you’d definitely enjoy the almost bezel-less looks they both offer. While Apple took it far with its notch design, the Samsung tried to keep the chins as smallest as possible. In terms of display specifications, Samsung has an upper hand if you’re someone who likes the large display. A 6.4-inch 2K display against the 5.8-inch full-HD+ display, which directly affects the pixel density difference. Despite large in size, Note 9 has a clear edge over iPhone X as it offers better ppi. Further, the screen to body-ratio is better on Samsung phone.

Concerning the internals on these two phones, Samsung handset comes with an in-house Exynos 9810 processor against its US variant, which packs a Qualcomm Snapdragon 845. Talking about the SoC on iPhone X, Apple claims it is its fastest processor yet. Apple offers a six-core setup which clocks at 2.1GHz, whereas the Samsung phone offers an eight-core setup with 2.7GHz clock speed.

Further, the RAM on iPhone X is just 3GB, whereas the Note 9 offers up to 8GB of RAM. Also, in case you want to expand the storage, Apple doesn’t allow that and Samsung offers up to 512GB of expansion via microSD card slot. Also, there is no fingerprint sensor on iPhone X, instead it relies only on the Face ID. If that is something you don’t prefer, then, Samsung Note 9 is surely a phone you should go with as it offers a fingerprint sensor. And no we are not going to talk about the S-Pen, because that won’t be fair for iPhone X. 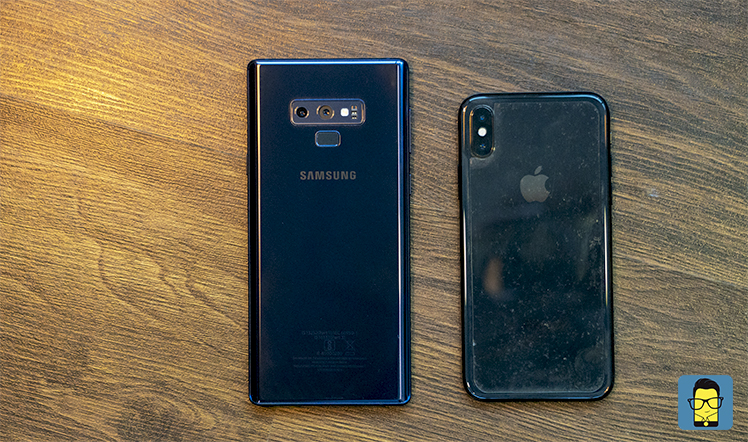 Whenever there is a talk about the camera, these two phones indeed come out to be one of the best in the industry in this price segment. Samsung Galaxy Note 9 comes with a dual 12MP resolution camera setup on the rear, and iPhone X offers the same dual 12MP rear camera setup. But do make a note that Apple offers a telephoto lens as do the Samsung handset. It is quite interesting to note that Note 9 packs a lens that offers a variable aperture as one sees on a DSLR. This lens can vary its aperture size between f/1.5 and f/2.4 according to the lighting condition. Thus helping in capturing the better photos according to the lighting conditions.

Further, both the phone packs optical image stabilization. The front camera on Samsung handset is of 8MP with f/1.7 aperture, while the Apple iPhone offers a 7MP selfie shooter with f/2.2 aperture. Interestingly, the Samsung selfie snapper can record 2K videos, while iPhone X can go maximum to 1080p selfie recording.

With a battery capacity of 4000mAh, Samsung’s Galaxy Note 9 claims to offer an all-day battery life even at a relatively high usage. While the Apple iPhone X indeed comes with a lower battery capacity at 2716mAh, it also claims a day’s battery life. Both of the handsets offer fast charging and wireless charging.

Samsung has clearly made its best Galaxy Note smartphone yet. Looking at the specifications it offers, the South Korean brand has managed to improve its already perfect Note 8. You won’t find big changes, but enough to have a significant impact on the experience. Whereas the Apple iPhone X on the hand is a must buy phone for any user who is on the old iPhone model. I believe a comparison between these two phones doesn’t do justice for the platforms. But if you’re looking to put your hard earned on any phone, I believe the Samsung Note 9 offers better bang for bucks.