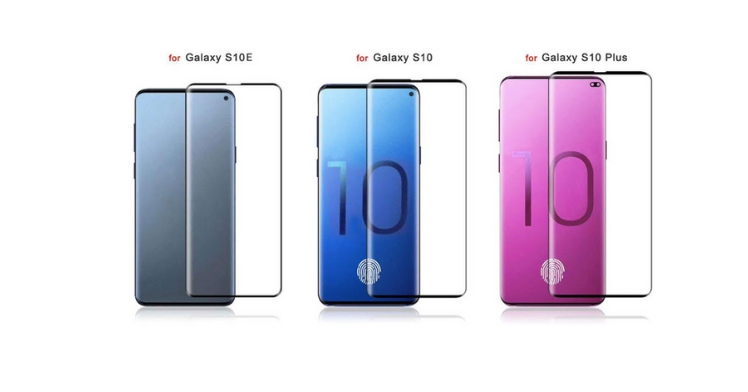 The South Korean giant’s upcoming Galaxy S10 series has been the hot topic everyone is talking about. Its tenth-anniversary series is going to be unveiled on February 20. So, far it has been leaked several times, but unlike Google’s Pixel 3 XL, which was crazy. But with at least a week’s time remaining for the launch, here we are with yet another leak.

GSMArena has obtained what appears to be an official specification list of the Beyond 0, Beyond 1, and Beyond 2. In case you have been living under the rock, these three codenames belong to Galaxy S10e, S10, and S10+. Let’s talk below about the freshly leaked specifications below.

All the three models would be rocking the Infinity-O AMOLED displays (Yes, even S10+ display would be called that) with QHD+ resolution, HDR+ support, and Gorilla Glass 6 protection. The screen aspect ratio would be at 19:9, while there would be a cut-out housing selfie camera(s). Talking about the display sizes, the Galaxy S10e will have a 5.8-inch display, S10 will have a 6.1-inch display, whereas the S10+ will rock at a 6.3-inch display.

Coming to the internal specifications, the Galaxy S10 series would be powered by Snapdragon 855 SoC or Exynos 9820 (harry according to the regions). We already saw that the S10e will come in 6GB + 128GB config, whereas the S10 will pack an extra 8GB + 512GB config. The S10+, on the other hand, is believed to be offered with an extra variant of 12GB + 1TB. Further, the battery capacity on these phones could be at 4100mAh, 3400mAh, and 3100mAh, respectively.

Talking about the camera department, which would be a huge differentiator between the Galaxy S10 models. The S10e is reportedly going to sport dual rear camera setup – 12MP primary wide lens + 16MP secondary ultra-wide lens. The other two variants, S10 and S10+ will pack triple rear camera setup. It will add an extra 12MP telephoto lens for better zoom control.

The selfie camera setup would be interesting on the S10+ since it will have a dual camera setup of 10MP + 8MP, where the primary lens will have f/1.9 aperture and secondary with f/2.2 aperture. The S10 and S10e, on the other hand, will pack a single 10MP f/1.9 shooter. Samsung would be introducing a lot of features like Live Focus, AR emoji, stickers, 10 scene optimiser settings, and zoom effect. The selfie setup will allow a 4K recording, which isn’t the first in the world, as Nokia 8 brought it back in 2017.

What do you guys think of this new set of specs leak of the  Galaxy S10 series? Drop your feedback in the comment section below.