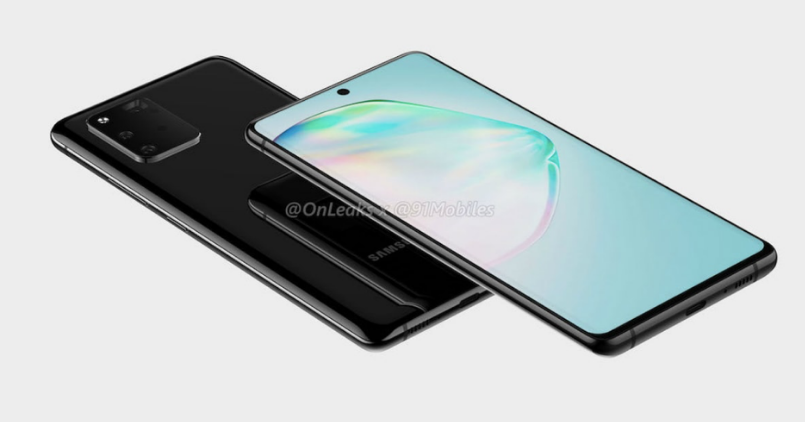 While the entire tech community is eagerly waiting for the launch of Samsung Galaxy S11, a new leak is pointing towards a new Galaxy S10 variant. The alleged specifications of the new Samsung Galaxy S10 Lite have now appeared online which suggests that the phone will sport a 48MP rear camera with new ‘tOIS’ technology to compensate for hand movements while capturing photos and videos.

According to the leak, the Galaxy S10 Lite will run on the Snapdragon 855 processor along with 8GB RAM. This Snapdragon 855 variant is notably going to be offered in all regions including Europe. The phone will reportedly come with 128GB of internal storage which will be expandable via microSD card up to 1TB. You might also get a 4500mAh battery with 45W charging support.

The Galaxy S10 Lite will reportedly be just 8.1 mm thin and if the leaks prove to be true, you might also get a rectangular camera module at the back with rounded corners. In terms of display, the Galaxy S10 Lite might sport a 6.7-inch Full HD+ Super AMOLED panel with a 19.5:9 aspect ratio.

Coming back to the alleged 48MP camera module, you will be able to enjoy the new ’tilt OIS’ feature which is said to have been achieved by allowing the lens to shift its position by an extra few degrees. This arrangement will allow better control during video capture by compensating for the hand movements. The sensor will most likely be the in-house ISOCELL Bright GM2, Samsung’s upgraded 48MP camera sensor.

It will be accompanied by a 12MP ultra-wide-angle lens and a 5MP macro lens. On the front, you will get a 32MP selfie camera. The Galaxy S10 Lite is tipped to come with One UI 2.0 based on Android 10.

What are your thoughts about the upcoming Galaxy S10 Lite? Tell us in the comments.