Home | Comparisons  | Is the Samsung Galaxy S10+ more powerful than the Mate 20 Pro and iPhone XS Max? We find out

Is the Samsung Galaxy S10+ more powerful than the Mate 20 Pro and iPhone XS Max? We find out 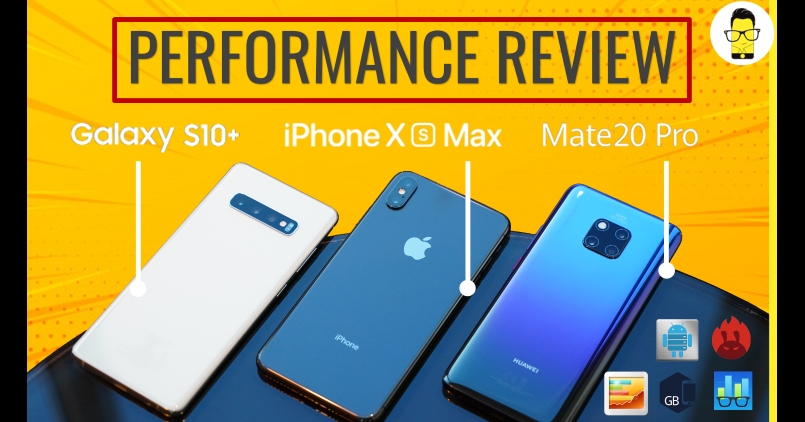 Ever since the Samsung Galaxy S10+ landed in our office, we were most excited for one thing and that is testing out the new Exynos 9820 SoC inside the phone. Yes, we’d have ideally loved to test the SD855 version of the S10+, but we’ll take what we get. Therefore, we’ve decided to put the Exynos 9820 against the A12 Bionic and the Kirin 980 in a three-way battle. Let’s get down to the first flagship SoC battle of 2019!

Before we move on, let’s quickly take a look at the breakdown of the cores inside the three SoCs. You can take a look at the differences. The major differences between the three are two. Firstly, the 9820 is based on an 8nm fabrication process compared to the smaller 7nm die used by Apple’s A12 Bionic and the Kirin 980. Secondly, the A12 Bionic has a six-core chipset configuration and the other two have octa-core configs. Okay, let’s get down to the scores.

First, we ran AnTuTu on the phones. In order to maintain parity between the three phones, we dropped the resolution to FHD+ on the Mate 20 Pro and the S10+. Almost all of us here at Mr. Phone actually expected the iPhone XS Max to lead the scoring but we were pleasantly surprised. The S10+ – and the Exynos 9820 inside it – actually beat the iPhone XS Max and Mate 20 Pro. It scored close to 6000 points more than the XS Max in our scoring. The Kirin 980 scored 2,73,022 points, which is actually lower than even what the Snapdragon 845 can achieve. 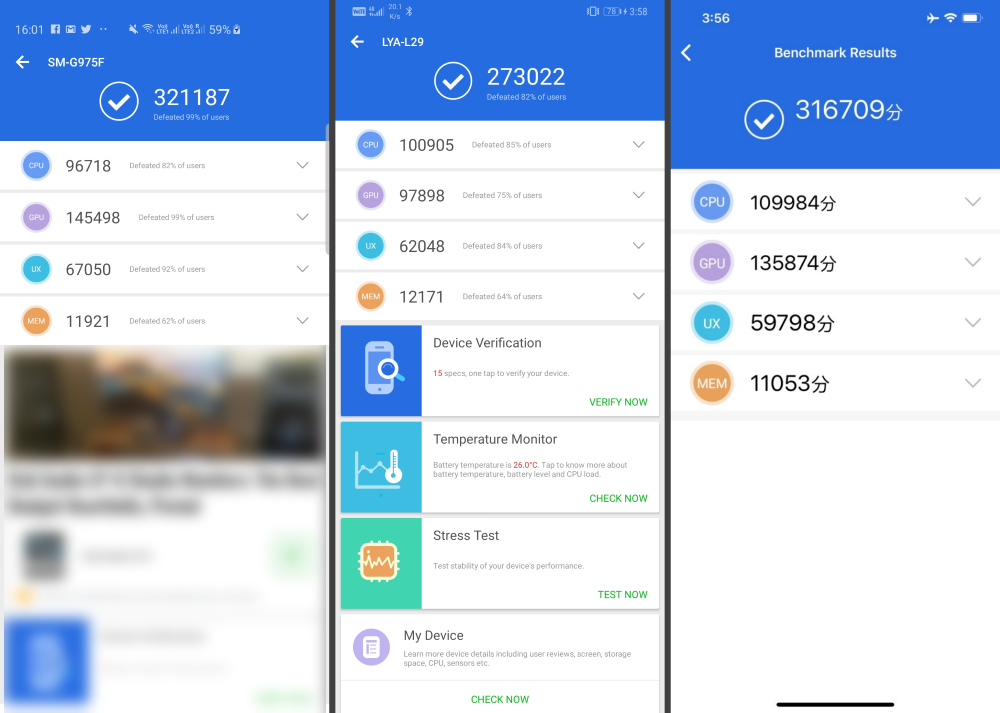 So, we decided to take a deeper look at the breakdown of the scores, and where and how exactly did the S10+ take the lead? Samsung’s homegrown flagship chipset actually takes a tiny lead in GPU, UX, and Memory sub-scores. To think that the Mali-G76 MP12 is actually more powerful than Apple’s custom GPU is really surprising. Only if Android game manufacturers would push the limits of this chipset. Having said that, the A12 Bionic still has a comfortable lead in CPU scores and that leads us organically to the next section.

Coming to one of the most trustworthy benchmarks out there, the Geekbench test. The iPhone XS Max comfortably beats the competition in the multi-core test. Like you can see on your screen, the A12 Bionic has a healthy lead of approximately 1,500 points over the other two. The XS Max takes a lead over the Huawei and Samsung SoCs, in the single-core test too. So as far as pure CPU performance is concerned, the A12 Bionic is still your best bet. 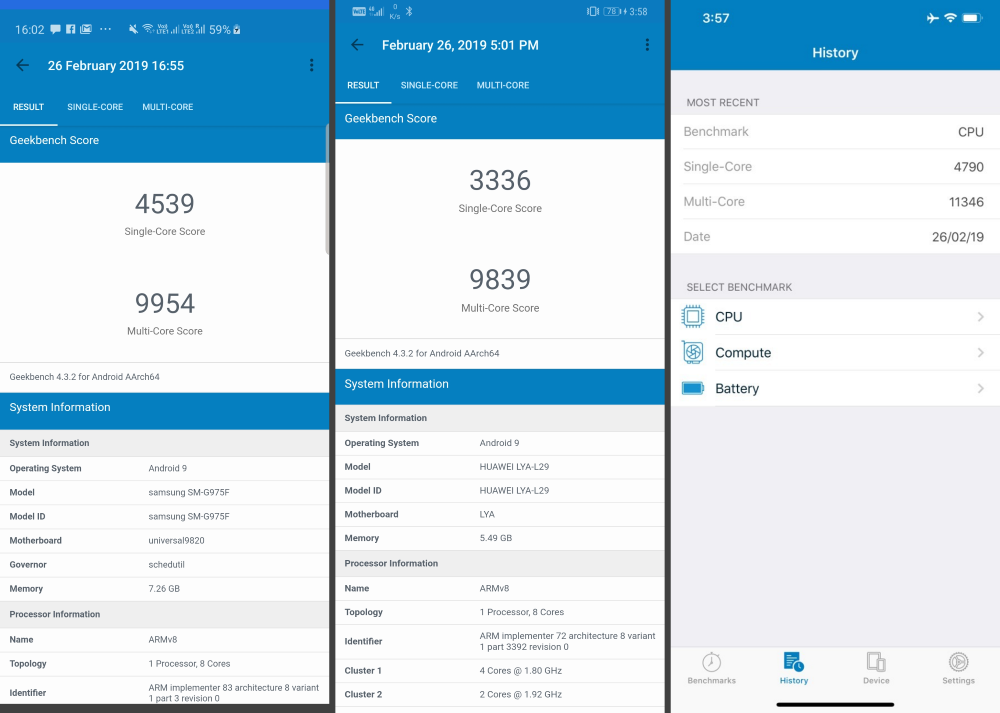 That said, the comfortable lead is dwindling slowly. We can’t wait to see how SD855 affects the scoring and if it manages to trouble the A12 Bionic.

One of the most important hardware inside your smartphone is your storage. Faster flash storage inside phones aids in faster app open times too. And the iPhone XS Max just decimates the competition. Just a point of note here. Androbench, a test we use to find out the read/write speed for Android phones is not available for the iPhone, we used an alternative benchmarking tool called PerformanceTest. So, keep that disclaimer in mind when looking at the scores. Regardless, it is safe to assume that the iPhone offers better storage performance because of the SSD inside it. The other two use UFS 2.1 flash storage. 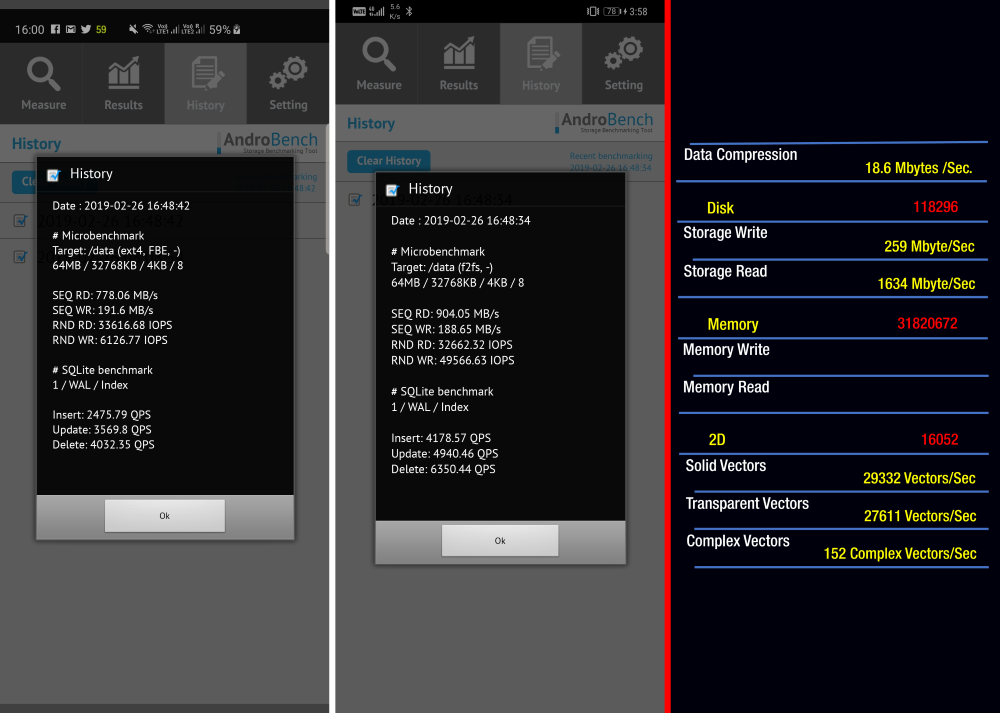 One of our favorite benchmark tests for gauging the gaming performance is the Gamebench test. We shall add a link to download the app in the description below. For the purpose of this test, we played PUBG for 20 minutes. And, we set the graphics to Smooth and the fps setting to Extreme. This helps the phone touch 60fps while gaming. We also set anti-aliasing on and set the auto-graphics to off to ensure that there is no throttling of fps in case it fluctuates a lot.

At the end of the test on the Mate 20 Pro, we got a median score of 60fps and an fps stability of 92%. The phone also touched a max of 40-degrees after the 20-minute session. And finally, the Mate 20 Pro used an average of 949MB of memory. In comparison, the Samsung Galaxy S10+ had lower median fps of 56. Looks like Huawei’s GPU Turbo truly improves gaming performance. In fact, I could actually see some frame drops on the S10+. 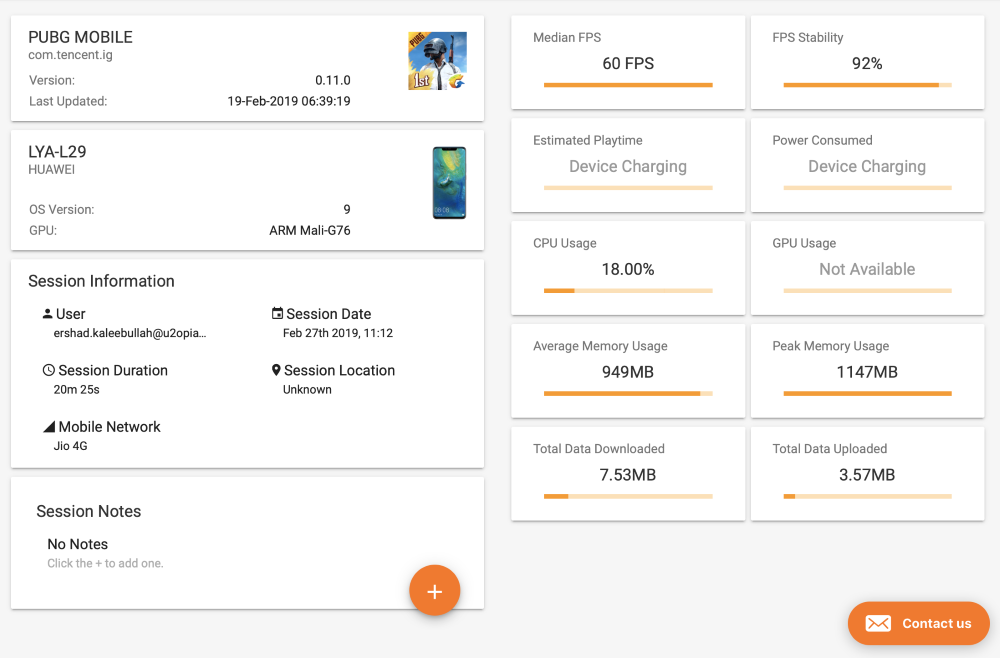 That said, the S10+ reached a peak battery temperature of 38.5-degrees. Which means that the liquid cooling is definitely helping in keeping the device temperature under check. In fact, even when I pushed the phone to its limit in daily use I didn’t notice a considerable rise in temperature. This is great news for Samsung fans. Interestingly, S10+ also uses fewer RAM resources. Gamebench reported an average 649MB of RAM usage on the S10+, so that’s great too. 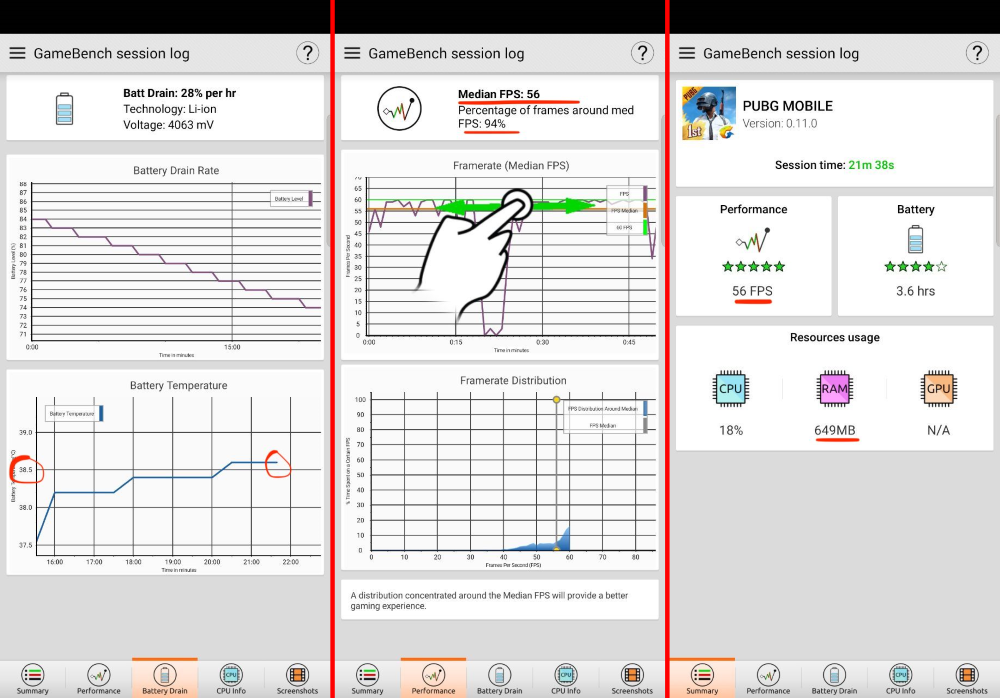 Unfortunately, Gamebench doesn’t offer temperature details for the iPhone. But, I can say this with a fair level of certainty that it doesn’t heat up as much as the Mate 20 Pro or even the S10+ after a 20-minute session. Anyway, the iPhone XS Max had a median of 59fps and 97% fps stability. The most interesting observation from the Gamebench score is that the XS Max used only 455MB of average RAM for the whole session. Evidently, RAM performance is still well optimized on the iPhone compared to an Android. 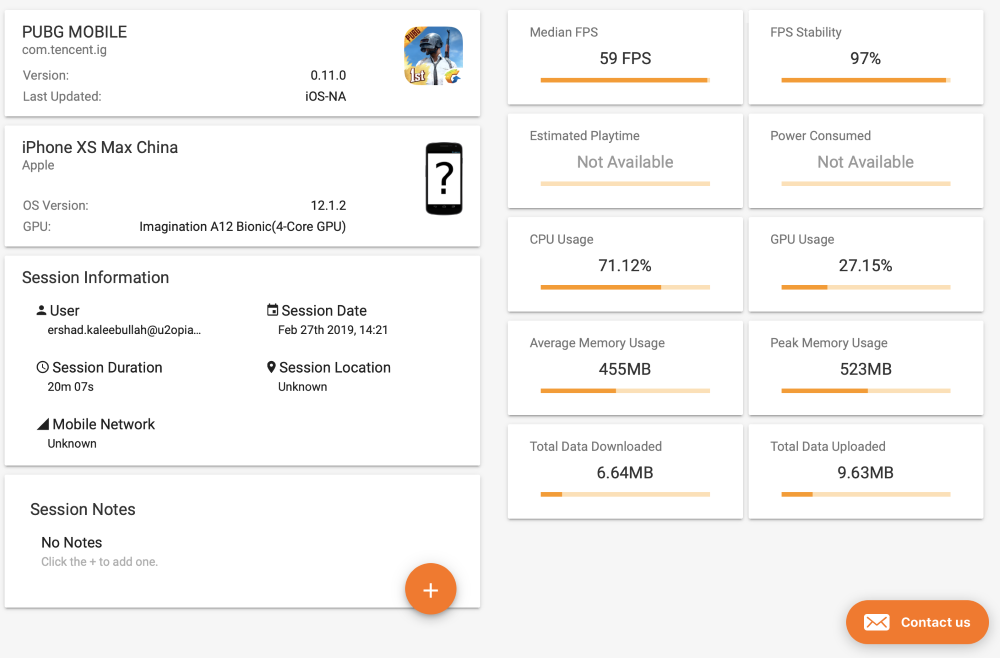 In summary, the Mate 20 Pro offers the best median fps performance but it does heat up a lot. On the other hand, the S10+ despite the great benchmark numbers doesn’t deliver in real-world gaming. The iPhone XS Max could possibly still be the best phone for gaming thanks to the fact that it has an incredible fps stability and it doesn’t heat up too much either.

This was an interesting SoC battle primarily because of the fact that all of them are custom cores made in-house by Apple, Samsung, and Huawei. Three biggies in the smartphone industry that are constantly fighting with each other for the Number 1 spot. In Feb 2019, as it stands, I can tell you that the A12 Bionic still stands tall with its excellent storage and CPU performance. My only concern is the Exynos 9820 needs some optimization for high-end gaming and to unleash the potential of the Mali GPU for real-world performance.

That said, the Exynos 9820 is undoubtedly a massive leap over the Exynos 9810 and firmly places the chipset in the upper echelon of flagship performance. Now, we can’t wait for a Snapdragon 855-toting phone to come to us so we can test the hell out of it too.

Well, those were our results. But what about you? Which processor gets your vote? And do you think that the Snapdragon 855 could beat them all? Do let us know in the comments section below.