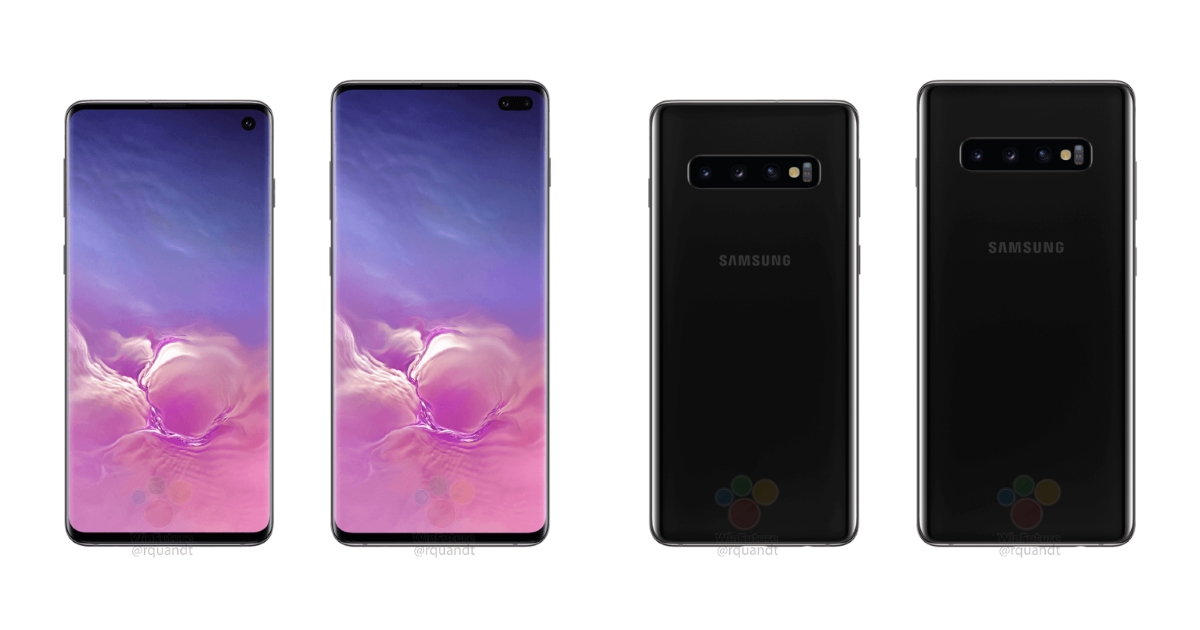 Samsung Galaxy S10 is definitely the talking point of the industry right now, with multiple leaks surfacing the internet. In fact, just last week we discussed the Galaxy S10’s live image leaks. Later on, the official press renders of the Samsung Galaxy S10+, the highest variant, were also leaked. And they showcased the device in its full glory. And now, the color variants of all the Samsung Galaxy S10 and the S10 Plus have also been leaked.

At this point in time, almost every leakster claims to have leaked the official renders. So I would advise taking everything with a bit of salt. Now that we have that cleared, the new leaks come courtesy of Roland Quandt. And without wasting any more time, this is what the Samsung Galaxy S10 and the Samsung Galaxy S10+ will look like:

The Galaxy S10 will have a single sensor on the front camera, while the more expensive and larger Galaxy S10 + even has two cameras in a pill-shaped cutout. On the back of both models are probably again identical. Samsung has installed three cameras here in a horizontally arranged row, which is also supplemented by the LEDs for the flash and the heart rate monitor. As for the colors, the customer initially has the choice between black, white and green, while the Galaxy S10e also a yellow variant is expected. A little later, even blue models of the new S10 series are likely to be introduced.

As of now, there is little to none known about the device. We do know that the device will be powered by the recently launched Exynos 9820 chipset. Also, at least one variant of the device will have a triple-camera setup at the back alongside an in-display fingerprint sensor up front. We will have to wait till the official launch to see what Samsung has in store for us.