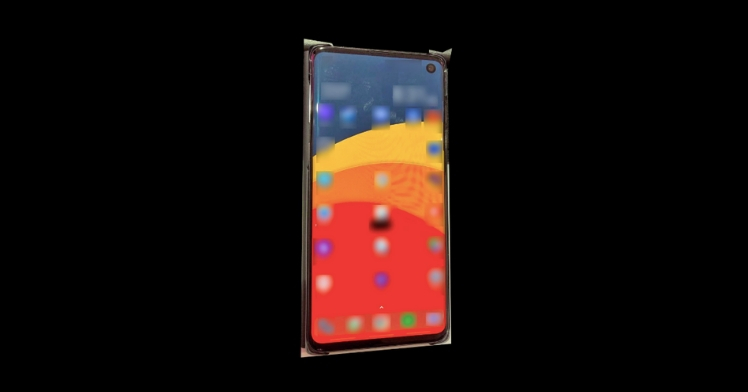 We all know for a fact that Samsung is going to introduce its next flagship smartphone soon. Dubbed as the Galaxy S10, this new Samsung phone has been leaked quite a number of times by different sources, but it hasn’t been by Evan Blass until today. The popular leakster on Twitter who goes by a handle, @EVleaks shared an image of the Galaxy S10. This single image marked by the caption, “Samsung Galaxy S10 Beyond 1”, showcases the front design of the upcoming device.

Samsung Galaxy S10: yet another leak!

From the previous rumour reports, we knew for a fact that Samsung is probably going to introduce a cutout selfie camera inside the display to keep the design as bezel-less as possible. From the looks of the image shared of the alleged Galaxy S10, it seems to be true.

The icons inside the screen have been blurred out and the image particularly isn’t high on quality. This might be a most irrelevant leak from the Evan considering his track record of sharing high quality live images/renders of the phone.

In one of his tweets, he highlights that this year he has shared the first Galaxy S image three weeks ahead compared to the dates of previous models leaks. Maybe this time the leakster just wanted to aboard the leak train earlier since there are many leaks sources these days as compared to three years ago.

Samsung is all set to unveil its new Galaxy S10 line before the MWC 2019 hits. If you want to know further about the price, availability and specifications of the Galaxy S10 head over to our previous articles linked in this article.

Are you guys excited about the Samsung Galaxy S10 or not? Let us know in the comment section below.