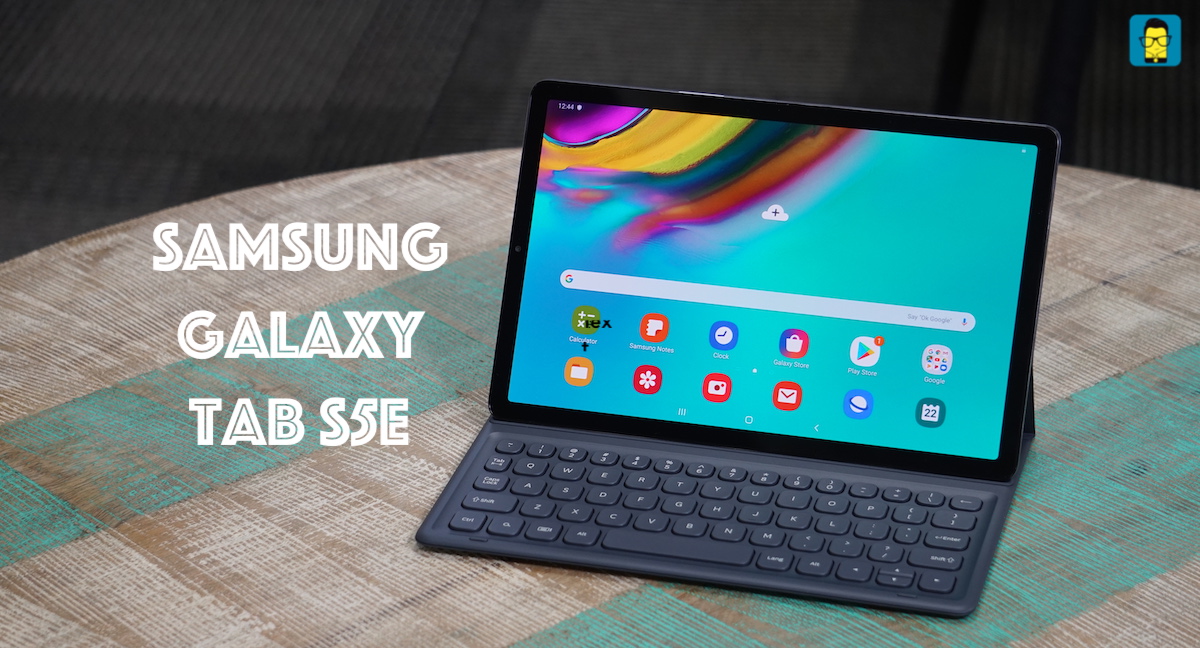 With Google officially exiting the tablet business, I wouldn’t blame you if you presumed that Android tablets are all but dead. But that is where you’d be wrong, my friend. There’s a brand that is marching on, fighting that fight. Yup, you guessed it right – it is Samsung.

The latest Samsung tablet to launch in India is a Samsung Galaxy Tab S5e. This is a super-mid range tablet with a large 10-inch display. And, for all intents and purposes, the Tab S5e is a precursor to the flagship S5. Let’s get down to my first impressions of the tablet after using it extensively for two days. 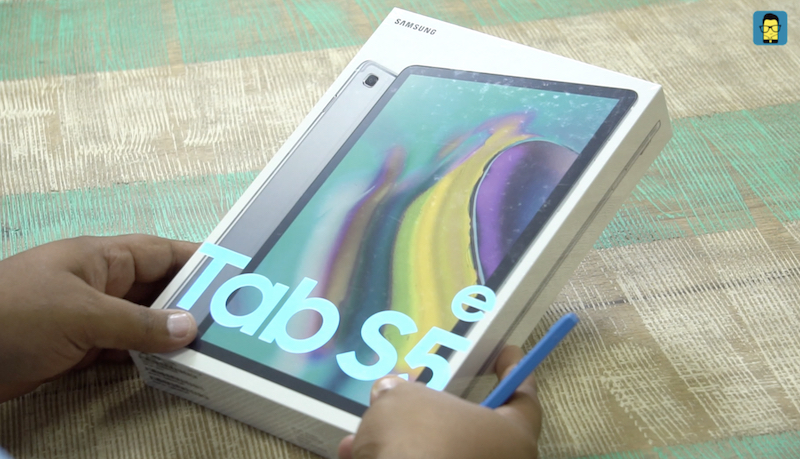 The Samsung Galaxy tab S5e straight out of the box is one attractive slab of metal. And, this slab is only 5.5mm thin and 400g light. And, the rounded corners with the soft touch metal make it easy to hold and use as well. As it stands in 2019, this is the slimmest tablet we’ve seen yet and possibly the most ergonomic 10-incher a well. The rear metal back-plate includes the 13MP primary camera and antenna lines like the iPhone 6. That definitely looks odd in 2019. Also, it is weird that our Wi-Fi-only variant has these lines. 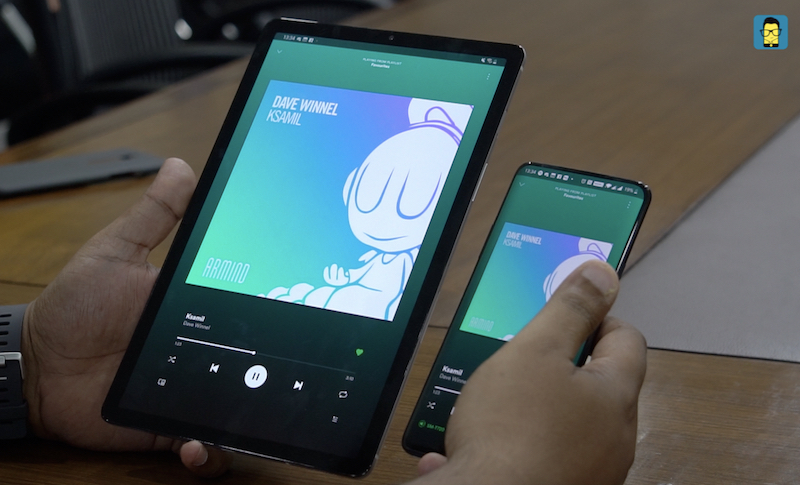 But there is no denying that the Galaxy Tab S5e has a modern aesthetic on the front and looks very identical to the iPad Pro. I say that mainly thanks to extremely narrow bezels around the 10.1-inch display. I absolutely love the screen real estate on offer here. Oh, and there is an 8MP front camera on the top portion of the display. At the bottom, you get a Type C port and two speakers flanking it. You also get the power button with an in-built fingerprint scanner and a volume rocker on the right edge. This scanner is as fast as the one on the Samsung Galaxy S10e. The dock points for the keyboard dock sits on the left.

That’s not it though, you get speaker grilles on the top as well, which makes it a quad speaker setup with support for Dolby Atmos. This is the first time I’ve seen Atmos make any effect whatsoever in a portable mobile device. The four speakers sound excellent and rich. In fact, these speakers definitely sound better than the dual speaker setup on the iPad Pro. But for all that speaker love, it is weird to see that Samsung has removed the headphone jack. It makes sense because otherwise the tablet cannot be engineered to be so slim. Also, Samsung bundles a Type-C to 3.5mm jack inside the box and that’s one less reason to worry about the disappearance of the jack.

Now, coupled with these excellent speakers you get an equally great 10.1-inch QHD+ display. This Super AMOLED panel has an aspect ratio of 16:10, making it great for watching widescreen videos compared to the 4:3 display on any iPad from the iPad Mini to the iPad Pro. As a matter of fact, it is a treat to watch videos on the Galaxy Tab S5e’s display. Oh, it has support for Widevine L1, which means you can watch your streaming content in HD. But, the display lacks HDR support, which, for its price, is understandable and one can’t really complain here.

Samsung Galaxy Tab S5e hardware and software: not the ideal specs for the price

Now internally, the Galaxy Tab S5e is definitely underpowered with its SD670 SoC. In comparison, the iPad Mini with its A12 chip is tailor-made for gaming. I tried PUBG and it defaults to High graphics. The gameplay was also smooth without any lag. So, that’s definitely good. But, I have to say that looking at jagged edges on such a high-resolution display was a major letdown. Although, COD Mobile looks quite a bit better and works smoother as well. You can play high-end games on the tablet but that shouldn’t be the only reason why you buy it. 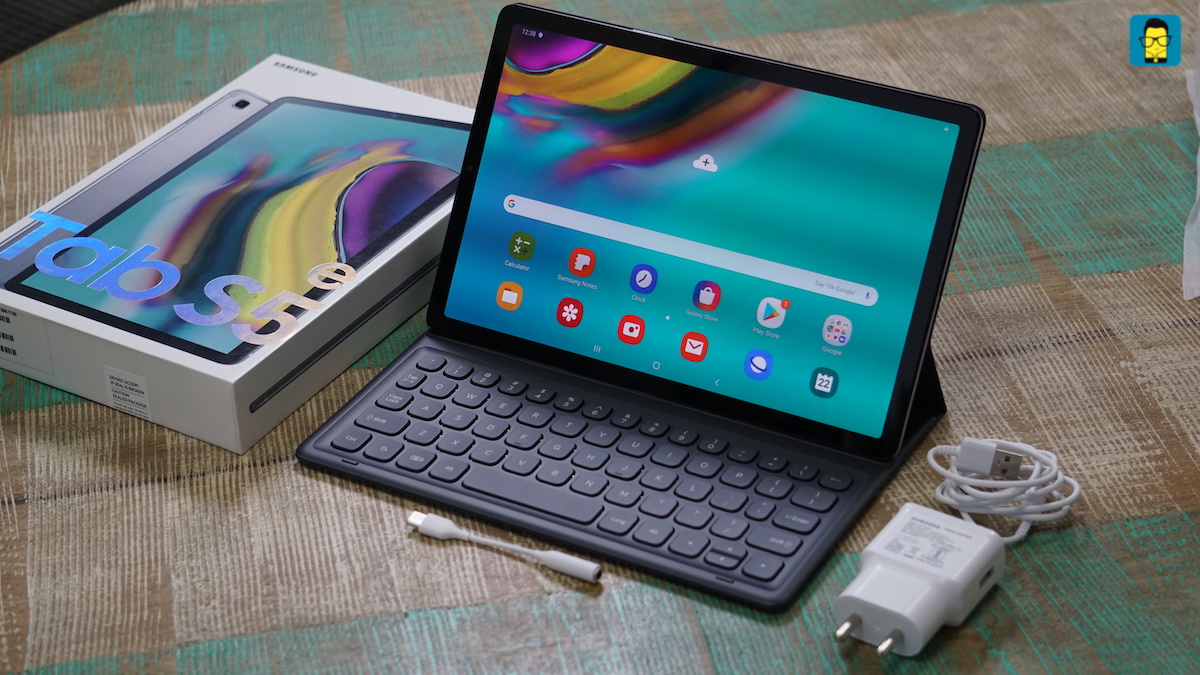 Powering all this is a massive 7040mAh battery with support for fast charging as well. By the way, here are a few pictures from the camera. There’s not much to talk about it though. And yeah, please don’t take photos with a tablet. Thankfully, I don’t see many people doing it nowadays considering phones are the size of tiny tablet anyway.

Samsung Galaxy Tab S5e additional features: you get some, you lose some

As for additional features, let’s first talk about the one thing that you don’t get with the Tab S5e and that is the fact that there is no S-Pen support. That would’ve sweetened the deal even further in my opinion. That said, there is in-built support for Samsung’s DeX mode, wherein you can switch from tablet to desktop mode with the flip of a button. Now, this desktop mode is very useful if you want to work with multiple windows. Fun fact: I wrote this entire piece on Microsoft Word with the India-Afghanistan match streaming on the side on Hotstar. It worked seamlessly. 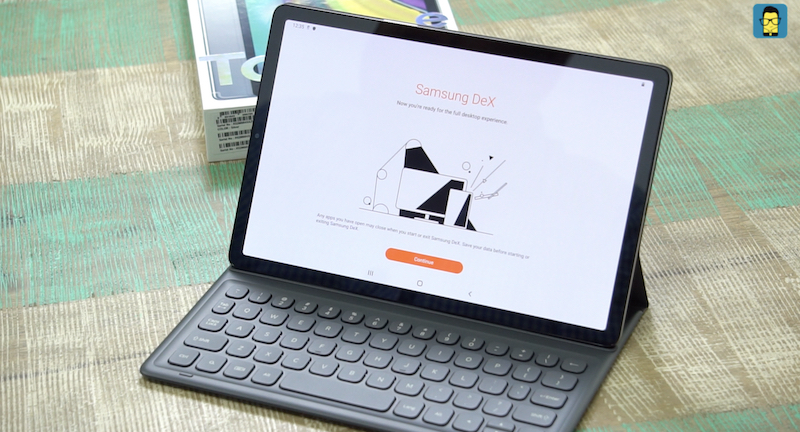 However, while DeX mode is pretty interesting it has a small list of supported apps that work in full screen. A lot of the apps that support DeX mode are productivity or enterprise-based actually. If you are a suit working in a corporate setup, you are going to appreciate this tablet and how it synergizes the tablet and desktop mode to enhance the user experience and increase productivity.

Well, I am no suit, so I shall use DeX mode more intricately for the full “general consumer” review of the Tab S5e. Coming to the book cover keyboard, it fits the tablet nicely but to hold it with a folded keyboard is a little annoying. The keys are slightly cramped on the keyboard and the keys are slightly mushy to press as well. But this is a tablet attachment we are talking about.

I got used to typing fast on this keyboard in a matter of an hour. Also, the fact that the keys are raised and you get some sort of travel in the first place is a good thing in and of itself. Overall, for the bundled price of Rs 3,500, the Tab S5e book keyboard case is a no-brainer really. Although, after the discount period the price goes up to Rs 7,999 and that could be expensive. 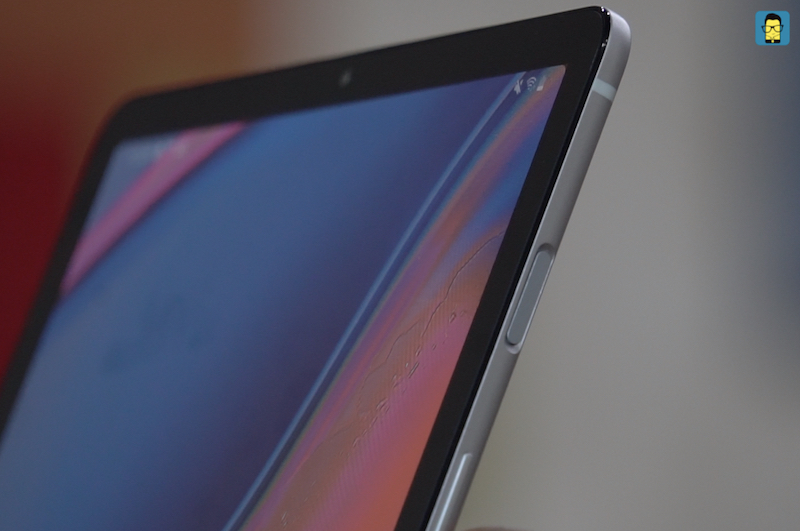 After spending a couple of days in Galaxy Tab S5e, I am convinced that this tablet has it easy with little to no competition in its category. And, it is bound to fly off the shelves at least offline. The closest competitor to the Tab S5e has to be the iPad Mini or last year’s 9.7-inch iPad. These are priced around the same as the Tab S5e. But, there are legit reasons why the Tab S5e could be better options compared to the iPads and vice versa. For one, the Tab S5e has a wide-screen aspect ratio with a Super AMOLED panel that gives you rich blacks. On the iPad’s side, you have more raw power and a better, more optimized software now with iPad OS. 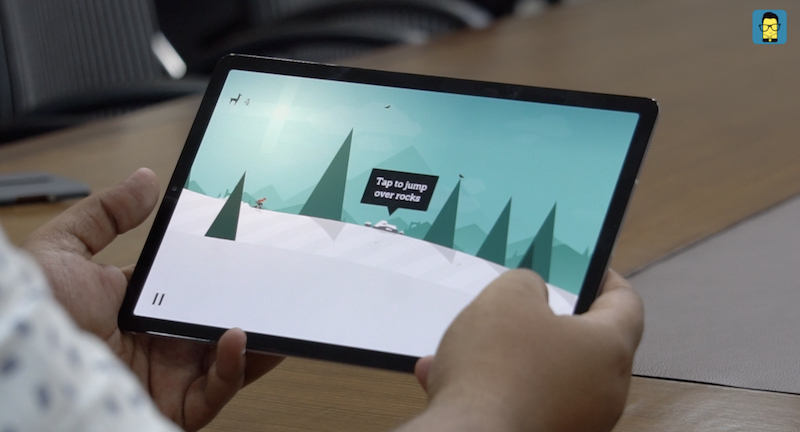 You know what, I shall discuss more in detail in my full review or else there’d be nothing left for that article. So yeah, keep watching this space.