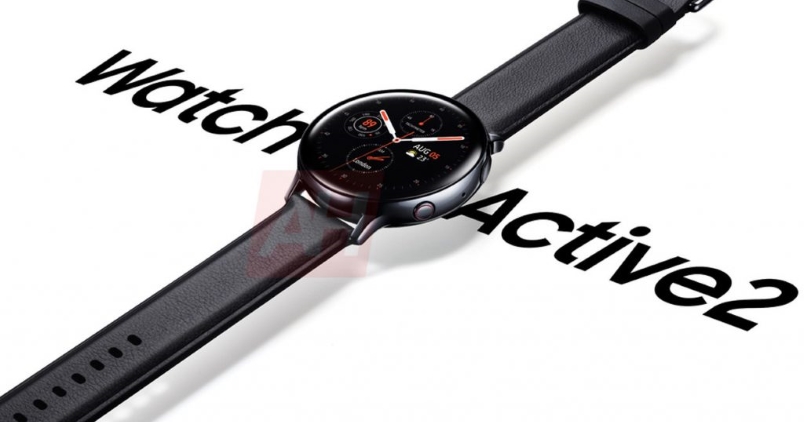 Just a couple of weeks ago, Samsung had launched a trio of new fitness bands in India. They were globally launched and later were announced for Indian audiences. One of those was the Galaxy Watch Active. Now, it seems like its updated model would be coming soon as well. New renders surrounding the Samsung Galaxy Watch Active 2 are here.

New leaks surrounding the Samsung Galaxy Watch Active 2 have surfaced the web. According to the reports, the device will be launched with a large AMOLED screen without the rotating bezel. Additionally, it will also come with a microphone on the right side, sandwiched between the two buttons and a leather strap. It will come in two dial sizes, 44mm, and 40mm. What’s more, is that you will also get WiFi and LTE models with 237mAh and 340mAh battery, respectively.

The watch is also said to come with ECG support. This will allow users to take an electrocardiogram right from their wrist, capturing heart rhythm in a moment when they experience symptoms like a rapid or skipped a heartbeat and helping to provide critical data to physicians. Adding on to it, the smartwatch will also support fibrillation or Afib notifications. This will be done by occasionally checking heart rhythm in the background. There will also be Fall Detection which utilizes a next-generation accelerometer and gyroscope to identify when hard falls occur and send the user an alert.