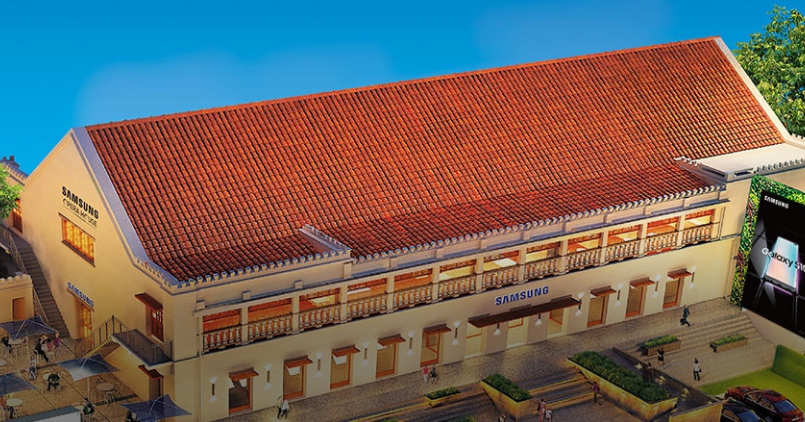 What do Indians most likely to do in a summer season? Everybody in the country is familiar with it – Watch IPL. Started more than a decade ago, the IPL has transformed the summers in India. While people these just like to watch the cricket on their big home screens, chilling in summers. Samsung & JBL would like you to get moving as the company is hosting a Gully Cricket festival at its world’s largest mobile experience store.

The Samsung Opera House in Bangalore, state of Karnataka is hosting a gully cricket festival starting today. If you’re in the city, the company would like you to walk into this giant store and have some great time. Relive your cricketing days!

For this event, the company has converted the plaza at Samsung Opera House into a cricket pitch. There are lots of goodies up for grab for the winners. Bring back your childhood memories of India’s most popular sport. Don’t just sit and watch the IPL this summer, be a part of cricketing fever this season. It is what Samsung has got planned for people.

If you stay in the city or just visiting it, this cricket festival promises fun time and rewards as well. Talking about the game that will be conducted at the venue. Eat player is said to be given 3 overs to play and enjoy per game per side. Besides the runs, there will be black spots wisely aligned within the net to puzzle the player.

The winning team will get discount coupons from JBL/Harman products. As well as there will be free IPL tickets up for grab at the venue. Samsung has created a setup similar to any IPL stadium where you see a DJ playing great numbers and cheerleaders motivating players.