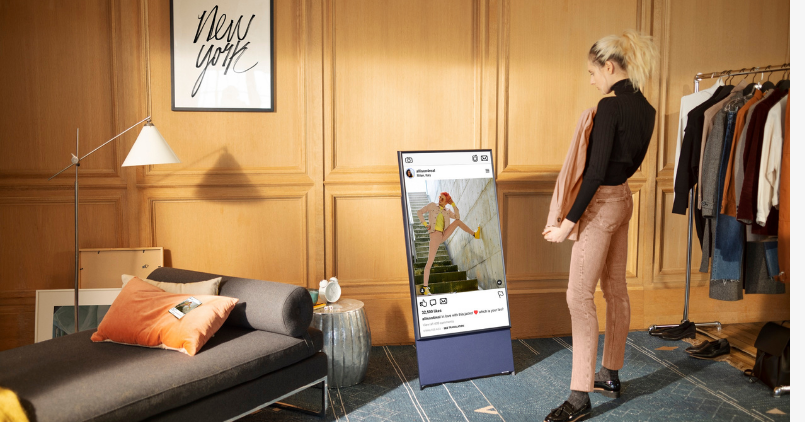 Samsung has announced The Sero; it’s a TV which can flip and show content horizontally or vertically. It claims to be the first mobile optimised TV in the world and falls under the ‘lifestyle TV’ category under Samsung’s wide range of TV lineup.

The Sero from Samsung comes in a new design aesthetic. It is a rectangular screen, which can rotate similar to your mobile screen interface, i.e. in horizontal or portrait orientation. The Sero comes with a navy blue stand on which the screen is mounted. The hinge allows The Sero to achieve a 360-degree design, which further makes the claimed orientations easier. Due to its flexible design aesthetic, The Sero claims to be a space saver in compact environments. 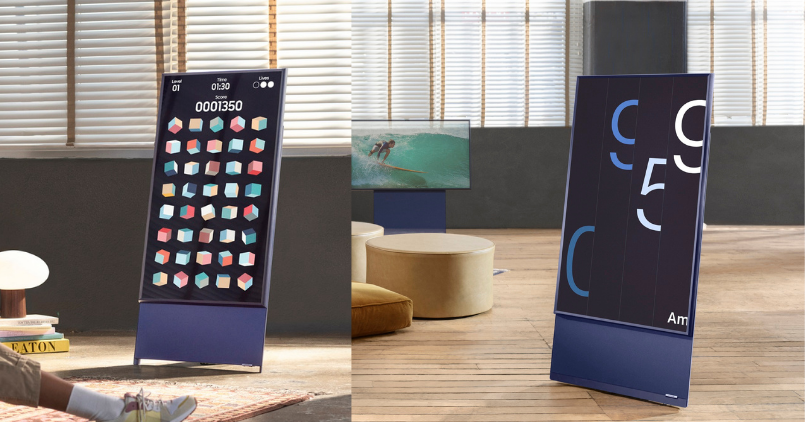 The word ‘Sero’ means vertical in Korean and hence the name. Along with the vertical orientation, the TV can change its orientation to horizontal and vice versa through a flick of a button on the remote control. This enables the user to watch content in its original form. For instance, a user can view Instagram’s IGTV vertical video format in the vertical orientation, and the horizontal content in the respective orientation, which is convenient. Samsung says that this TV is also optimised specially for such social media content, gaming and streaming services.

The TV features in a 43-inch display which integrates Samsung’s QLED technology. There’s a navy blue bezel, which acts as a stand. The display additionally features Adaptive Picture+ and AI Upscaling feature as well. The content that can be viewed on this new kind of TV includes social media like Instagram and streaming apps like YouTube.

Along with the bigger 43-inches display, the TV also equips with 4.1 channel 60W front-firing speakers. A user can pair it with Bluetooth, and the company promises to deliver impressive audio at lower frequencies. For better audio output, there’s Active Voice Amplifier (AVA) integrated into the TV. 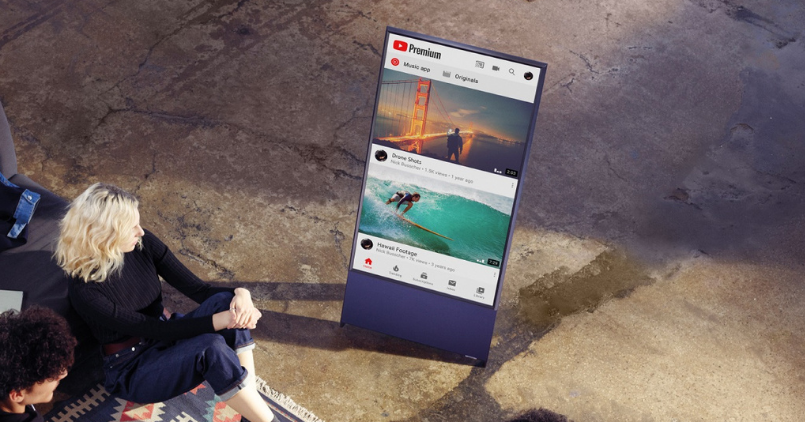 The Sero is also designed to suit users’ spaces. There’s Ambient Mode+ feature built-in, which can analyse the light in the surroundings and can adjust or match accordingly by showing useful information like Date and Weather. Also, there’s Ambient display mode, where a user can set a wide range of wallpapers suited to their needs.

The Sero — Availability and Pricing

The Sero is currently available for sale in India. It can be brought exclusively at The Reliance Digital stores for a whopping price of Rs 1,24,990.